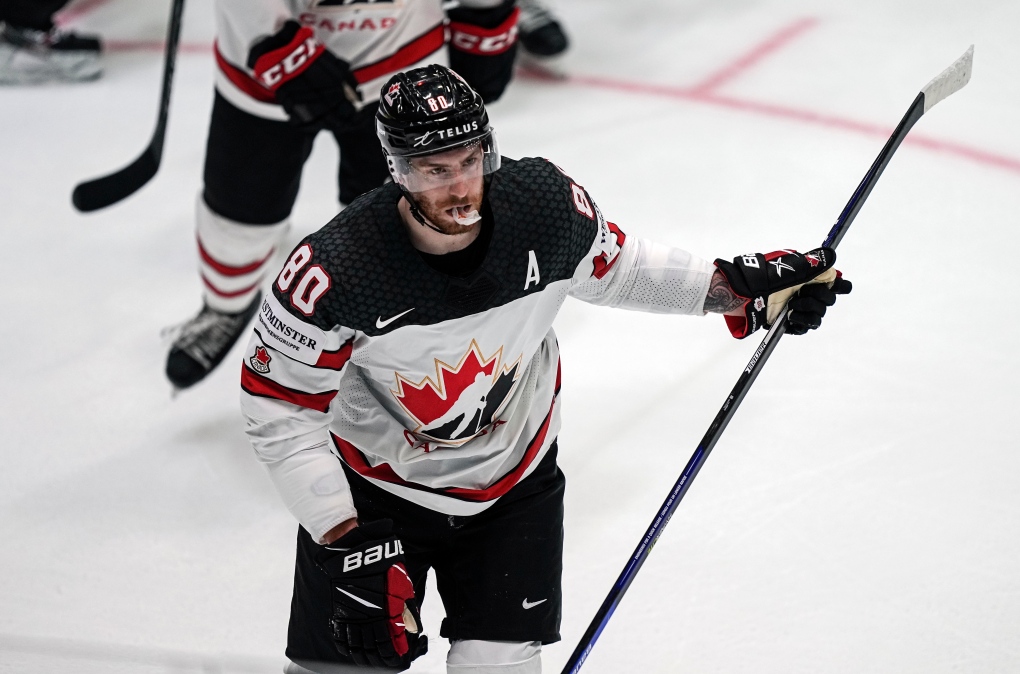 Pierre-Luc Dubois of Canada, in front, celebrates with his team after he scored his side's third goal during the group A Hockey World Championship match between Slovakia and Canada in Helsinki, Finland, Monday May 16, 2022. (AP Photo/Martin Meissner)
HELSINKI -

Pierre-Luc Dubois scored twice as Canada remained undefeated at the world hockey championship with a 5-1 win over Slovakia on Monday.

Dubois scored the winning goal at 26:11 of the second period and added his second of the game less than 12 minutes later.

The Winnipeg Jets centre has four goals and an assist for defending champion Canada, which leads Group A with nine points from three regulation wins.

Adam Lowry and Morgan Geekie each had a goal and an assist for Canada, and Cole Sillinger also scored. Dylan Cozens and Josh Anderson each chipped in two assists.

Logan Thompson stopped 34 shots for Canada, while Adam Huska made 39 saves for Slovakia.

'We cannot pause our lives': Ukrainians begin rebuilding amid war with Russia

Ukrainians are gradually returning to life a few months after Russian troops retreated from the northern Chernihiv region. Now, people are repairing homes, and the sound of construction tools fills the air. Volunteers from all over Ukraine, and from other countries, are coming to help because there is so much to do before another winter approaches.