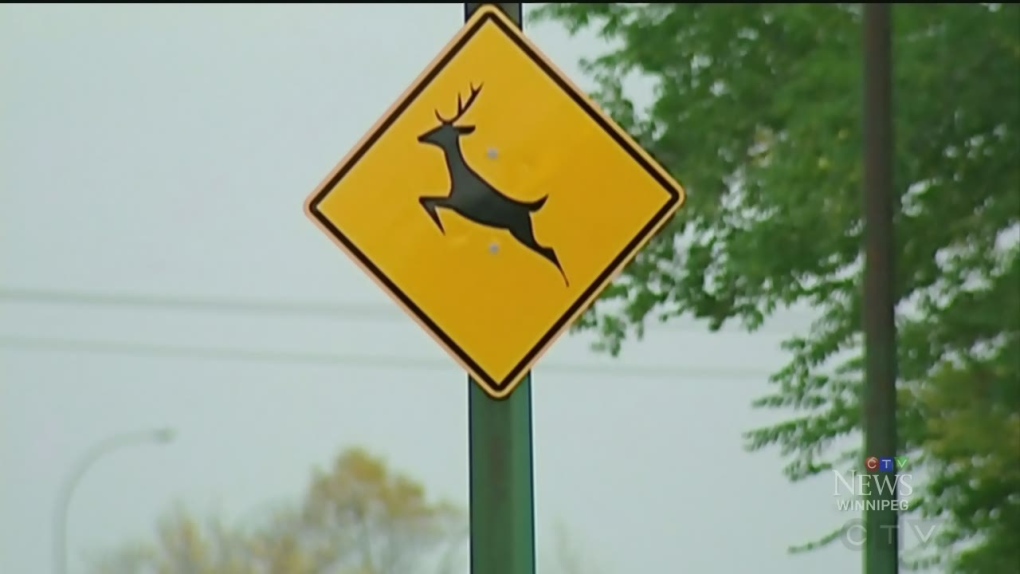 WINNIPEG -- More drivers are hitting deer in Manitoba’s Eastman region than anywhere else in the province. Manitoba Public Insurance is warning drivers to stay alert, especially at this time of year.

MPI said there are about 8,000 vehicle collisions with deer each year in Manitoba. An average of 1,800 of those collisions happen in the Eastman region, which includes the communities of Steinbach, Lac du Bonnet, Anola, Birds Hill Park, and Falcon Lake. Eastman has remained the area with the highest number of deer collisions.

MPI said Winnipeg dropped one level on the list of top vehicle-deer collisions, down to number seven.

“At this time of year in particular, there’s an increased likelihood of encountering these animals when travelling through these zones. Awareness is one key to preventing a collision,” Satvir Jatana, vice-president responsible for MPI Communications, said in a news release. “Our goal is to see that reduced through education, awareness, emerging driver-assist technologies, and drivers taking preventative steps.”

MPI said it is working with the City of Winnipeg to place high-visibility signs in areas where a lot of drivers hit wildlife. MPI said more than a dozen of these areas have been identified within Winnipeg. Riding Mountain National Park also has a high-visibility message board warning drivers of the potential danger, MPI said.

“These high visibility message signs tell drivers to remain alert for deer, and watch for them, in these high collision areas,” said Jatana. “It’s important that drivers are aware when they’re entering an area where deer frequent, and pay close attention to their surroundings. The boards are up during what is typically the highest collision period.”

HOW TO STAY SAFE

On average, about 400 people are injured in wildlife-related collisions each year, with more than 11,000 wildlife collisions happening in the province each year, MPI said. Over the past 10 years, six people have been killed in a crash caused by an animal on the road.

MPI has some tips to keep drivers safe on the road: