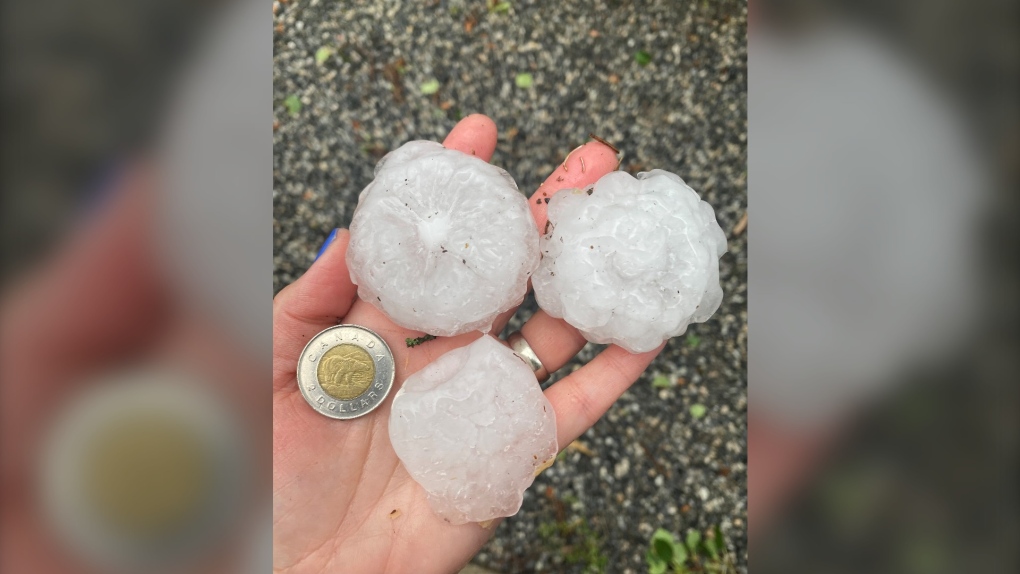 A number of severe thunderstorms rolled through parts of northern Manitoba Monday leaving people without power and some with property damage.

Terri Lang, a meteorologist with Environment and Climate Change Canada, said the storms impacted areas like Thompson and Paint Lake and large hail was involved.

"The size of the hailstones that occurred were about the size of hens’ eggs, which are larger than golf balls but smaller than baseballs, but they were certainly big enough to do damage. They were pictures of cars with their windshield smashed out and dented," said Lang.

While there was damage, she noted it's a blessing that the storms went through more remote areas as hail this size could have caused quite significant damage if it hit a higher populated area.

"At peak, approximately 120 customers were without power at one time. The outages were spread fairly widely throughout the city, with individual outages being smaller in nature," said Powell.

He said all the outages were weather-related and power was fully restored by around 10:30 p.m.

Lang said hailstorms are more common in southern Manitoba compared to northern parts of the province, but noted there is also underreporting up north due to fewer people living in those areas.

Right now, she said Manitoba is nearing the end of the thunderstorm season, but she expects it to last a little longer because the province had a late spring.

If anyone is ever caught in a hailstorm, she said people should get inside immediately and if they are driving, she said they should pull over right away and cover themselves with something like a coat or blanket to protect them if the hail does break through.

Canadians in Russia who hold dual citizenship should leave the country immediately or risk being conscripted for mandatory military service, the Government of Canada is warning.

Canadians reflect about residential schools on Truth and Reconciliation Day

Ceremonies, marches and other gatherings are taking place across the country Friday as communities mark the National Day for Truth and Reconciliation. The federal statutory holiday was established last year to remember children who died while being forced to attend residential schools, as well as those who survived, and the families and communities still affected by lasting trauma.

Russia vetoed a UN resolution Friday that would have condemned its referendums in four Ukrainian regions as illegal, declared them invalid and urged all countries not to recognize any annexation of the territory claimed by Moscow.