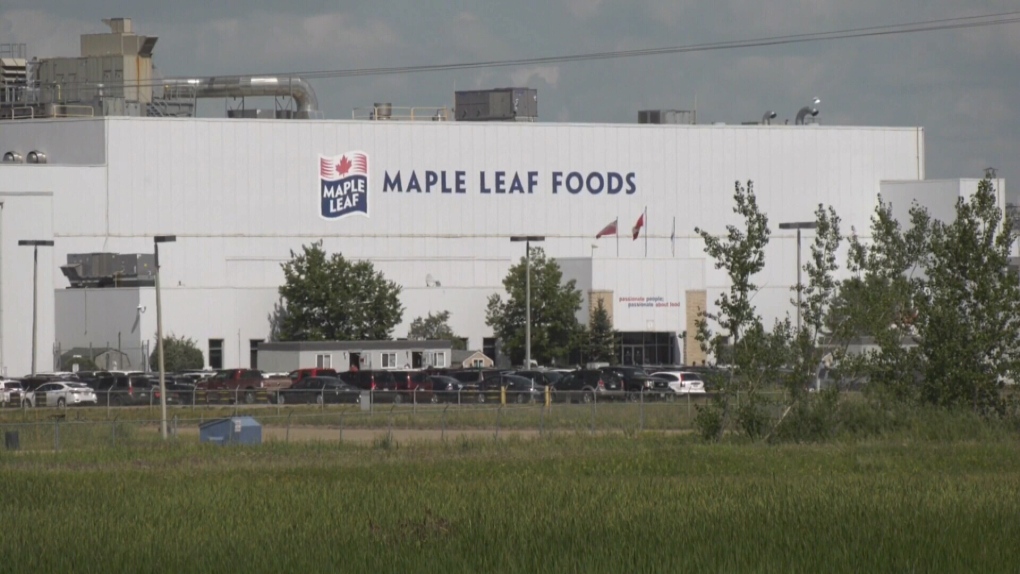 WINNIPEG -- The son of two employees at the Brandon Maple Leaf facility deemed to be part of a cluster of COVID-19 cases is speaking out after he and his parents contracted the illness.

The son, who asked to remain anonymous to protect his parents, said his father started working at the plant immediately after immigrating to Canada.

According to the son, his father has been working at the plant for 15 years, and his mother for 14 years.

On August 12, the son's father started to feel sick.

"He started showing symptoms after work, he had a fever and chills, but he thought it was just a cold," said the son.

With several cases of the virus already reported among workers at the plant, the son told his father to stay home and get tested.

Two days later, the son's father received a phone call confirming he had COVID-19. Shortly after, the son and mother both became ill and tested positive for COVID-19.

"My dad got really upset and said he was embarrassed because he felt really responsible that he spread it to us," said the son.

The son said he and his father are feeling better now, but his mother still has some symptoms.

The family strongly believes that the father contracted COVID-19 while working at the Maple Leaf facility.

"All my parents do is work," said the son. "They get up around 5:30 a.m. because they come in for pre-op in the mornings for an extra hour (of) overtime, and a lot of times they stay late for overtime until 7:30 p.m."

The son said his parents average 12 hours a day at the plant, eat dinner, and go to bed.

"There's very little leisurely activity or going outside, outside of work," he said.

The son said on top of the province's contact tracing, Maple Leaf called both parents as well.

"It really felt like Maple Leaf was really pushing to find any reason that it wasn't transmitted through work," he said.

On Tuesday, Maple Leaf said in an email to CTV News that there are 36 active cases among plant employees, and there is no evidence of community transmission in the plant.

The son said his parents were under a lot of pressure before actually catching the virus.

"They're very stressed at work," he said. "They come home and they are stressed and it's very difficult because obviously, Maple Leaf is pushing for them to wear masks and follow these safety guidelines, which is good, but it is very difficult on the employees' mental health."

On Monday, Maple Leaf employees sent an open letter to Migrante Manitoba voicing their frustrations and what they want the management and the provincial government to do.

As part of the demands, workers are calling for the facility to be closed for two weeks and that the entire plant is deep cleaned.

The workers are also calling for job security and wage protection for all employees while the plant is closed.

UFCW Local 832, the union representing the workers, is also calling for a shutdown.

According to the son who contracted COVID-19, his family would like to see the plant close too. However, the family worries that if workers aren't paid during the shutdown, immigrant families like his will suffer.