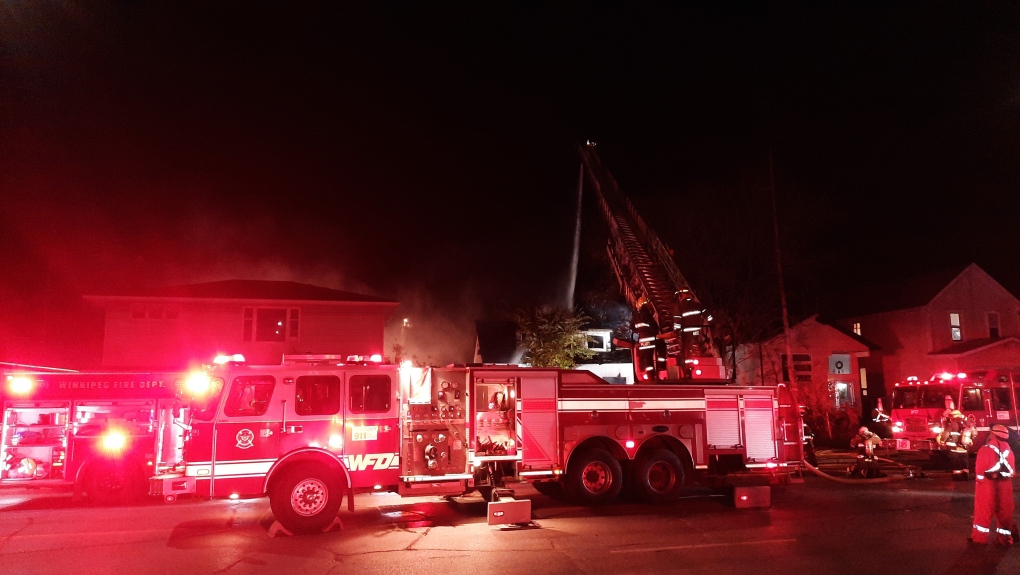 The Winnipeg Fire Paramedic Service (WFPS) is dealing with a fire along Nairn Avenue Monday night.

The city said the WFPS attended the fire in the 400 block of Nairn Avenue just before 7 p.m. in a vacant one-and-a-half storey home.

A defensive attack was needed to fight the fire as the city said it was "well-involved."

The WFPS is using an aerial ladder and handlines to try and extinguish the blaze.

The fire has caused crews to block off the road between Allan Street and Watt Street.

Homes on either side have been evacuated and no injuries have been reported.

The city expects crews will be on scene for several hours and people are being told to take different routes and avoid the area.

The cause of the fire is currently under investigation and no damage estimates are available.