Fire tears through condo under construction in Transcona 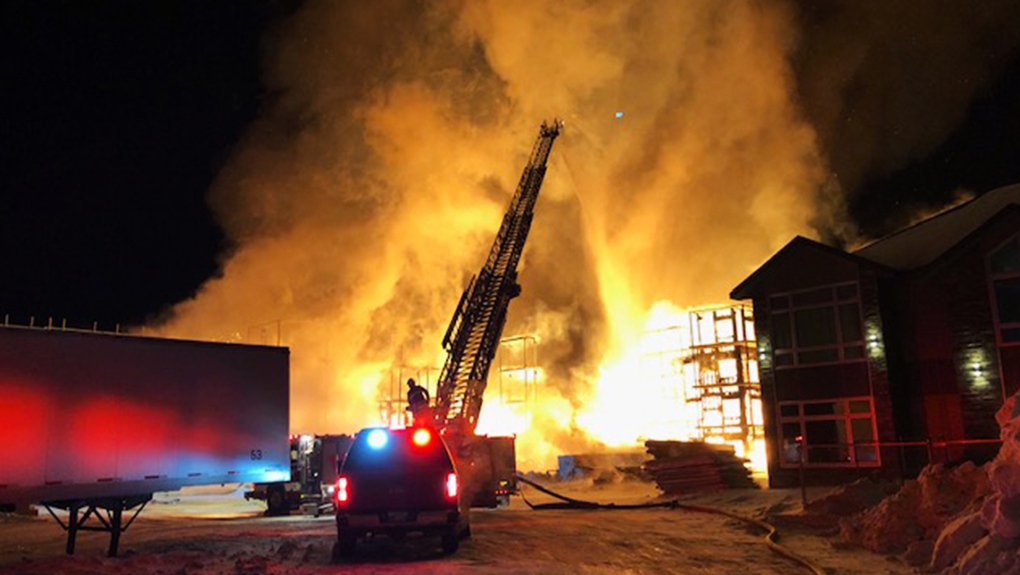 The Winnipeg Fire Paramedic Service said crews responded to a fire in a four-storey condo building around 5:48 a.m. on Feb. 16.

"I woke up and heard crackling. I thought it was a sunrise it was so bright in my window," said Ron Demski who lives nearby and called 911. "You could just tell they wouldn't be able to save that building."

Once on scene, crews found one of the buildings in the new complex on Philip Lee Drive in Winnipeg's West Transcona neighbourhood, completely engulfed in flames.

Firefighters launched a defensive attack, with crews working to protect the neighbouring condo buildings and nearby residences.

The fire was declared under control at 7:27 a.m., but crews remainedon scene late Sunday morning to continue extinguishing hot spots.

"We expect to be on scene for the remainder of the day and possibly into the evening," said Shaw

WFPS said neighbouring residences were evacuated as a precaution, and Winnipeg Transit buses were called in to provide shelter for the displaced residents. No injuries were reported.

According to WFPS, the fire impacted Manitoba Hydro infrastructure. As a result, approximately 4,000 customers in the area were without powerfor a couple of hours.

#mboutage East Kildonan update: we’re estimating restoration time of 10:30 a.m. to resolve the outage to approx 4000 customers in the area. Please check out these tips for an extended outage to be safe https://t.co/mtxT28X4T2