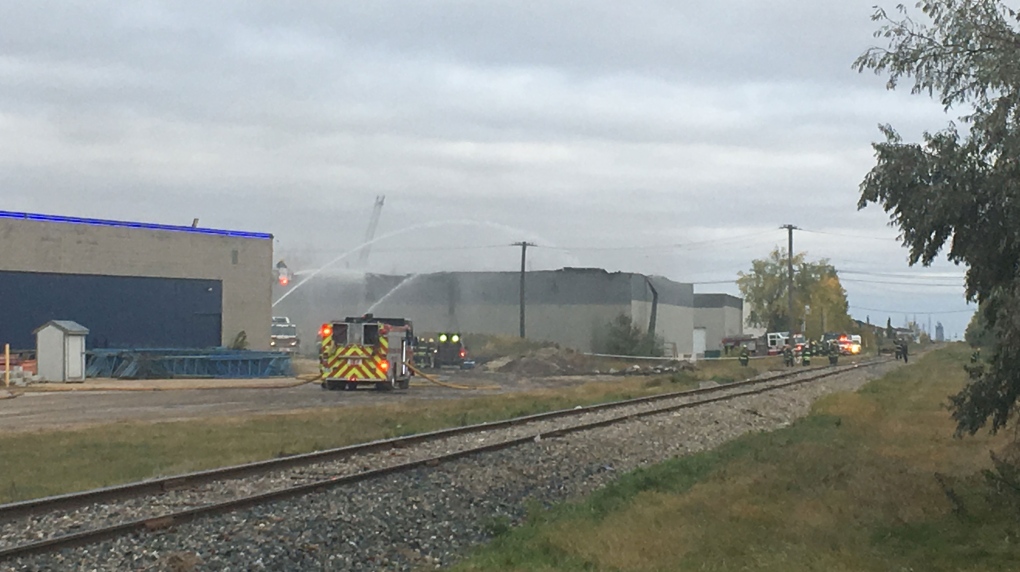 The Winnipeg Fire Paramedic Service had its hands full Monday morning with reports of an explosion and fire in the 1-100 block of Paramount Road.

Officials said multiple crews responded to the fire which due to its structural hazards and hazmat concerns required the use of a drone to assist with battling the blaze.

Crews launched a defensive attack because it was unsafe to enter the building. It took close to four hours to get the fire contained and under control.

A total of 29 WFPS apparatus were called in to fight the fire. There were no injuries reported, according to the WFPS.

Firefighters stayed at the scene of the blaze throughout the day to fight hotspots and a demolition crew came in to help take down the structure’s roof.

WFPS is investigating the cause of the fire and there is no clear indication on amount of damage caused.