Four businesses fined for workplace injuries and death in Manitoba 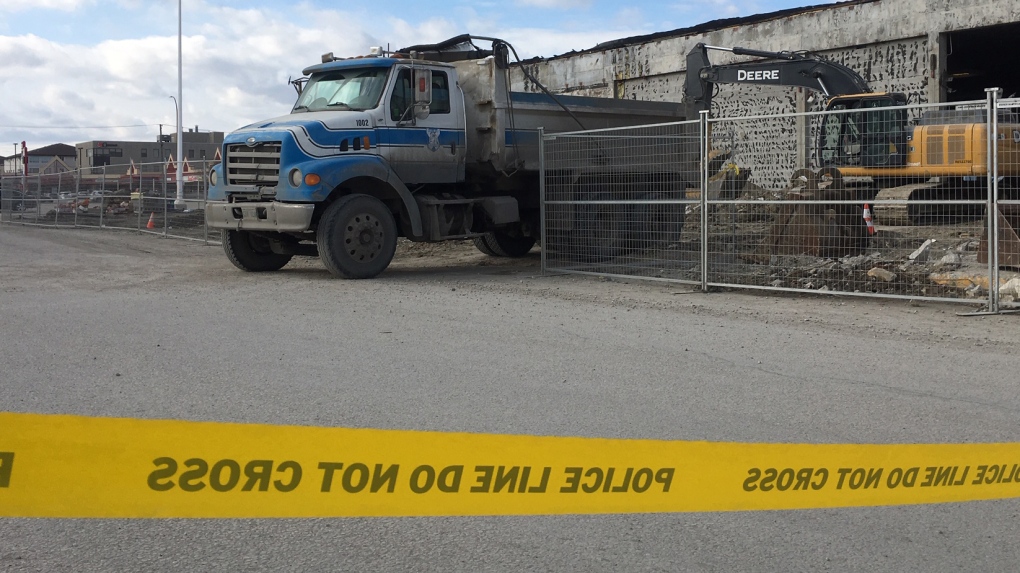 Police tweeted around 4 p.m. on Monday, April 1, 2019, that they “apologize for disruptions in the area.” (Source: Scott Sinclair/CTV News)
WINNIPEG -

Four Manitoba businesses have been fined by the province for violations of the Workplace Health and Safety Act following investigations into incidents that resulted in injuries and, in one case, a death.

The results of the investigations were released Thursday in a news release. The incidents all occurred in 2018 and 2019.

One incident took place on April 1, 2019, when a woman was killed after being hit by a dump truck in the parking lot of the Garden City Shopping Centre.

The driver of the dump truck was working with Bulldog Demolition and Excavation Inc., which was removing debris from the southwest corner of the mall during renovations.

“When an excavator operator signalled for the dump truck to reverse into the site for loading, a pedestrian in close proximity was hit,” the province said in a release.

The investigation resulted in the employer being fined $20,000 and an additional $5,000 in court costs.

Ancast Industries received fines for two incidents. One occurred on Dec. 10, 2018, when a worker suffered a serious hand injury when it was entangled while cleaning around a walking beam, a heavy piece of equipment used to move castings to different areas of the facility. The company was fined $50,000.

The second incident occurred on Feb. 1, 2019. A worker suffered serious injuries while doing maintenance on a tundish ladle. Wooden blocks used to raise and secure the support arms dislodged and the ladle fell and pinned the worker. The company was fined $20,000 for the incident following an investigation.

Affinity Welding and Design was fined $9,500 after a worker’s foot was injured on Dec. 14, 2018. The worker was fabricating a steel bracket at the time.

“The worker’s supervisor attempted to flip over a part using an overhead crane equipped with rigging slings, when the 3,500-pound part slipped out of the slings and struck the worker’s foot,” the province said.

The company also received an additional $2,000 penalty to be used to educate the public about occupational safety and health, the province said.

Capital Homes Inc. received a $7,000 fine and an additional $1,500 penalty for public education for an incident at a construction site on January 23, 2019. Workers for other companies were asked to help Capital Homes workers lift an exterior wall. Due to the weight, workers experienced difficulty and attempted to lower it back down. Two workers were pinned between the wall and the floor, with one worker suffering serious injuries.

The province says Manitoba Justice reviews all investigations and reports and can authorize charges under the Workplace Health and Safety Act based on the investigation.