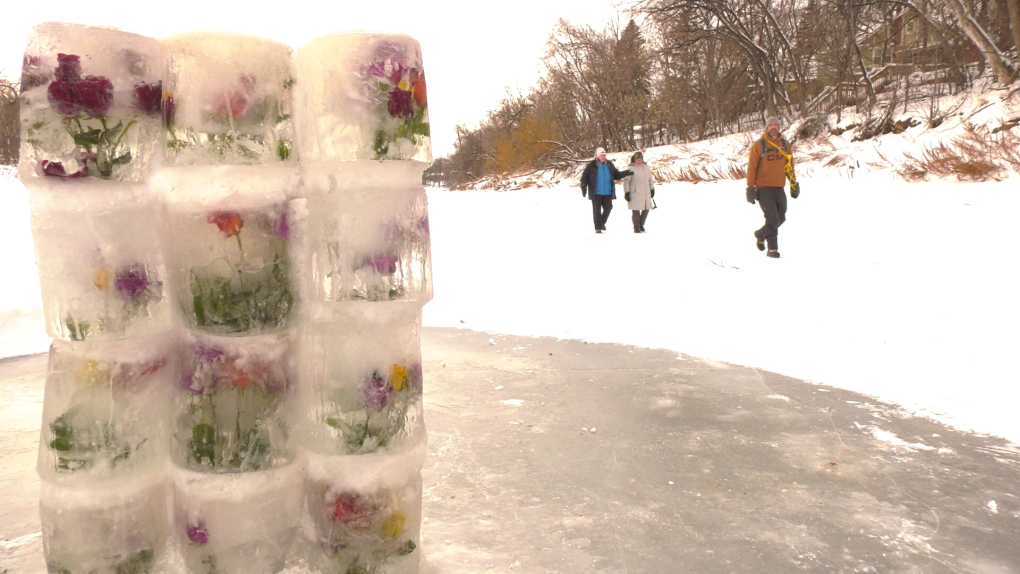 One Winnipeg artist is blending elements from winter and summer with a new piece on the Assiniboine River Trail.

Kal Barteskiis showing her love of winter, ice and the river trail with a display of frozen flowers, located at Canora Street.

She noted the idea first came to her several years ago when she began experimenting with freezing flowers in ice.

Much to Barteski’s surprise and delight, it worked perfectly.

“It preserves the petals. Bubbles form in between the leaves and the flowers, and it’s really kind of magical,” she said in an interview on Tuesday.

So when she went out on the river recently, she wanted to add something “spectacular and whimsical and magical,” and the frozen flowers were the perfect piece. 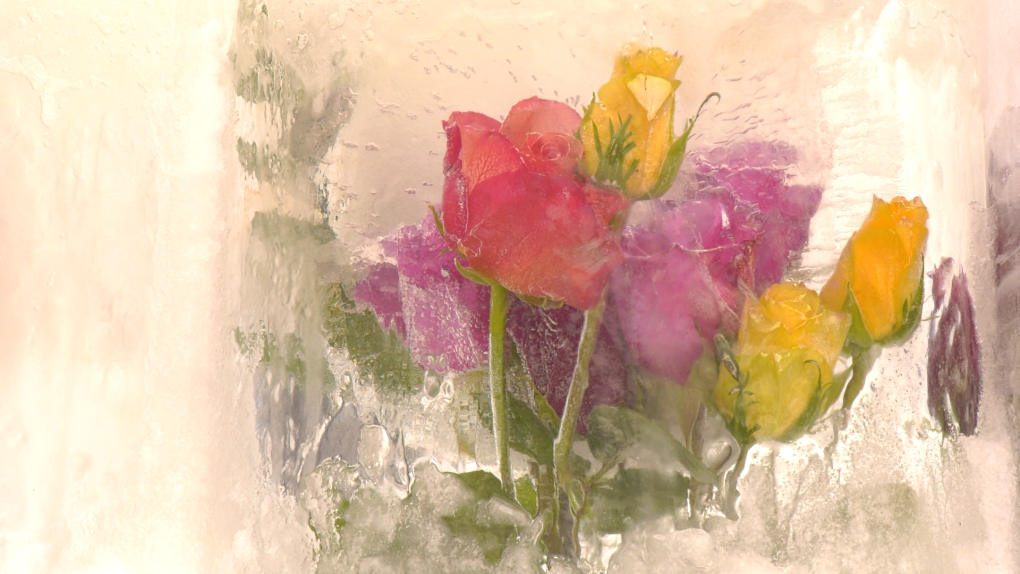 “I hope people see it, enjoy it, and are delighted by it. Maybe inspired. Maybe create something of their own,” she said.

“Ice is a fantastic medium. Winter is a beautiful season. I think it’s part of what brings us together and makes us so special as Manitobans.”

“I think it’s maybe doing what it was supposed to do and just create a little moment of hope and interest and fun in the middle of a pandemic winter,” she said.

Barteski said she loves using ice in her projects because it is always changing.

“It’s different based on the light and the time, the temperature,” she said. “So I love it. It’s sort of a come see it while it’s here and then it will be gone.”

Barteski noted that the beauty of using flowers is that when everything melts, the flowers will fall into the river and become part of that ecosystem.

Canada will loan the Ukraine government up to $120 million in the face of Russia's ongoing attempts to destabilize Ukraine, Prime Minister Justin Trudeau announced Friday.

Ontario reports total of 4,114 people in hospital with COVID-19, including 590 in ICU

Ontario health officials are reporting that 4,114 people are in hospital with COVID-19, and 590 of those patients are in intensive care.

COVID-19 vaccinations do not impair fertility in men or women, study finds

A new study adds to growing evidence that there is no connection between COVID-19 vaccinations and a reduced chance of conceiving.