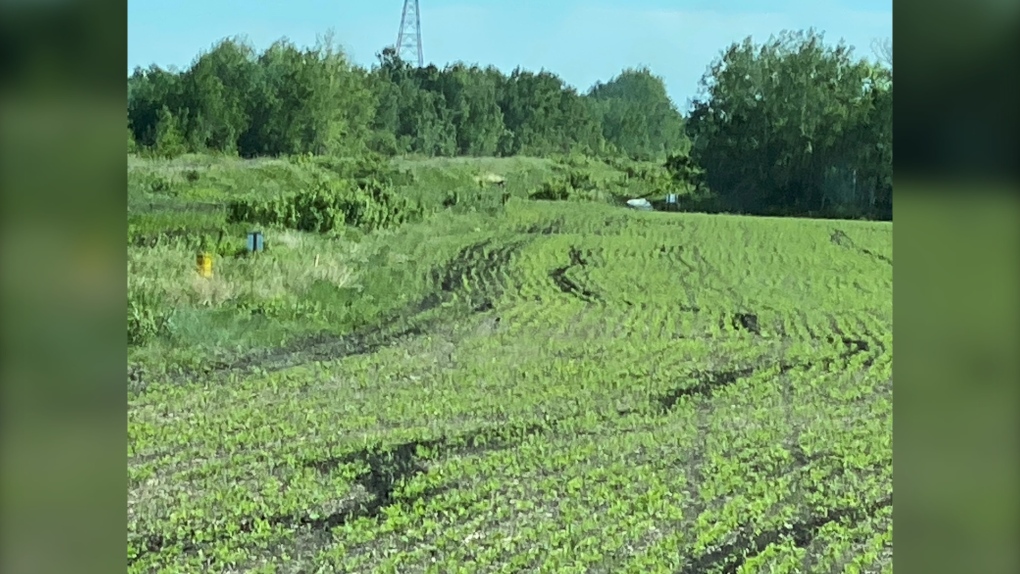 Farmers in the St. Clements area have been struggling to keep off-roaders out of their fields. (Source: Ron Pateski)
WINNIPEG -

During an already tough growing season, farmers in the Rural Municipality of St. Clements are dealing with another issue involving people destroying crops.

Ron Petaski, a farmer in St. Clements, has been struggling to keep people from off-roading in his fields.

The 76-year-old said it's always been an issue with two subdivisions close to his farm, but it's a lot worse this year.

"Both frustrated and upset," said Petaski about how he feels. "I'm at a loss of words. There are several thousand dollars in losses."

Fed up with the tire tracks covering his field, Petaski managed to catch up with two teens using ATVs on his property.

After a lengthy chat, the teens agreed to stick to the grassy trails and shook Petaski's hand before leaving.

"I tried to drill into their heads that we use these fields for our income. We seed crops and if they keep going over the fields, we won't have any success growing anything," said Petaski.

The ATVs, however, returned, prompting Petaski to erect no trespassing signs. 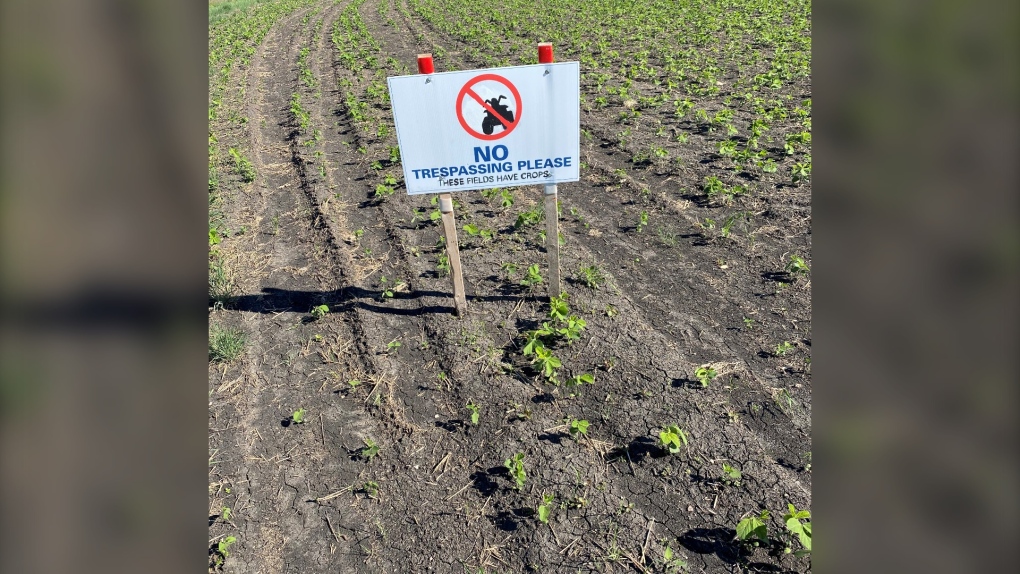 No tresspassing signs put up by Pateski to try and stop off-rodaers from going over his fields. (Source: Ron Petaski)

To Pateski's disappointment, the signs were knocked down and the off-roaders kept coming.

Pateski called RCMP, which tracked down one of the teen's grandfathers based on a phone number on the side of one of the ATVs.

Since that incident, Pateski has called RCMP several more times about off-roaders in his fields.

"I've kind of come to the conclusion that they just don't care," he said.

"How will I ever recoup that if they won't charge the kids with trespassing? I'm the one left holding the bag and about ready to quit."

The trespassing issue isn't just a problem for Pateski but for farmers across the RM.

"Pretty much all the farmers. There might be one or two that are lucky this year, but they've all had problems in the past," noted Pateski. 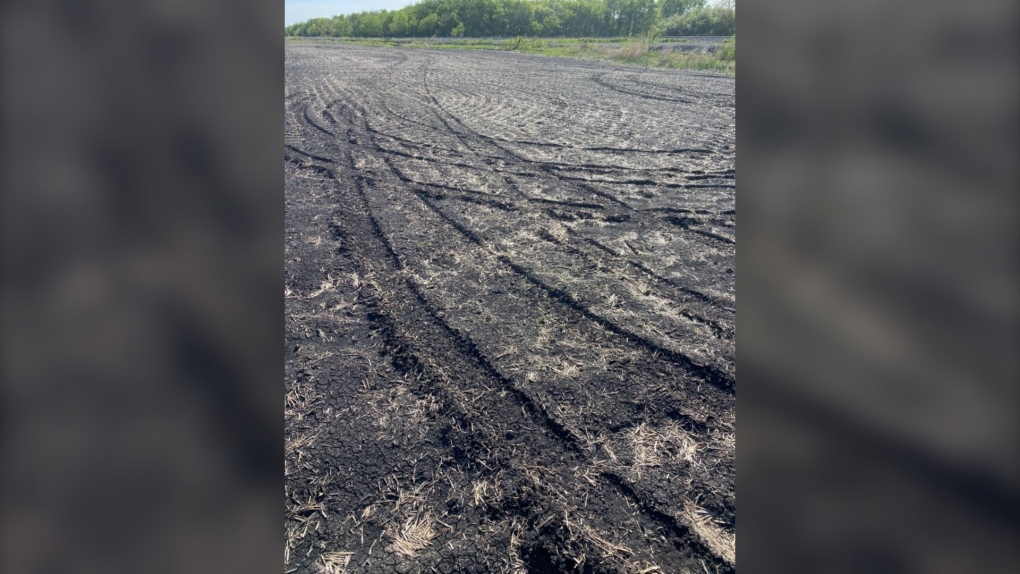 Farmers in the St. Clements area have been struggling to keep off-roaders out of their fields. (Source: Ron Pateski)

A photo of tire tracks over Pateski's fields before he seeded them for the year. (Source: Ron Pateski)

An RCMP spokesperson told CTV News that complaints regarding off-road vehicles are quite common this time of year and that the RCMP does "absolutely address them."

They noted that, when it comes to charges, it is a bit of a tough situation. The spokesperson said officers need to have evidence of a person trespassing and causing damage before they can contemplate a charge.

The RCMP advises farmers to post signage in highly visible areas, incorporate fencing around their property and, if feasible, have security cameras on site.

As for the RM of St. Clements, the municipality said there isn't much it can do.

“It's very hard for us to enforce because the Off-Road Vehicles Act is through the province and it's the RCMP who would enforce that," said Debbie Fiebelkorn, mayor of the RM.

"If we could do something, I know our bylaw enforcement officer has looked into this also, and the best we can do is try and do an education campaign."

Fiebelkorn said the RM would post a reminder on its website and put it in its August newsletter.

"It's been a tough year for everybody, including the farmers. So I would hope people using off-road vehicles and ATVs would be a little bit more mindful of where they are driving and not go into farmers' fields," she said.

As for Pateski, he'd either like to see more action taken or a new way to identify ATVs like a licence plate system.

"You lose if you try to catch them and someone gets hurt, but when you see this destruction going on in front of you, how can you not want to do something?" he said.