A little bit of Disney magic combined with some Winnipeg whimsy now graces the lawn of a city home.

It comes in the form of a Dumbo snow sculpture and the talented work of two local carvers.

“He looks good in white,” said Madeleine Vrignon who created the piece along with Gary Tessier. 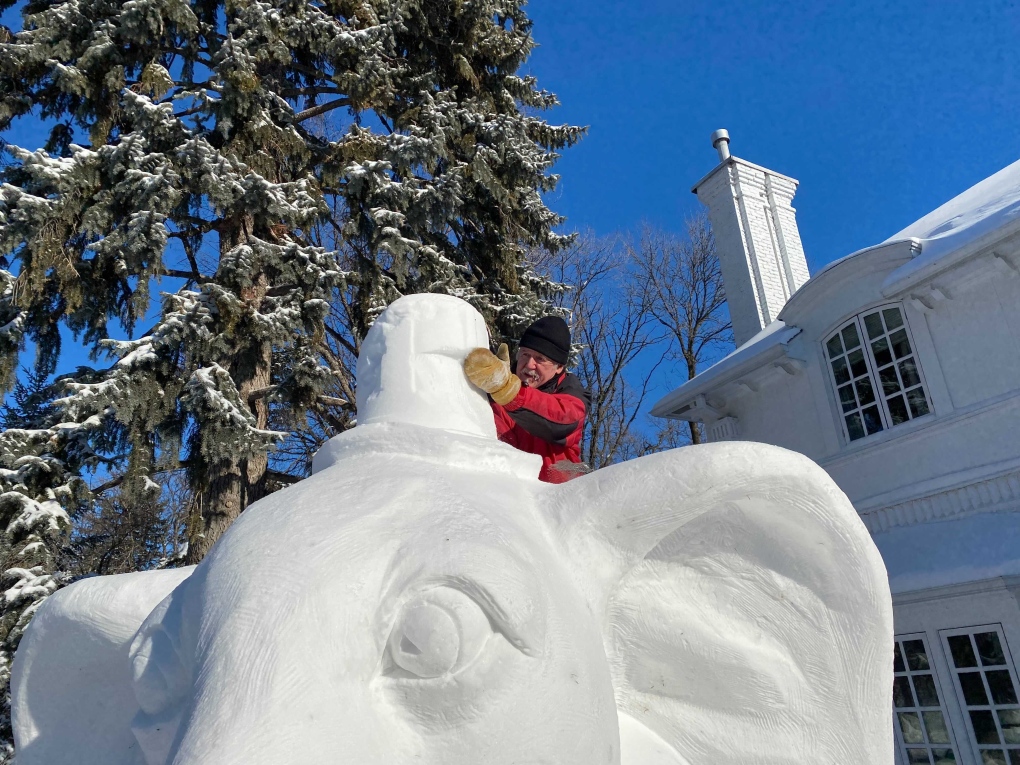 The piece is one in a series of snow sculptures that have appeared on the front yard of Gail Asper’s house since 2006.

Over the years they have ranged from characters like Oscar the Grouch and Spongebob Squarepants to the whole Simpsons crew on a couch. The sculptures must both be recognizable and fun to people.

Asper said Dumbo decision was made in collaboration with both Vrignon and Tessier, who let the size of the snow block help guide who will appear. 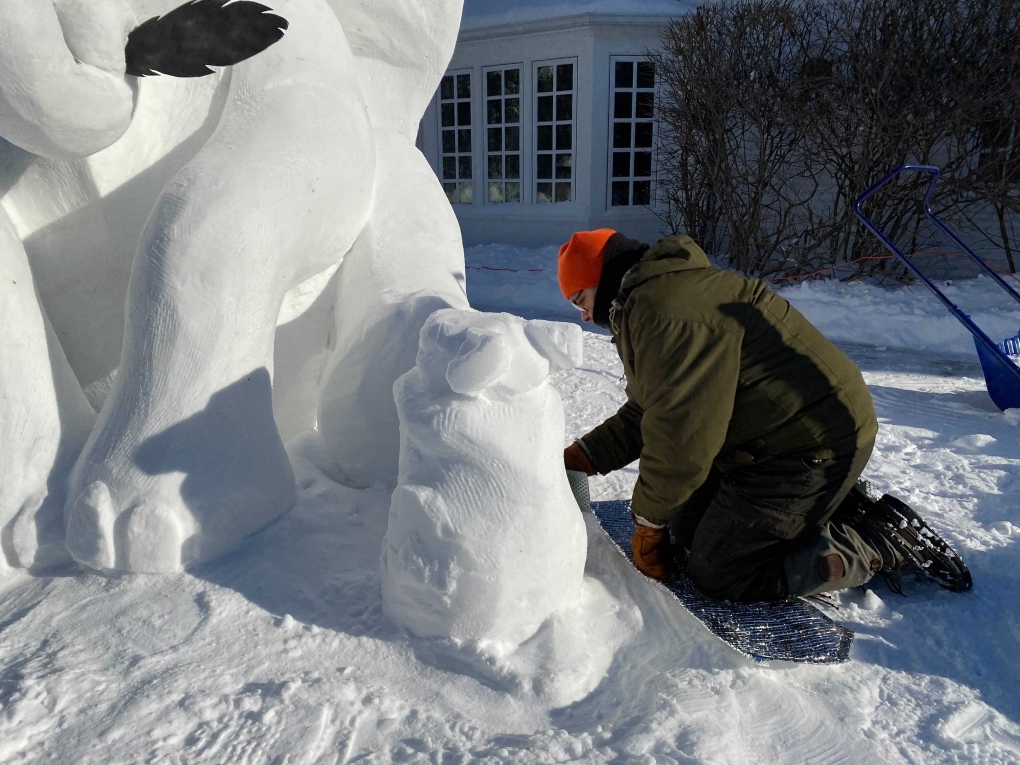 A lack humidity in the snow block this year has proven challenging to the carvers because it makes the snow soft and delicate. This results in having to make less aggressive cuts and working progressively into the block to preserve the shape.

Another challenge was the sculpture’s height. Vrignon said once you get up on top it is OK, but she leaves the up and downs to Tessier.

All told they estimate it took them about 30 hours and five days days to complete, with a necessary wintery weather break in between.

“It’s just a question of getting up off the couch when it’s really cold and moving despite the winter,” said Vrignon.

“I just love it when families come by and they want to take their pictures and marvel at how incredibly lifelike it is,” said Asper. 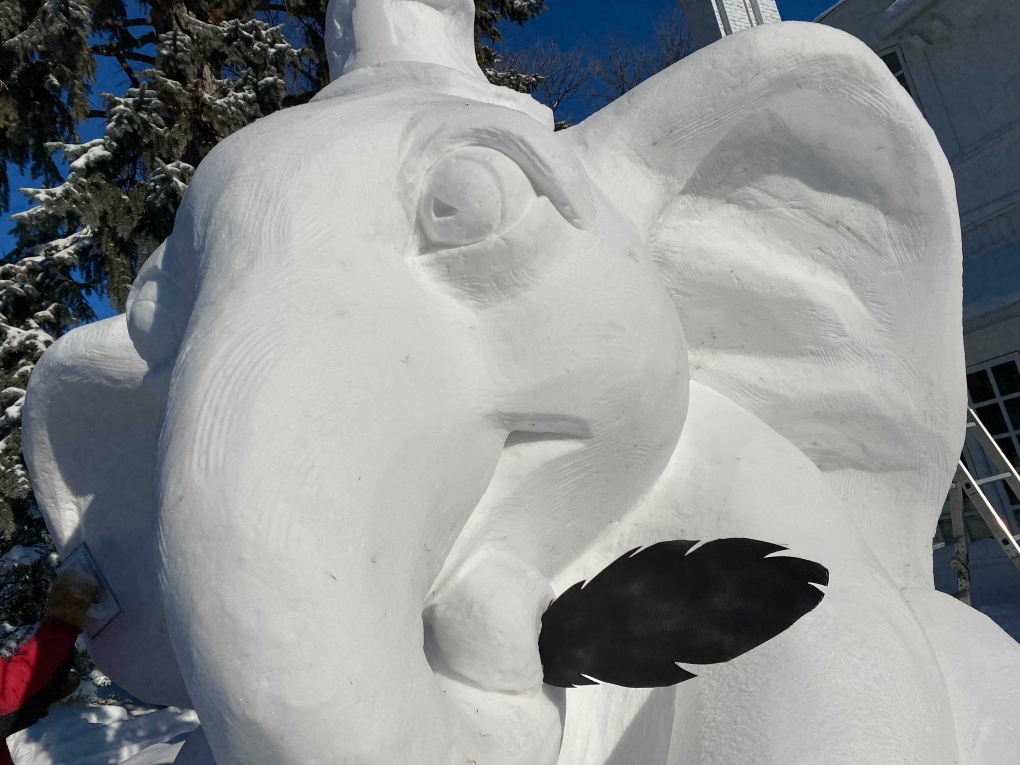 As for next year Asper said the inspiration depends on what is popular, but don’t count out the classics either.

One thing is guaranteed. It has to be big.

“So that if you have a melt, and some years it can go to five or six degrees above, and suddenly you’re going to lose your sculpture,” Asper said.

“It brightens up the neighbourhood and we’re glad cause it lasts a couple of months,” Tessier said.

Ont. and Que. scramble to recover from thunderstorm that left at least 7 dead

Tens of thousands without power after severe storm hits Ottawa

Ahead of his one-year anniversary on the Supreme Court of Canada this July, Mahmud Jamal spoke with CTV National News National Affairs Correspondent Omar Sachedina to reflect on his past year on the bench.

Afghanistan's Taliban rulers on Sunday began enforcing an order requiring all female TV news anchors in the country to cover their faces while on-air. The move is part of a hard-line shift drawing condemnation from rights activists.