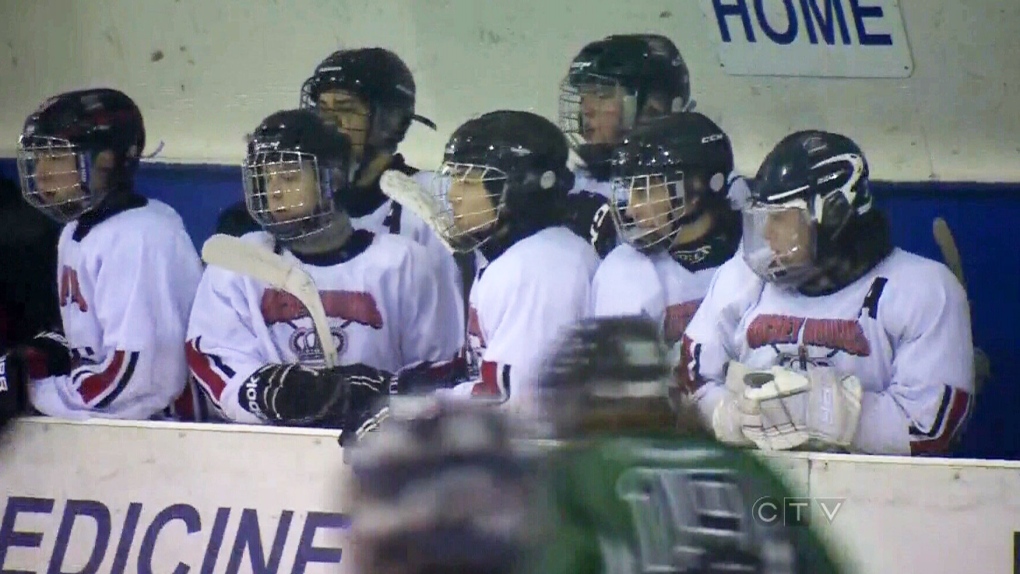 WINNIPEG -- Thousands of Manitoba hockey players have been left off the ice as Hockey Winnipeg pulls the plug on its 2020-21 season.

Ian McArton, executive director of Hockey Winnipeg, said with current health orders being extended until February 12 and the need to provide direction for programs and facilities culminated in Saturday's decision.

"In a best-case scenario getting back to league play in early March for hundreds of teams with facilities closing down already, taking out their ice or turning off their ice plants, the feasibility to put on any sort of modified season or playoff for them just wasn't there," said McArton.

Hockey Winnipeg said on-ice activities were shut down on October 30, when some teams were holding tryouts and practices and others were playing games. The organization oversees about 600 teams in Manitoba and about 9000 players.

McArton said the decision to cancel the season is hard on everyone, from executive members to the facilities who rely on customers for their revenue. He said it's especially tough on the players.

"It's really tough on the ones who are leaving minor hockey, you know in terms of an age standpoint this year for their last year in minor hockey to be so disjointed and affected like this."

Hockey Winnipeg said it will be offering prorated refunds to the various hockey associations for team fees, which will, in turn, be refunded to families. Some of the money is not recoverable because of early-season costs and the potential for local programming later this year, depending on the future health orders. Those refunds are expected by the end of April.

"It's a sad decision and unfortunately because everybody loves that competitive aspect of our game," McArton said. "We are hoping for some local developmental programming can happen so the kids at least can get out there for some physical activity, spend time with their friends and to stay connected with the sport."

"It's tough. It's unprecedented. I was really hoping we wouldn't come to this, but unfortunately, here we are."