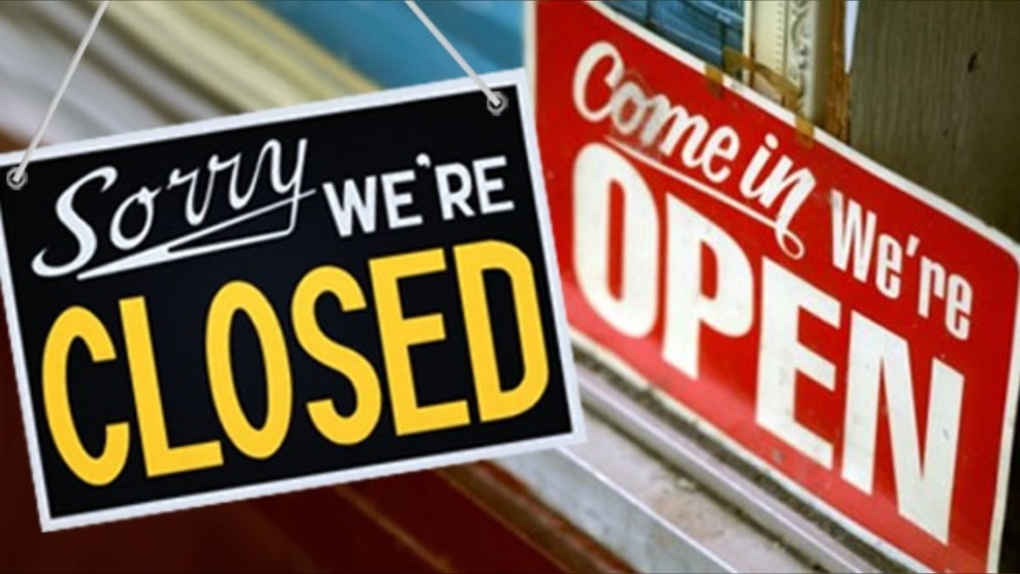 WINNIPEG -- For 35 years, Acryl Design in Winnipeg made custom parts and fixtures for manufacturers and stores -- that all changed when the pandemic hit a year ago.

“We were sort of out of business, I would say, because all the industries we were supplying they just sort of shut down,” said owner John Wardrope

Wardrope said a large customer canceled a major contract and he had to make a gut wrenching decision.

“We shut down the system and I actually had to lay everybody off,” he said.

Similar to other business owners who were blindsided by the overnight impact of lockdowns and stay-at-home orders, Wardrope was forced to adapt.

His wife came up with the idea of designing acrylic guards, and they took off immediately.

“We brought back our core staff and then my guy hired eight more people and we were able to get them out in like six days,” Wardrope said.

Restaurants have been some of the hardest hit businesses due to closures and reduced capacity.

“It was a challenge. When we first closed it was scary. We didn’t know if, you know, we’d make it,” said Little Goat Food & Drink owner Alexander Svenne.

Many restaurants, like the Little Goat in St. James, went all in on pickup and delivery service

Svenne said they changed their menu to three family-style meal options, different every week, to serve those stuck at home. It worked.

“We wouldn’t be here talking, that piece saved our business for sure,” Svenne said.

The day CTV News Winnipeg spoke with Svenne, his team was getting creative with a Chi Chi’s special, as Svenne worked at the iconic restaurant.

“Everyone in Winnipeg is super nostalgic about Chi Chi’s,” he said.

“Every day you hear new innovative things that they’re doing to keep their staff on board, to keep some revenues in the door,” Alward said.

However, many are just hanging on.

Alward said 16 per cent of the federation’s Manitoba members are seriously considering shutting down for good.

“The reality is that number is alarmingly high, for some sectors, hospitality, like arts and recreation we know that the numbers have been much higher,” he said.

“If we look back to March 2020 when the first shutdown happened, Downtown just got really quiet,” said Downtown Biz CEO Kate Fenske.

With many office workers at home, the Downtown Biz said 40 businesses closed in Downtown Winnipeg in 2020, which is more than in previous years.

“It’s absolutely been a struggle. When you look at Downtown workers and their primary customer base for so many businesses Downtown,” Fenske said.

Just two months into the pandemic, owners of Hermanos Restaurant made the difficult choice to shut their doors for good, in part because the area became a bit of a ghost town.

“Without those activities going on Downtown there is no need for a special event restaurant Downtown,” said former Hermanos owner Noel Bernier

Bernier said he’s helping with the next move on site, when PPE is not in as a high demand. He said the old restaurant location is set to become a cannabis shop.

As for John Wardrope, he too is planning another pivot beyond acrylic guards.

“We’re just in flux, so I have to sort of get some products out there that I think can maintain me until we’re back to normal which I think is over a year,” Wardrope said.