'I want to be a part of the change': Blake Wheeler heartbroken over racism, violence in Minnesota 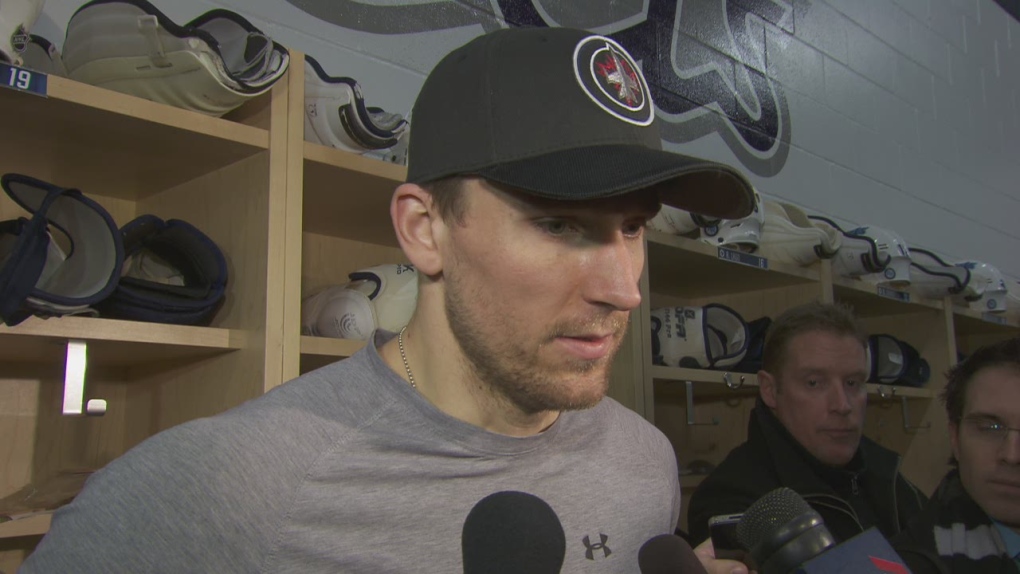 WINNIPEG -- Winnipeg Jets captain Blake Wheeler said he is heartbroken over the racism and violence taking place in his home state of Minnesota.

Wheeler’s message comes after the death of George Floyd, 46, a black man who was killed last week in Minneapolis after a police officer pinned him to the pavement and put his knee on Floyd’s neck until he stopped breathing.

Floyd’s death has ignited anti-black racism protests all over the world. Some of these protests have involved violence, vandalism and arson, while tens of thousands have also marched peacefully in rallies against police brutality and racism.

“Never did I envision that Minneapolis, Saint Paul, you know my hometown, would be the epicentre of these things happening,” Wheeler said.

Wheeler said the overwhelming majority of people have had a productive response, referring to the peaceful protests and promotion of real change he’s seen on the news.

“Unfortunately that’s not the case with everyone. Unfortunately there are people that are taking advantage of those situations and doing some destruction to people who have worked a long time to establish small businesses, so that’s been really heartbreaking.

“Getting pictures from our family of businesses being boarded up where I’m from, which is 20 minutes outside of Minneapolis, it’s crazy. It’s really rough.”

He noted for the most part he’s proud of his hometown for its response and the people standing up and not tolerating racism any longer.

HIS ROLE AS AN ATHLETE

Wheeler said when it comes to speaking out against racism, white athletes need to do their part.

“We have to be as involved in this as black athletes. It can’t just be their fight,” he said.

Wheeler said he wishes he had taken action and spoken out sooner than he did.

“What you can do is try to be better going forward, so that’s been my position on this. I want to be a part of the change going forward,” he said.

TALKING TO HIS KIDS

Wheeler, who has three kids under the age of seven, has been showing his children what’s taking place in the United States.

“They watched George Floyd die on TV,” he said.

He said it’s challenging to explain the situation to his kids, particularly his oldest.

“To have to explain that to him, to try to explain to a seven-year-old that the police, that he feels are out there to protect us and look out for us that, that’s not always the case. That’s a hard conversation to have.”

When asked if he has seen any racism in the hockey world, Wheeler said he has memories of playing hockey as a kid with black teammates, noting there were some incidents involving racism from opposing teams.

“Seeing how hurt that made him forever was burned into my brain. And I was so sad for him,” he said.

During Wheeler’s career in the NHL, he said hasn’t seen racism on the teams he’s played on.

“There’s so much hurt out there, there’s so many people that don’t have jobs, that have families, that don’t know where their next meal is coming from. The list seems never-ending.”

“And on top of it, we’re still treating people this way during a pandemic.”

Wheeler said he truly believes better days are ahead.

- With files from The Associated Press’ Lisa Marie Pane.