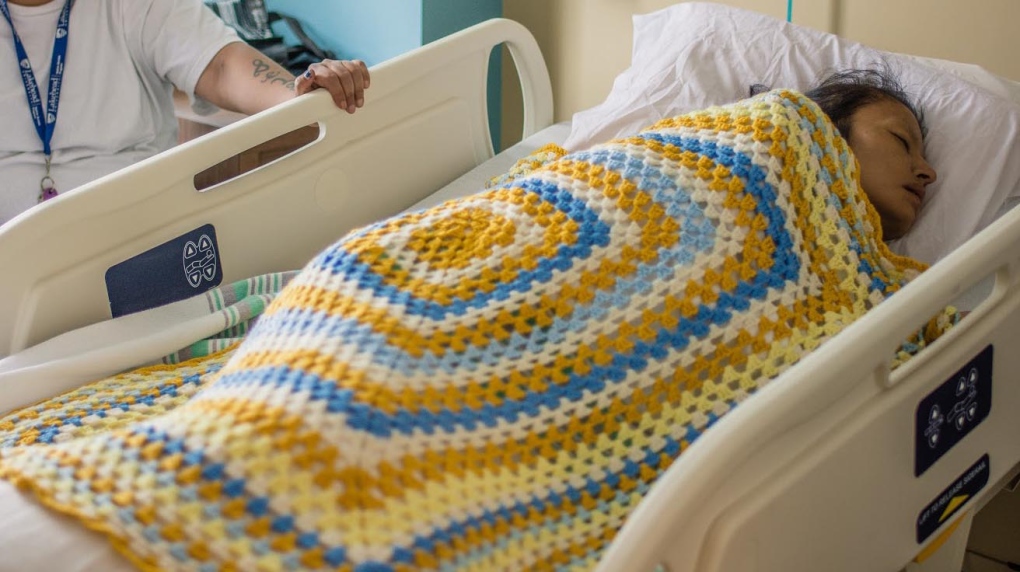 THUNDER BAY, Ont. -- An Indigenous woman who was hit by a trailer hitch apparently thrown from a passing car in Thunder Bay, Ont., in January has died, police said on Tuesday.

"A young Indigenous mother died today, and a young girl is without her mother," Anna Betty Achneepineskum, deputy grand chief of the Nishnawbe Aski Nation, said in a statement. "This should not happen. What do you say to a young girl that loses her mother?"

Kentner told police she and her sister were walking in a residential neighbourhood when someone threw the hitch from a moving car. Her sister, Melissa Kentner, said she heard someone in the vehicle say: "I got one."

An 18-year-old man who was in the car has been charged with aggravated assault. Police have not said whether they planned to upgrade the charge in light of Kentner's death.

Family members of the victim had previously called what happened a "hate crime."

Achneepineskum said such incidents were disturbing and frightening, adding violence had escalated in the city. She urged against minimizing the "horrible" situations.

"We must all work together to acknowledge that racism exists. We must combat and report racism. We must take this very seriously," Achneepineskum said. "This has been going on for far too long. This is our reality, as many Indigenous Peoples, especially our women, have come to me with their stories."