Infectious syphilis cases on the rise according to WRHA report 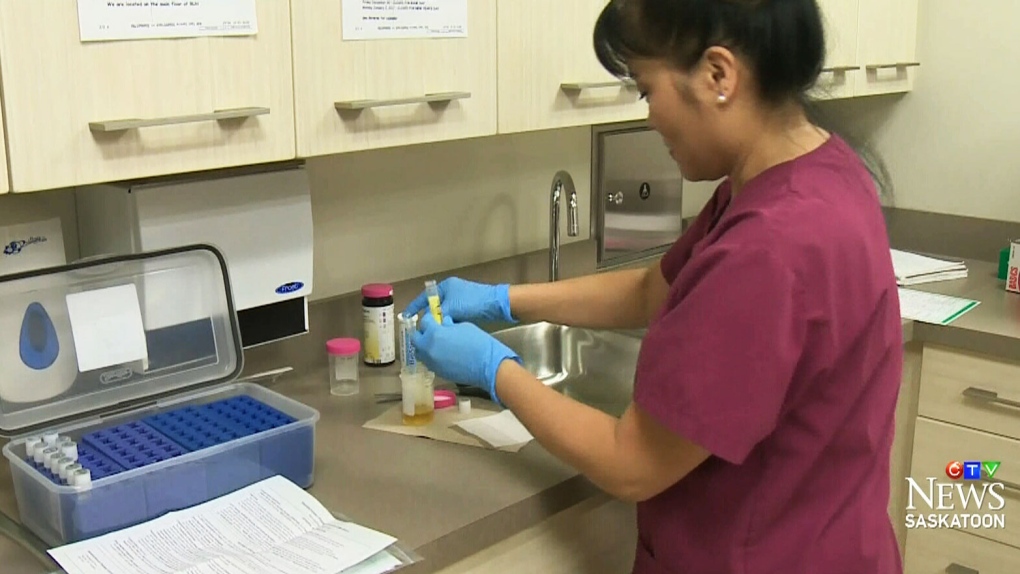 WINNIPEG -- A new report from the Winnipeg Regional Health Authority is showing there is a rise in congenital syphilis cases and adult syphilis cases.

Over the past three years the number of infectious syphilis cases have spiked dramatically, according to the WRHA. In 2017 there was 118 cases of the infection. The number jumped to 612 confirmed cases in 2018, and there was an estimated 1,000 cases of syphilis in 2019.

With the spike came a rise in congenital syphilis, a serious infection seen in babies whose mothers are infected with syphilis. It can cause severe birth defects or premature death.

According to the WRHA’s report there were nine confirmed cases of congenital syphilis in 2019.

Dr. Joss Reimer, medical director of population and public health for the WRHA, said the rise in congenital syphilis cases is extremely concerning.

"In fact before 2015, we didn't have record of any cases, since keeping electronic records of congenital syphilis," said Reimer.

Reimer added, what's making the problem worse is, for many, getting treatment isn't a high priority as they are more focused on having a roof over their heads and food on the table.

She said the health care system as a whole has to make it easier for people get the treatment that they need.

"So rather than expecting that everybody find a way to us when they may not have a car, or may not have time or income to get where we are, we're trying to send services to where people are at."

Reimer said programs like the WRHA’s Street Connection give people access to clean needles and condoms, in hopes of cutting down on the outbreak. she is hopeful the numbers won't continue to spike, but adds it's hard to tell if the numbers will decrease anytime soon.

The report suggests people who have symptoms of syphilis, such as painless genital or oral ulcers, generalized maculopapular rash, and/or lymphadenopathy should be tested.

It also said any stillborn infant, pregnant person, a person having unprotected sex with casual or anonymous partners, a person using intravenous drugs and anyone who has any other confirmed or suspected STIs, should be tested for the infection.

Statement from the province

Cameron Friesen, minister of health, seniors and active living said the government is concerned about the rise in sexually transmitted infections across Manitoba.

"Public health officials initiated a plan last spring to more effectively engage with people who are using illicit drugs in ways that are unsafe and contribute significantly to the rise in STIs. A number of initiatives have been put in place to address the issue, including increased testing during pregnancy, increased funding for pre- and post-natal programs, the significant increase of public health nurses engaged in STBBI management, additional investments in harm reduction supplies and added support for Manitoba Harm Reduction Network initiatives. The WRHA has also established an outbreak response team that connects several community partners, allowing for proactive discussion about what’s working and where more resources are needed," said Friesen, in an emailed statement to CTV News.

Friesen added results from these initiatives have been encouraging, but also noted more work needs to be done.