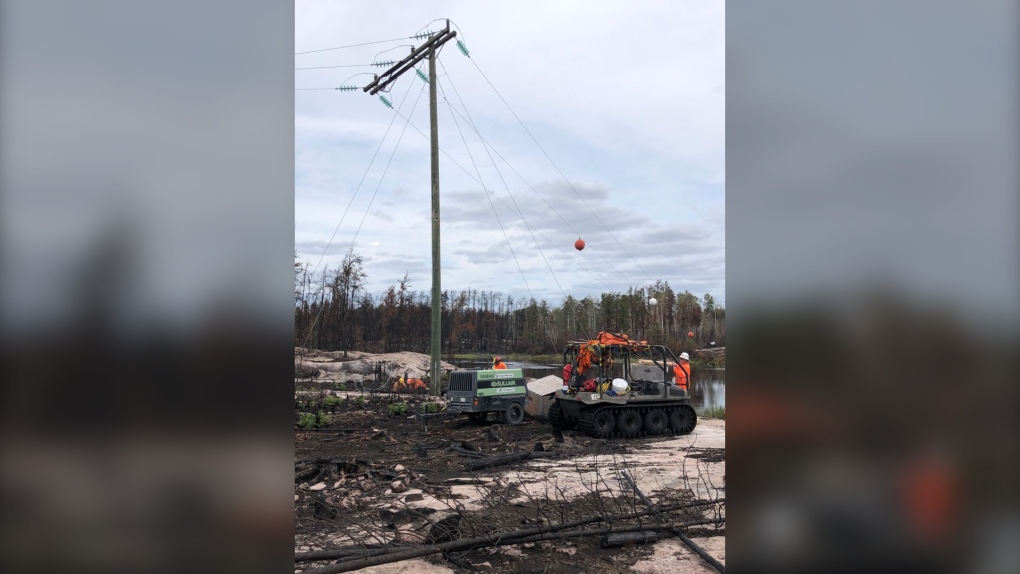 Manitoba Hydro said it is making progress on restoring power to two Manitoba First Nations; however, it will still be a few more weeks until the work is complete.

Over the summer, wildfires damaged a remote power line that serves about 1,500 people in Little Grand Rapids and Pauingassi First Nations. Due to this damage, 89 poles need to be replaced and 35 other structures require repairs.

As of Wednesday, the Crown corporation said it has replaced 67 of the poles and repaired 30 of the structures, and the estimated restoration is two to four weeks.

Manitoba Hydro noted that because there is no road access to the damaged power line, all replacements poles, crossarms, hardware, and equipment need to be pre-assembled at a staging area near Bloodvein and then flown by helicopter to the damaged sections of the power line. A number of the replacement poles also need to be set in rock, which requires specialized drilling equipment.

The Crown corporation added that the restoration work has been made challenging due to the density of overgrown vegetation, and work continues to trim or remove the hazardous trees.

Hundreds of people from the two First Nations are still waiting for the work to be completed so they can return home.