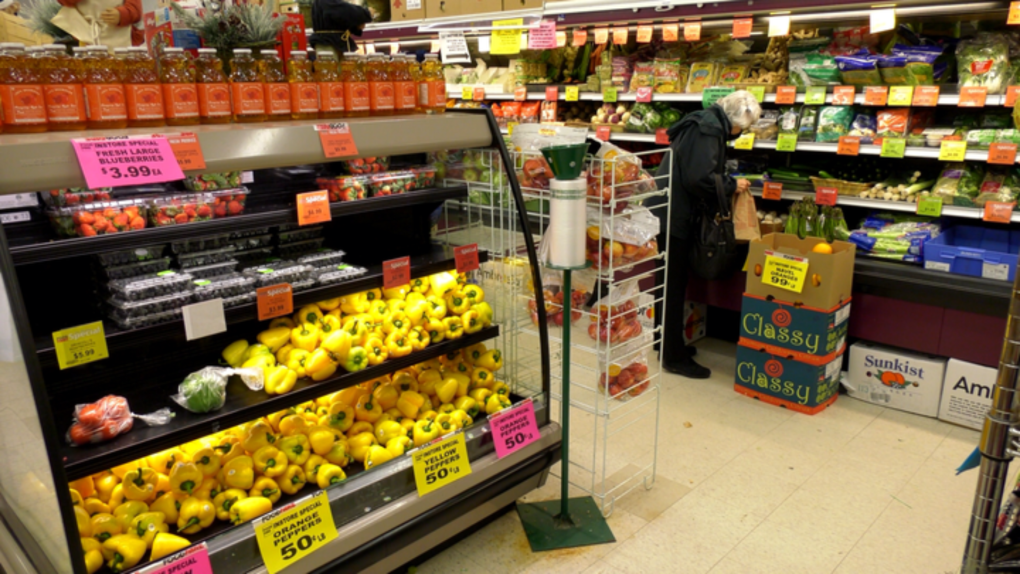 Local, independent grocery stores are feeling the pinch on their workforce due to COVID-19.

In Manitoba, people must isolate for five days upon being tested for COVID no matter the result of the test.

For grocery stores like Food Fare, this can take a real hit on the workforce daily.

"We don't have a network of staff that we can move around," said Munther Zeid, the owner and manager of Food Fare.

"It's a bit tough, it's a day-by-day thing, and we're sort of rotating through the pandemic. I had two people off who just came back and then three people went away."

Zeid said unlike the big grocery store chains, they don't have the ability to bring people in from other locations to help make sure there aren't any staff shortages.

He said if staff shortages continue to happen regularly, it could lead to independent stores having to close their doors.

"Could it happen? Yes. Will it happen? It's hard to say honestly. It's going to be an interesting experience to see this."

The vice-president of public policy with the Canadian Federation of Independent Grocers, Gary Sands said absenteeism, as a result of COVID protocols, has hit about 30 per cent throughout the country.

Lack of staff isn't the only problem grocery stores are dealing with. Shortages of certain products are leaving shelves empty for an extended period of time.

Zeid said this problem has been felt at his store but he has heard of problems with produce being delivered on time.

"We've been told that there's a bunch of produce sitting at the docks in Vancouver, Montréal. There's a bit of delay in receiving it due to COVID staffing, there's a bit of an issue due to trucking issues and because it's perishable, leaving produce on a dock, three, four, five days, basically could destroy product."

While there are concerns around receiving certain products, Zeid said that is something stores can deal with and more products will eventually come in, noting that as long as people don't hoard food like when the pandemic first started, they will be able to rebound.

When asked what could be done to help lessen the burden of staff shortages, Zeid said he would like to see an open list of people he could bring in from other countries to fill his labour shortage when it happens.

"For me in a grocery store, I need 10 people to speak with customers and deal with the public, everything else is labour," he said. "If I can import people from other countries to come in to cover the labour shortage that we could face, then that could solve it."

However, he added when shortages occur, he needs people to fill in within the week to ensure there isn't a major interruption.

Despite the problems that can arise from people being sick, Zeid said he encourages all of his staff to stay home if they aren't feeling well and he wants everyone to be healthy while at work to make sure there is no illness spreading among staff.

Fourteen children and one teacher were killed in a shooting at a Texas elementary school Tuesday, and the the 18-year-old gunman was dead, Gov. Greg Abbott said. Abbott said a local man opened fire at at Robb Elementary School in Uvalde, about 136 kilometres west of San Antonio.

The findings of a highly-anticipated report about how to tackle sexual misconduct in the Canadian Armed Forces (CAF) will be made public in the 'coming days,' a spokesperson for Defence Minister Anita Anand says.

The Canadian Football League's Calgary Stampeders said they are investigating reports that player Brendan Langley was charged after a fight with a United Airlines employee at Newark Liberty International Airport that was partially caught on video, according to a team statement obtained by CNN.