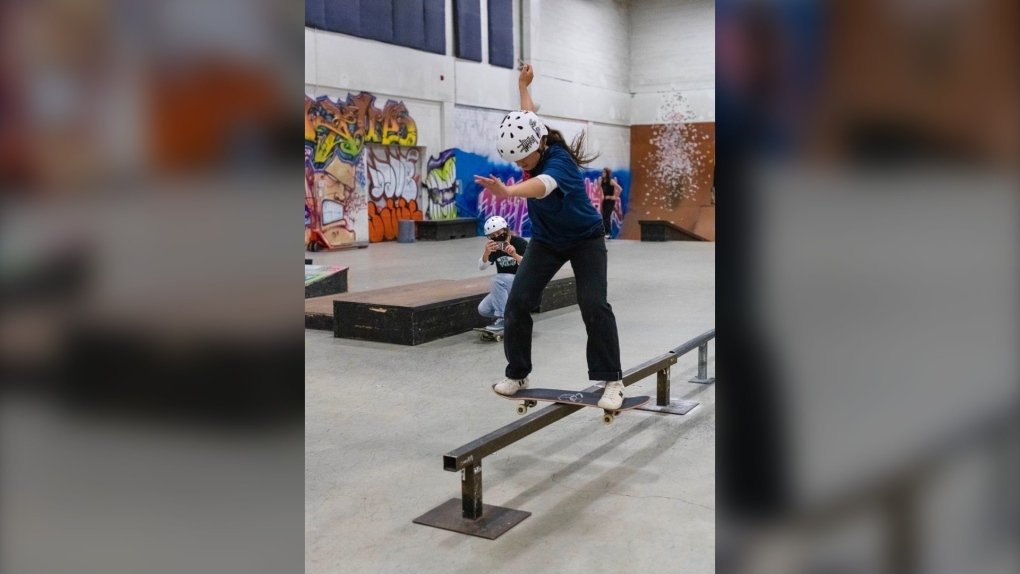 A member of Winnipeg’s skateboarding community says the policies at Winnipeg’s only indoor skatepark are discriminatory towards members of the LGBTQ2S+ community, and says efforts are being made to create a new space.

Maddy Nowosad started going to The Edge skatepark, run by Youth for Christ (YFC), when she was 18, quickly finding a community.

“I remember my first time going to The Edge. I was so nervous, because I didn't feel that I was the most skilled skateboarder,” she said. “But, I went on a Thursday night, which, at the time, was the girls' and women session. And I was welcomed with open arms by all the folks there.”

Geoff Reimer, who worked at The Edge for 13 years, called it his “dream job.”

“It was super important,” he said. “It was my community. It was my people.”

Nowosad, who identifies as queer, also loves photography and started creating a zine - a small amount of self-published works - called The Other Skaters, which focuses on skateboarders who are LGBTQ2S+ and their stories. She says when she wanted to display the zine on skate nights, staff at The Edge said that YFC would not support the zine or any LGBTQ2S+ events going forward.

“It was very discouraging, as I was really just trying to support and amplify the voices of the really amazing skateboarders and folks around me who made me feel so welcome into the skateboard community,” Nowosad said, adding staff and volunteers with The Edge said they supported the zine.

Reimer said he left in 2021 after plans for a queer skate night at The Edge fell through, saying he came up against opposition to the event.

“That was the beginning of the end for me, because I cared more about the rights and the freedom of the queer community in the skateboard scene than my job at that point,” he said.

CTV Winnipeg reached out to YFC, who declined to answer questions, instead pointing to a statement on their website. The statement says the organization is deeply saddened that parts of the skateboarding community have felt excluded or unsafe.

“All young people are welcomed and valued at Youth for Christ|Youth Unlimited (YFC) regardless of religious belief, people group, or sexual orientation,” the statement reads. “We see the hope and potential in every young person and want youth to experience that hope and potential themselves.”

Nowosad said she knows of some staff and volunteers who have left due to feeling restricted by YFC about their support for LGBTQ2S+ individuals. The skatepark has since reduced hours and programming is limited to people 17 and younger.

The YFC said due to the staffing shortages, they have prioritized the weekly evening sessions at the skatepark for people under 18.

“Being a youth organization, we have prioritized our weekly evening sessions to be available for youth,” YFC said in a statement.

Nowosad and other skaters have joined forces to create the Manitoba Skateboarding Coalition, with the goal of finding a space to create an indoor skatepark that is inclusive for everyone. They have started a petition and a GoFundMe to garner support for the project.

“There are so many people reaching out to us wanting to support, so I have no doubt that we will be able to make a space available in hopefully the near future,” Nowosad said.

The federal Liberals are withdrawing an amendment to their guns bill that introduced a controversial new definition of an assault-style weapon. The amendment would have defined what kind of firearms should be banned in Canada and added dozens of new semi-automatic rifles and shotguns to the list.

Most of Ontario is under an extreme cold warning as a blast of Arctic air delivers biting wind chills.

Could the fungal outbreak in The Last of Us happen for real?

The post-apocalyptic TV adaptation of the video game The Last of Us has some wondering about the real-life possibility of a global pandemic caused by fungus, and one expert says it’s not a concept to dismiss.

Canada's egg industry appears to be quietly sidestepping widespread shortages and wildly spiking prices affecting other countries, and some say supply management is to thank.

British Columbia Premier David Eby says he's going into next week's health-care meeting between the premiers and prime minister with an open mind — and without a red line dollar ask for the federal government.

Big tech companies that offer online streaming services could soon be required to contribute to Canadian content as a controversial Liberal bill gets one step closer to becoming law.