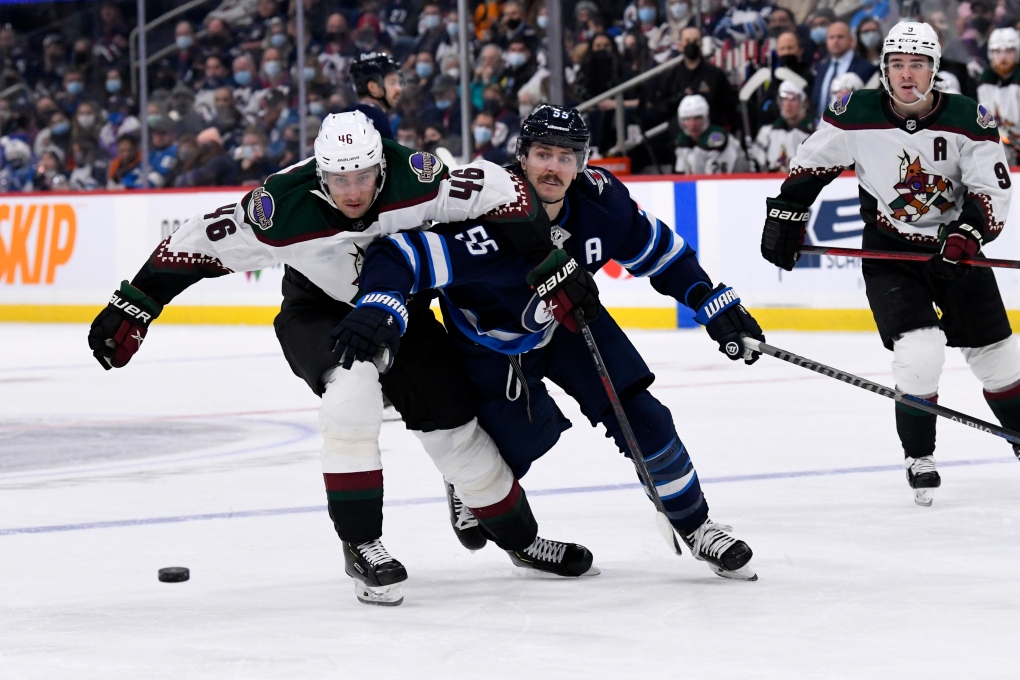 Unheralded Arizona goalie Karel Vejmelka made 46 saves to record his first NHL shutout as the Coyotes clipped Winnipeg 1-0 on Monday.

Antoine Roussel was the lone scorer for Arizona (5-15-2).

The Coyotes killed all five minor penalties they took in the final frame.

Roussel, who was left alone in front of the net, converted a pass from forward Loui Eriksson past a helpless Hellebuyck late in the second period.

It was Roussel's third goal of the season. Defenceman Ilya Lyubushkin also assisted on the play.

The Coyotes killed off the only penalty of the second period, a hooking penalty to former Jets captain Andrew Ladd to keep Winnipeg at bay. The Jets outshot Arizona 15-5 in the middle frame.

Winnipeg couldn't beat Vejmelka, despite swarming him throughout the game. He came into the game sporting a 1-9-1 record and .905 save percentage while playing for the last-place team in the NHL Central Division.

Vejmelka was originally drafted in the fifth round of the 2015 NHL entry draft by Nashville but never played for the Predators. The Coyotes signed the six-foot-four, 203-pound goalie as a free agent this past May.

Although the teams skated to a scoreless first period, the Jets had the better play, out-shooting Arizona 17-7. Vejmelka had to be sharp on several chance. Hellebuyck also stood tall through the first 20. The Jets killed off the only penalty of the period, a tripping call to defenceman Dylan DeMelo.

It was the first of a four-game homestand for the Jets. They welcome the New Jersey Devils to Canada Life Centre on Friday. They will also host the Toronto Maple Leafs on Sunday, and the Carolina Hurricanes next Tuesday. The Jets play seven of their next nine games at home.

The Coyotes play the Wild in Minnesota on Tuesday, then return home to play the Vegas Golden Knights on Friday.

This report by The Canadian Press was first published Nov. 29, 2021.