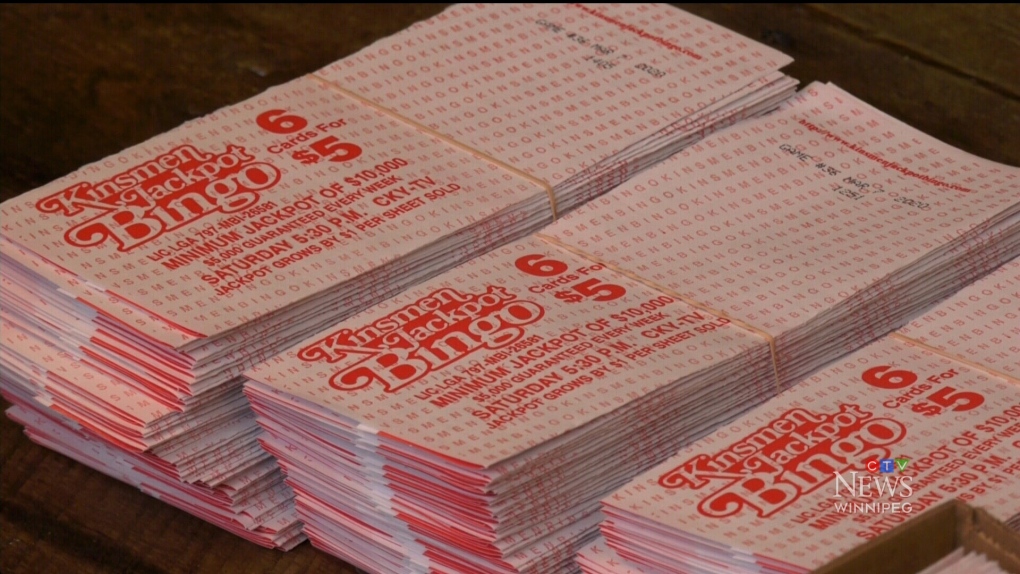 WINNIPEG -- Kinsmen Jackpot Bingo put a comment out on its Facebook page Tuesday asking players of the game to leave couriers and store staff alone.

"I think it's long overdue for me to mention that if some of you players (and I know it's a very very small percentage) feel the need to chase our courier in the streets, or be excessively rude to retail stores or our staff, to please consider calling the Gambling Hotline at 204-944-6382 in Winnipeg, or toll free 1-800-463-1554," said the post, which has since been deleted

A second post which has also been removed said it will no longer show a list of stores in the city that will receive cards for the safety of courier drivers. It will also not post updates or answer the phone about rural deliveries due to safety for Canada Post employees.

The post went on to say information will not be shared if people call the office and yell and swear at staff.

After the first two posts were deleted, Kinsmen made another comment clarifying it is "aware of some actions from a very small percentage of bingo players out there, and realize that 99.9% of you out there are not responsible for these actions."

A new post made on Wednesday also acknowledged that the organization is aware of some people scalping the tickets they have bought.

"I didn't want to give any more people the idea of doing it, but it seemed to be so prevalent already."

CTV News reached out to Raj Phangureh, who runs the bingo, and he declined an interview on Tuesday but did say he would let the Facebook comments speak for themselves.

One of the changes that will be coming to the game is a five-month pack of cards from Feb.8 to June 27.