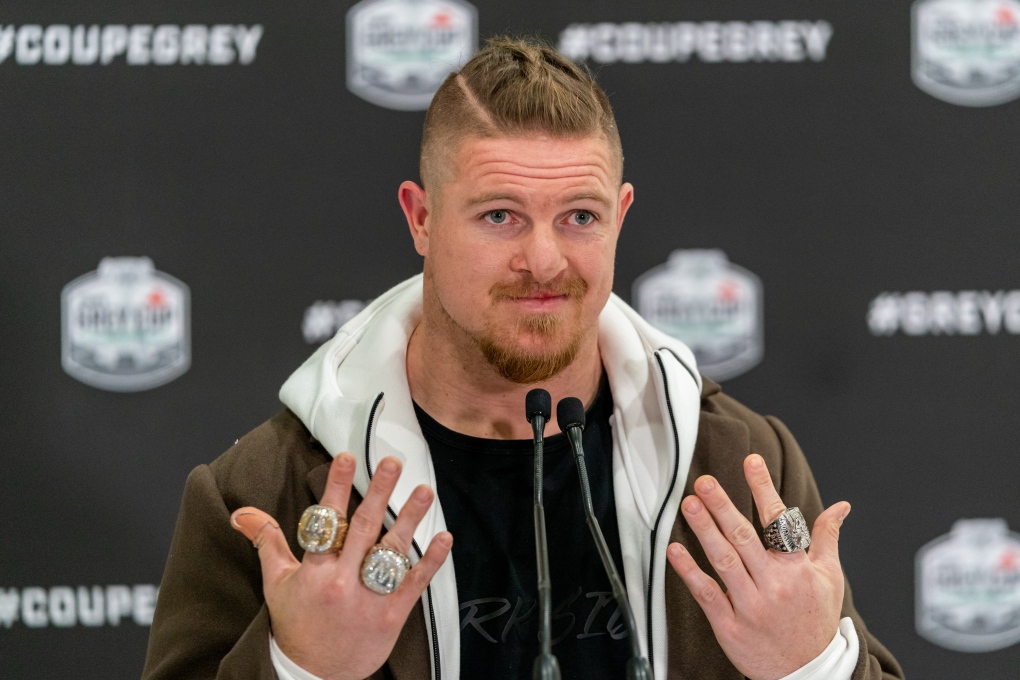 The 34-year-old Bighill was scheduled to become a free agent in February 2023.

Bighill will return to Winnipeg for a fifth season and his 11th in the Canadian Football League.

He led the Blue Bombers in total defensive plays in 2022, with 72 tackles, two sacks, one interception and one tackle for a loss.

Bighill is a three-time winner of the CFL's Most Outstanding Defensive Player award, earning the honour in 2015, 2018 and 2021.

His 72 tackles this year moved him into seventh place on the CFL's all-time list with 817.

This report by The Canadian Press was first published Nov. 29, 2022.

An annual survey on how trusting Canadians are suggests their faith in governments is rebounding as the COVID-19 pandemic begins to fade.

North Korean leader Kim Jong Un and his young daughter took center stage at a huge military parade, fueling speculation that she's being primed as a future leader of the isolated country as her father showed off his latest, largest nuclear missiles.