Tempers flared at a meeting with residents and management of Lions Place, a non-profit housing complex near downtown Winnipeg that has been tentatively sold to new ownership.

Lions Housing Centres (LHC) confirmed to CTV News earlier this week it accepted an offer made by an unnamed, Alberta-based firm, which put in a bid to buy the 287-unit building.

The organization said if the buyer is satisfied after a review, the sale could be completed by the end of January, leaving some seniors concerned the new ownership could lead to higher rent.

Management held an information session Thursday, outlining the mounting expenses and financial woes associated with managing the over 30-year-old building.

Lions Housing Centres executive director Gilles Verrier spoke to the sometimes hostile crowd, as some residents shouted back and even stormed out.

Verrier said for over 20 years, management has not issued rental increases above guidelines outlined by the province’s residential tenancies branch.

He also said LHC covered additional rent subsidies since 2018, after the Tory government discontinued its subsidy agreement with the complex.

Verrier said they spent $3.6 million upgrading the aging building over the past three years, including hundreds of thousands of dollars for lighting upgrades to save from a larger electrical rate hike down the road, $220,000 to add 24/7 security, plus thousands more in measures to control the spread of COVID-19 in the building.

“Management pushed for none of these costs to be passed on to residents because it was the right thing to do,” Verrier told the audience. 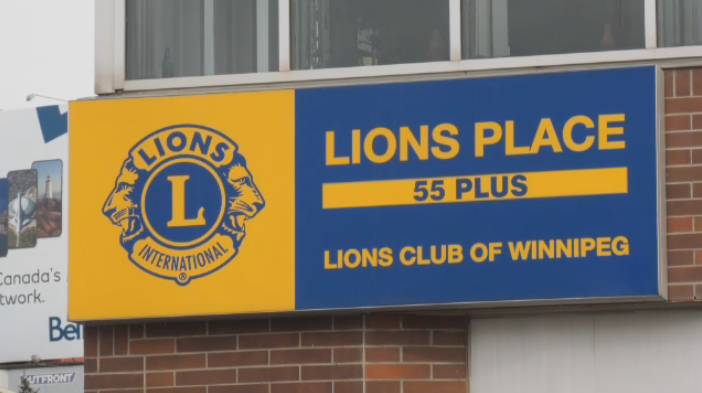 A tentative agreement with an Alberta-based company has been reached to purchase Lions Place. Nov. 28, 2022. (Source: Josh Crabb/CTV News)

Many residents pushed back, often shouting in disagreement with some of Verrier’s claims. One attendee says she’s dealt with bed bugs in her suite for three years.

Verrier said Lions Housing Centre can no longer afford to own the aging building, with millions more still needed to replace windows, renovate suites and replace heat pumps. He said two non-profits declined to put bids in on the building because rents were too low.

“If we can’t do it, why would they?” Verrier said.

RESIDENTS CALLING FOR PROVINCE TO INTERVENE

Gerald Brown, 85, has lived at Lions Place for the past eight years.

He formed an action committee in the summer of 2022 when he got word the building was up for sale.

He said he was disappointed that the meeting had a largely negative tone, and that there was not a commitment from Verrier to work with his committee.

He also feels management has not been transparent with tenants about the sale, adding the meeting did little to dispel fears that rents would rise under new ownership.

Brown and his committee are calling on the province to legislate a five-year moratorium on any rent increases.

Families Minister Rochelle Squires told reporters Monday she is working to ensure that seniors at Lions Place won’t face rent hikes, but didn’t specify how she would do it.

"We certainly understand that there is a lot of uncertainty and with that uncertainty comes a lot of anxiety for the seniors,” Squires said. “And for that, I am greatly troubled and very concerned about.”

- With files from CTV’s Josh Crabb

Late Mississauga Mayor Hazel McCallion is being remembered for the many ways she contributed to not only to the city she led for 36 years, but also the province and country following her death on Sunday morning.