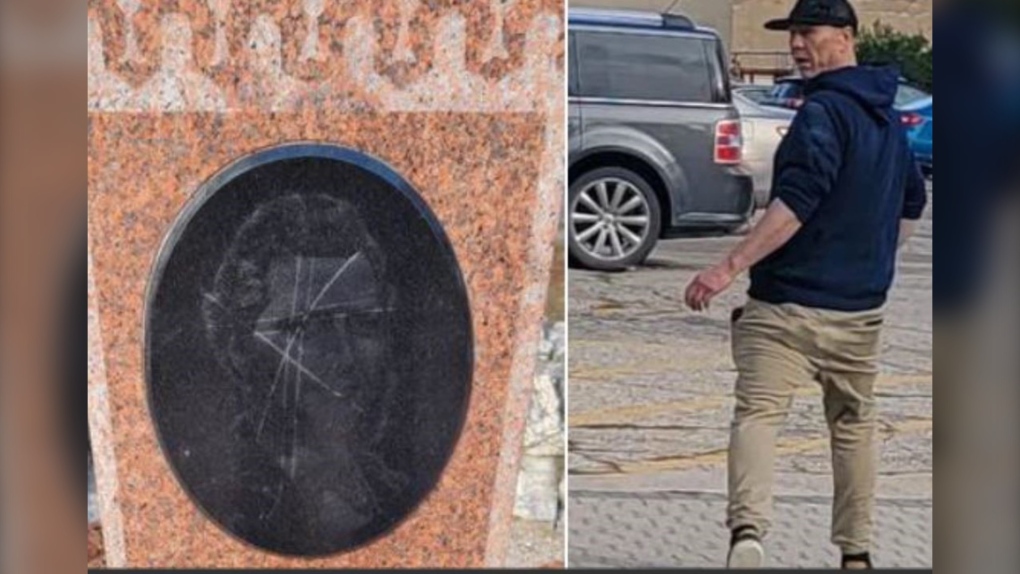 Winnipeg police release a photo of a man they allege is involved in the vandalism of the headstone of Louis Riel (source: Winnipeg police)

The Winnipeg Police Service is investigating the vandalism of Louis Riel's grave as a possible hate crime and are asking for the public’s help to find a man they believe was involved.

Police received a call on Oct. 17 alerting them to damage to Riel’s headstone at the St. Boniface Cathedral Cemetery. Images of the headstone at the time of the incident show scratches across the image of Riel’s face and name.

Police said the Major Crimes Unit is investigating the incident as a possible hate crime.

On Wednesday, the anniversary of Riel’s execution in 1885, police released an image of an adult man who was at the cemetery on Oct. 14 at approximately 4 p.m. Police believe this person was involved in the incident.