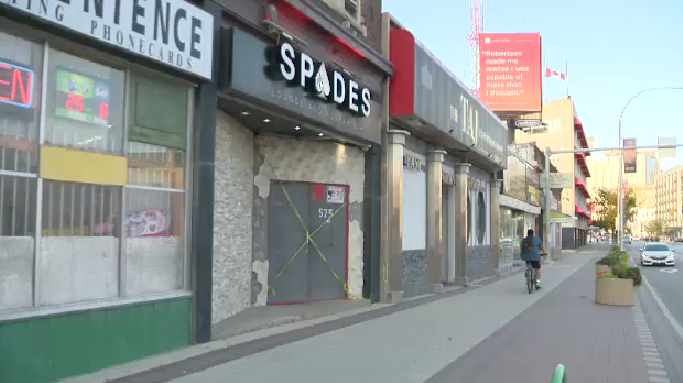 A police presence at a Winnipeg nightclub on Portage Avenue remains more than a day after first arriving.

Winnipeg Police Service said officers were first called to Spades Lounge and Hookah Bar around 3:00 a.m. Saturday morning. As of Sunday morning, police confirmed the officers were still at the scene.

Police said the Major Crimes Unit is investigating an incident at the club.

A spokesperson for WPS said more information will be shared on Tuesday.

In August of 2020, three people were injured in a shooting at the club. Police found the 19-year-old suspect six months later at a hotel and charged him with 15 firearm-related offences.