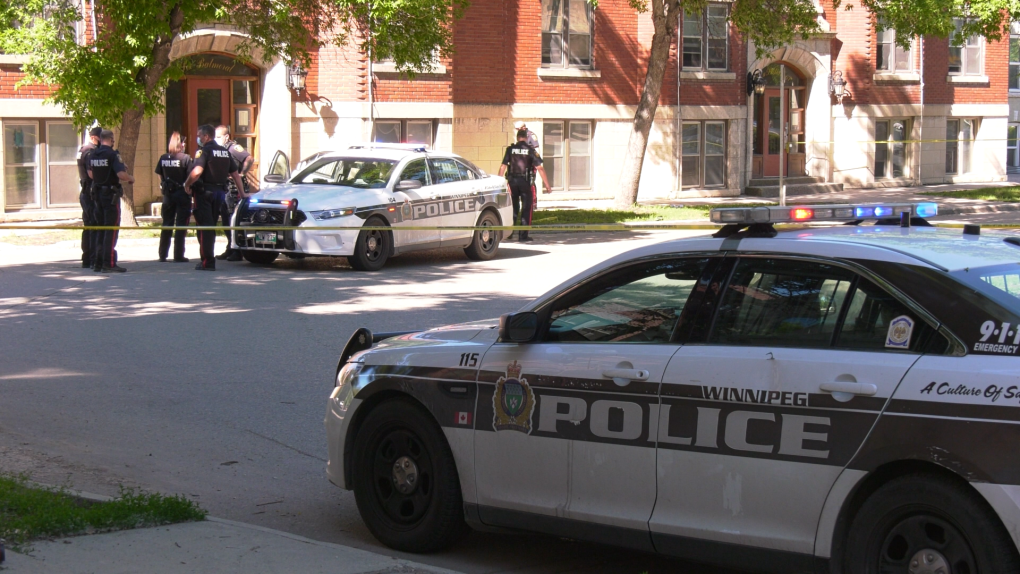 Winnipeg police investigate after a man was found suffering from a gunshot wound in the area of Balmoral and Young streets on June 14, 2021. (CTV News Photo Glenn Pismenny)
WINNIPEG -

The Winnipeg Police Service (WPS) is responding to a shooting in the West Broadway neighbourhood, and are asking the public to avoid the area.

WPS posted on Twitter that multiple police officers were in the area of Balmoral Street and Young Street. Police said officers received a report that a man had been shot, and responded to the scene at 3:45 p.m.

Balmoral Hall School is in lock-down. ALL STUDENTS AND STAFF ARE SAFE. Parents will not be able to pick up students for the near future.

Police said Balmoral Hall School was temporarily in lockdown, adding all the students and staff are safe. Parents are able to safely pick up students by taking Westminster Avenue directly to the front parking lot.

Residents are asked to stay off Furby Street, according to police.

Police said no further information on the identity of the victim or their condition is available.

People are asked not to call 911 for updates to the situation. Winnipeg police said live updates will be posted on Twitter.