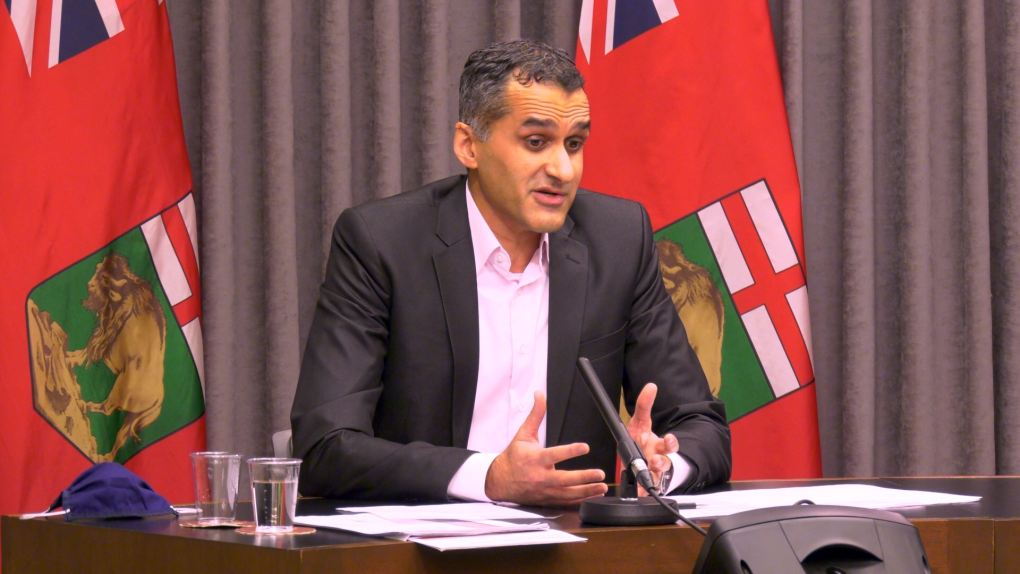 WINNIPEG -- Provincial health officials have announced there are eight new deaths due to COVID-19.

There have been 748 deaths since the start of the pandemic. Officials did note one previously announced death has been removed due to a data error, and the person is in fact still alive.

The five-day test positivity rate is 10.1 per cent in Manitoba and 8.4 per cent in Winnipeg.

This is the first time Manitoba has had fewer than 100 new cases since Oct. 19 and Dr. Jazz Atwal, the acting deputy chief provincial public health officer, said the province continues to be on the right trajectory.

"It's significant, it's encouraging," said Atwal, "It's that testament to that hard work and dedication of Manitobans to adhere to the orders, to take on that messaging, to make those sacrifices."

Atwal added as hospital numbers continue to lower, it means some procedures are starting up again like they were before COVID.

"These restrictions and what people are doing is really paying off to allow that acute care system to kind of return to some of those things before it was managing COVID. So again, those surgeries that got cancelled, those medical procedures that got cancelled."

He said it is a great feeling seeing the numbers come down and noted everything is going in the right direction.