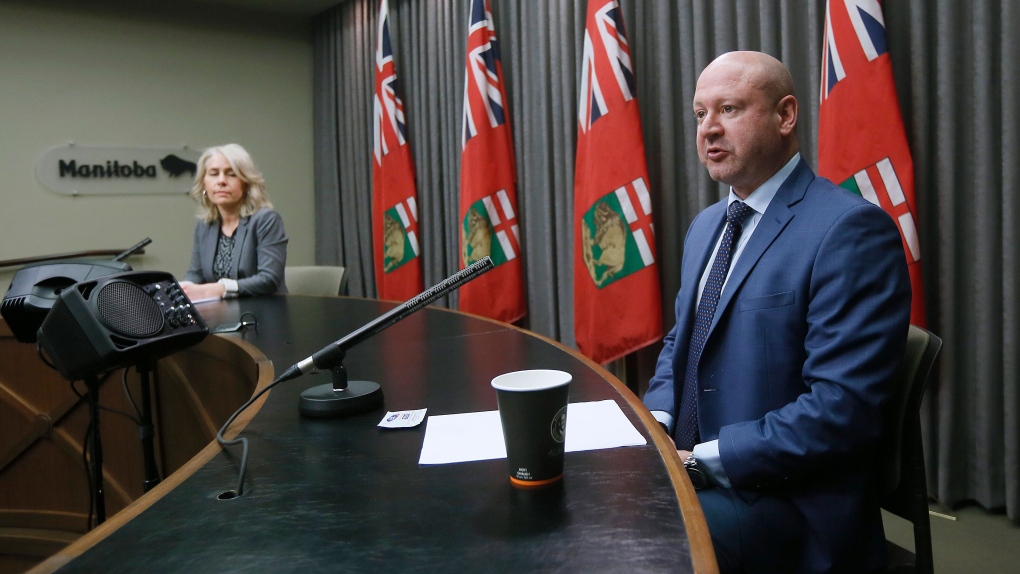 WINNIPEG -- The province has reported 14 more deaths related to COVID-19, as the total number of cases in the province breaks 20,000.

Dr. Brent Roussin, the chief provincial public health officer, reported the most recent deaths on Friday. These people range in ages from their 50s to their 100s, with half of them linked to various personal care home outbreaks, and one was linked to an outbreak at the Health Sciences Centre. More information about these deaths can be found at the bottom of this article.

These most recent deaths bring the total number of people who have died related to COVID-19 in Manitoba to 465. Roussin said since the beginning of the pandemic, about 7.5 per cent of people who get COVID-19 experience a severe outcome, such as hospitalization or death.

"We are certainly in a much different place at this stage than when we were in the initial wave," Roussin said. "We've seen our death rate increase by more than nine times since Thanksgiving."

In addition to the deaths, the province reported 447 new cases of COVID-19, the majority of which are in the Winnipeg region.

Winnipeg was followed closely by the Northern Health Region, which saw 136 cases on Friday.

Roussin said urban and rural First Nation communities have been hit hard by the pandemic recently.

He said in October there were no COVID-19 fatalities in First Nations people, but now more than one-in-10 of the daily reported deaths are among First Nations.

He said now more than three-in-10 cases of COVID-19, and about half the current hospitalizations are among First Nations.

He said one of the hardest-hit communities is the Shamattawa First Nation, which has more than 300 residents – about a third of the population – infected with COVID-19.

He said more than 100 cases were confirmed in the community on Friday.

These cases bring Manitoba's COVID-19 total since March to 20,392. Two cases have been removed from the total due to a data correction.

The five-day test positivity rate in Manitoba is 13.8 per cent.

The province has reported 5,517 active cases of the virus as of Friday, with more than 14,400 recoveries.

"We have to be able to get through these holiday seasons without escalating the transmission of this virus."

These hospitalizations come as the province reported new COVID-19 outbreaks at the Hamiota Health Centre acute care unit in Hamiota and Seven Oaks General Hospital unit 3U4-7. Both sites have been moved to the critical or red level of the province's pandemic response system.

The deaths announced on Friday include: