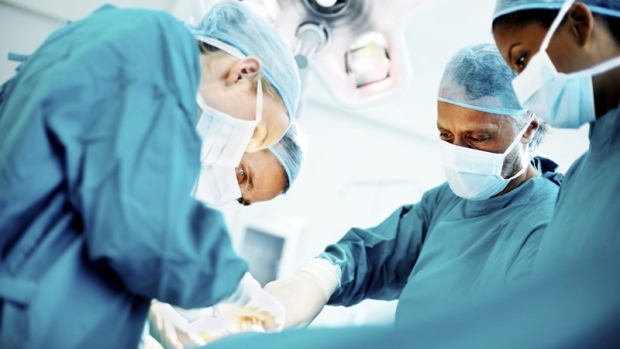 The province will be covering the cost of a facial feminization surgery for a transgender woman, after the Manitoba Health Appeal Board unanimously decided the surgery is key for her to tackle gender dysphoria.

The decision from the Manitoba Health Appeal Board was delivered in August 2021.

Public Interest Law Centre Staff Attorney Allison Fenske, who represented the woman in the case, said this is the first time Manitoba Health and Seniors Care will be required to cover a facial feminization surgery.

"This has been a really long road for her. She has been working towards this moment for about five years now," Fenske told CTV News.

"This is the culmination of a lot of hard work and determination on her part, and a really, really important step forward for the trans community here."

The unnamed woman in the case has been diagnosed with gender dysphoria – a condition where a person's expressed or experienced gender does not match their gender at birth, the decision said.

The decision said the woman testified to the board that she can only see a man's face when she looks in the mirror, though inside she feels fully female.

"Her gender dysphoria causes her great anxiety to participate in life as she fears being identified as male or questioned on her gender and having to deal with the explanations and stigma which follow," the decision reads, adding she also feared for her physical safety,

She received recommendations from medical and psychological professionals to undergo facial feminization surgeries, which would alter aspects of her face that appear to be "classically male to become more female," the decision said.

The woman appealed the decision twice – once in 2020, which was dismissed, and again in 2021. According to the decision, the province argued the procedure was not medically required.

In its most recent decision, the board said it is satisfied the facial feminization surgeries are "key to tackling her gender dysphoria."

It said the woman has been suffering from "significant psychological distress affecting her mental and physical wellbeing as a result of her gender dysphoria."

"Her testimony was clear on this point and uncontroverted," the decision reads. "This distress is brought on by her male appearance not matching her female identity."

The board did point out that, while the province will cover the cost in this woman's case, not all facial feminization surgery will necessarily qualify as medically necessary, as there is no one size fits all diagnosis or treatment for gender dysphoria.

A spokesperson for Manitoba Health and Senior Care said the department is analyzing the board's decision and comments, "for the appropriate administration of the payment for medically required insured benefits."

Fenske said she hopes the case will lead to change in Manitoba's current policies around gender-affirming care and coverage for care.

"The current policies around insurance benefits for gender-affirming care are outdated, and do not work for the trans community and are not respectful of their human rights," Fenske said.

"For Manitoba Health to just have a list of things that they're willing to say yes to you, and then things that are automatic no - that kind of a system does not take into account the individual needs of patients."

In its decision, the board said the regulations and internal policies around the treatment for transgender people, "may be getting somewhat dated," and added it may be time for the province to update and clarify what will and will not be covered.

"As with many aspects of healthcare, changing clinical considerations as well as system planning and sustainability are considered to be important factors in considerations to legislative, regulatory or policies that govern the provision of Healthcare in Manitoba," the spokesperson for Manitoba Health and Seniors Care said in an email to CTV News.

The full decision can be read here:

A spokesman for the chair of an all-party parliamentary group says it is "carefully" reviewing how it handles events with outside events after a newspaper publisher accused of holding antisemitic views took part in a recent gathering.

A mass shooting survivor and spokeswoman for gun-control group PolySeSouvient says it is 'incredibly disrespectful' for firearm rights advocates to invoke the group's name in a merchandise sale discount code.

Lawyers for 'Freedom Convoy' organizers have won their bid to get access to unredacted versions of 20 documents at the Public Order Emergency Commission.

Twitter has suspended rapper Ye after he tweeted a picture of a swastika merged with the Star of David.

Pain relief from marijuana comes from a belief it helps, study finds

Some people suffering pain from cancer and other chronic diseases turn to marijuana to ease their suffering, but much of that relief may come from simply believing weed will help, a new study found.

U.S. prosecutors on Thursday asked a judge to dismiss bank fraud and other charges against Meng Wanzhou, the chief financial officer of China's Huawei Technologies whose 2018 arrest strained relations between the U.S. and China.

Hockey Canada says there were more than 900 documented or alleged incidents of on-ice discrimination across all levels and age groups during the 2021-22 season.