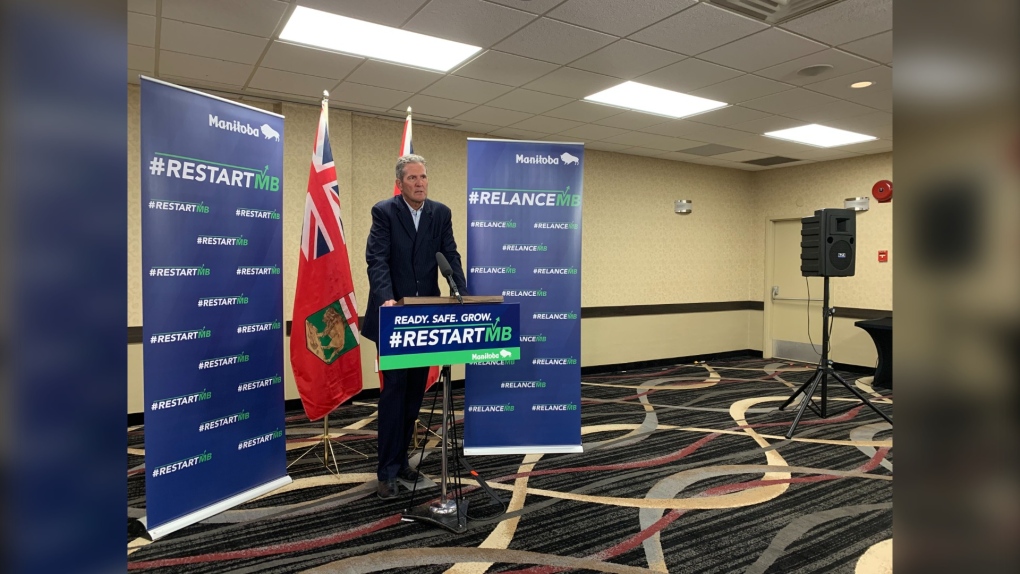 WINNIPEG -- The provincial government has launched its #RestartMB campaign, which will focus on recovering from the impacts of COVID-19.

Pallister said the tagline for this new campaign is 'Ready. Safe. Grow.' a slogan he said signifies that Manitobans are ready for what lies ahead, that safety is the first step to growth, and that Manitoba will grow its way out of the economic challenge and be stronger when COVID-19 passes.

"We've continued to lead the country in keeping COVID numbers down, in protecting our citizens effectively and so a major part of this ad campaign is to make sure that we keep educating and reminding people of the fundamentals," said Pallister.

'HOW DOES THIS HELP ME?' OPPOSITION CRITICIZES CAMPAIGN

"When I look at the billboards that have gone up around town, I put myself into another Manitobans shoes and I just ask myself 'if I'm a small business owner struggling to pay the rent and I see this blue billboard that says, Ready. Save. Grow. How does that help me?'," said Kinew. "We're in a public health emergency, the state of emergency is still in place and I don't see how branding our economic recovery before the province has even really invested in getting that recovery going, how that helps anybody."

Pallister said during this time, even though the province has provided several programs to help Manitobans, the best way to restart the economy is to have people go back to work. He noted, Manitobans would much rather work than stay home and collect subsidy cheques.

"If we have a safer society, we are going to have more people be confident to go to work, to shop, and to create more job opportunities for those who deserve a chance to get back to work.

"When we support each other's small businesses, when we do travel within our province, that is the kind of thing we do. We create an opportunity for someone else and their family to support themselves."

The province said the ad campaign has already cost $250,000 but added the "full scope" of the campaign has not been finalized yet.