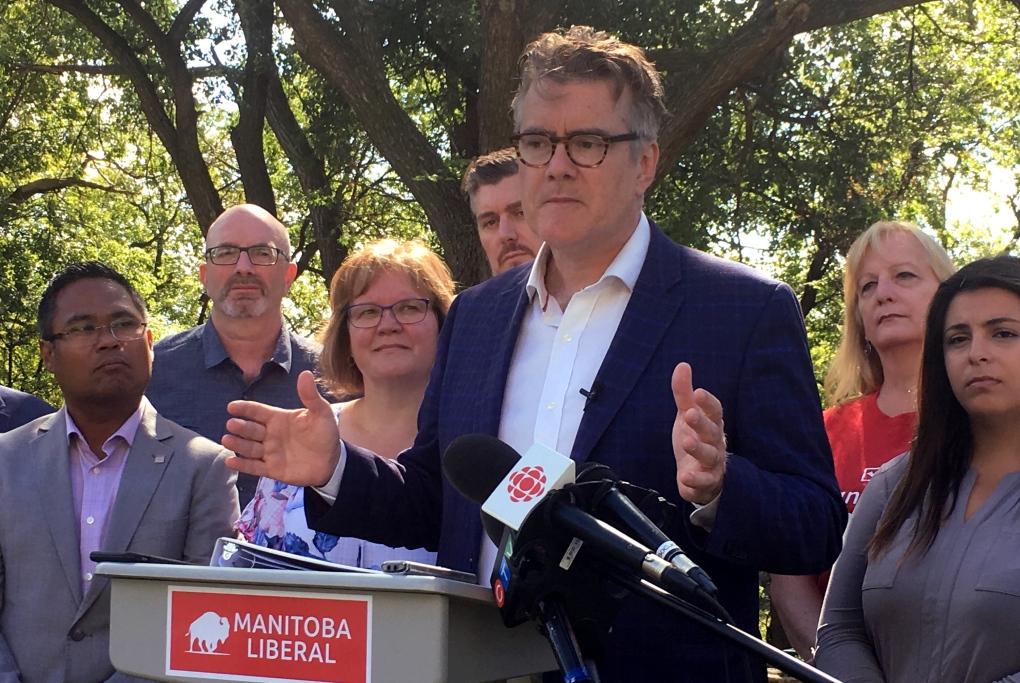 The Manitoba Liberals say they would toss out a $500 fee for foreign workers wanting to come to the province if they win the Sept. 10 election. Liberal Leader Dougald Lamont speaks to press in Winnipeg, Tuesday, Aug. 20, 2019. THE CANADIAN PRESS/Steve Lambert

WINNIPEG - The Manitoba Liberals say they would toss out a $500 fee for skilled foreign workers wanting to come to the province if the party wins the Sept. 10 election.

Brian Pallister's Progressive Conservatives brought in the fee as part of Manitoba's nominee program in November 2016.

The program allows the government to nominate immigrants according to the province's labour needs.

Liberal Leader Dougald Lamont calls the fee a "head tax" and says the Tories haven't kept a promise to use at least $2 million of the money raised for immigration programming.

He says a Liberal government would also make it easier for foreign workers to be reunited with their families.