Manitoba Métis Federation to donate $100K for aid in Ukraine 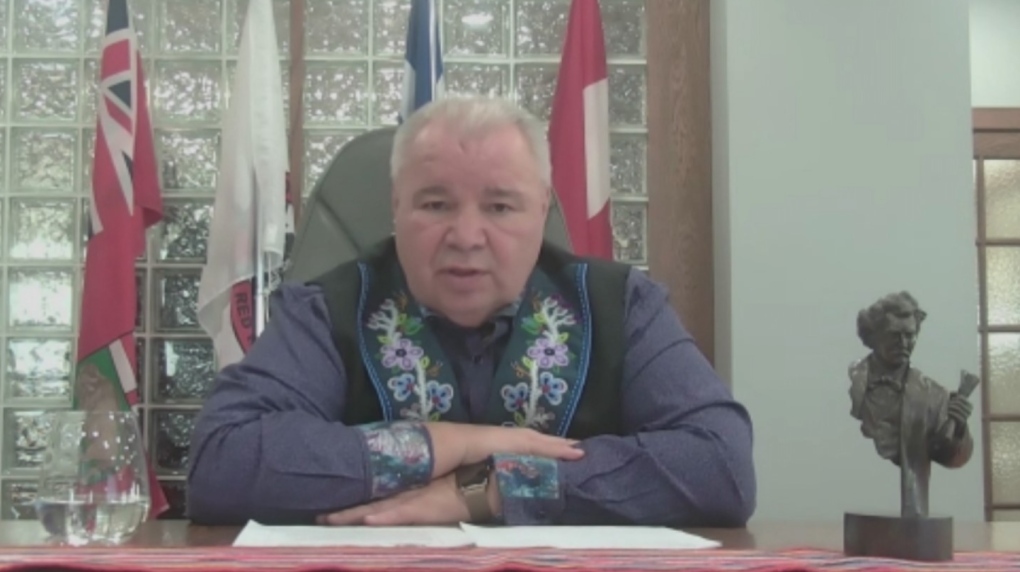 Manitoba Métis Federation President David Chartrand says the MMF is donating $100,000 towards humanitarian aid in Ukraine as that country continues to defend itself against the Russian invasion. (CTV News Winnipeg)

The Manitoba Métis Federation (MMF) is donating $100,000 towards humanitarian aid in Ukraine as that country continues to defend itself against the Russian invasion.

"Our government had an emergency meeting this morning, and our cabinet came to the unanimous conclusion we have to do something," MMF President David Chartrand told CTV News.

Chartrand said the Métis and Ukrainians have a long history of close relationships for more than a hundred years. He said the MMF decided it had to do something to help the men and women in Ukraine who are fighting on the front lines.

'It is such a scary time for the world, and I just hope that everybody can stand together on this," he said. "This $100,000 is minimal to what Ukraine needs but at least (it is) a message, a powerful message, that the Metis of the Red River stand with Ukraine."

The funds will be used to support relief efforts in Ukraine, along with long-term recovery and other critical humanitarian needs in Ukraine and surrounding countries.

He said the MMF will be speaking with the federal government to determine which organization to send the funds to, and is encouraging other Manitobans to donate as well.

Prime Minister Justin Trudeau says reconciliation will form part of the discussions Prince Charles and Camilla, Duchess of Cornwall, engage in during their visit to Canada. Trudeau is in Newfoundland and Labrador today where he will join Gov. Gen. Mary Simon in welcoming the royal couple to Canada for a three-day visit.