WINNIPEG -- A Manitoba man has been collecting Indiana Jones memorabilia for the past 40 years, amassing what may be the world's largest collection in honour of the fictional adventuring archeologist.

When Indiana Jones and The Raiders of the Lost Ark was first advertised in 1981, Les David wasn’t interested in seeing it – not even a little.

But he went to the movie as a favour to a friend. Two hours later, he said his jaw dropped.

"I was not prepared for that rollercoaster ride at all," he said.

It is rollercoaster ride he's been on for 40 years, and the proof of David's lifelong love affair with the film franchise can be found in a custom-made building on his rural Manitoba property where he keeps his vast collection of Indiana Jones memorabilia and collectors' items.

"We call it the world's largest Indiana Jones collection," said David. "We're working on certifying that with the Guinness Book of World Records." 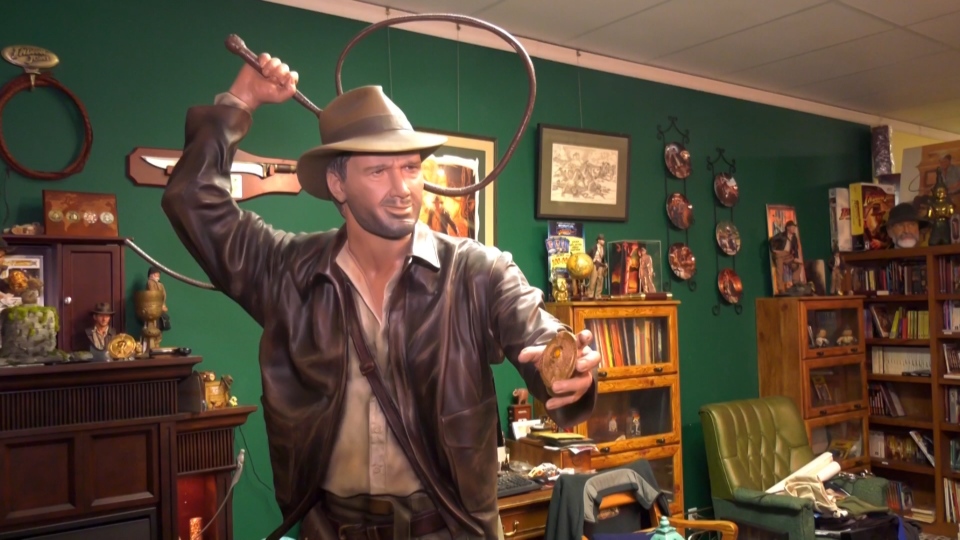 David has between 8,000 and 9,000 separate Indiana Jones-themed items from around the world.

His collection includes everything from costumes used in the movie, to copies of the films on every format imaginable – even on old camcorders.

"They released the films in full length on camcorder," he said. "The idea being if you were on holiday in a motel you could plug your camcorder and have a portable VCR with you."

In addition to the posters, books, and the many other items in the collection, David has Indiana Jones-themed VLTs specially imported from Japan.

"They were nice enough to go back to the factory and have one of each constructed specifically for us," said David. 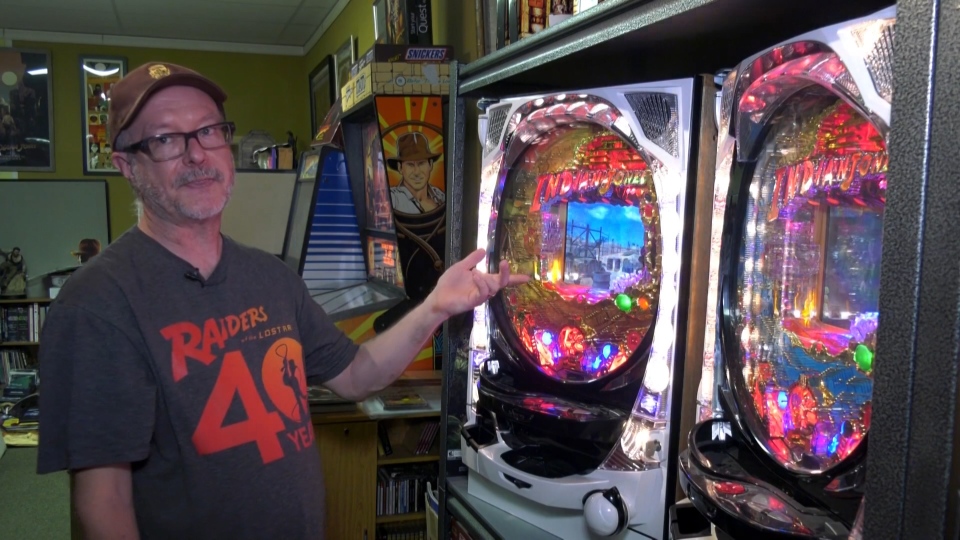 As you can imagine, assembling a collection like this wasn't easy, and it wasn't cheap either.

While he isn't certain exactly how much he's spent on the collection, David estimates he's spent a quarter million dollars over the past 40 years.

He doesn't have to guess though about the incredible joy his collection has brought to himself, as well as his family and friends over the years. 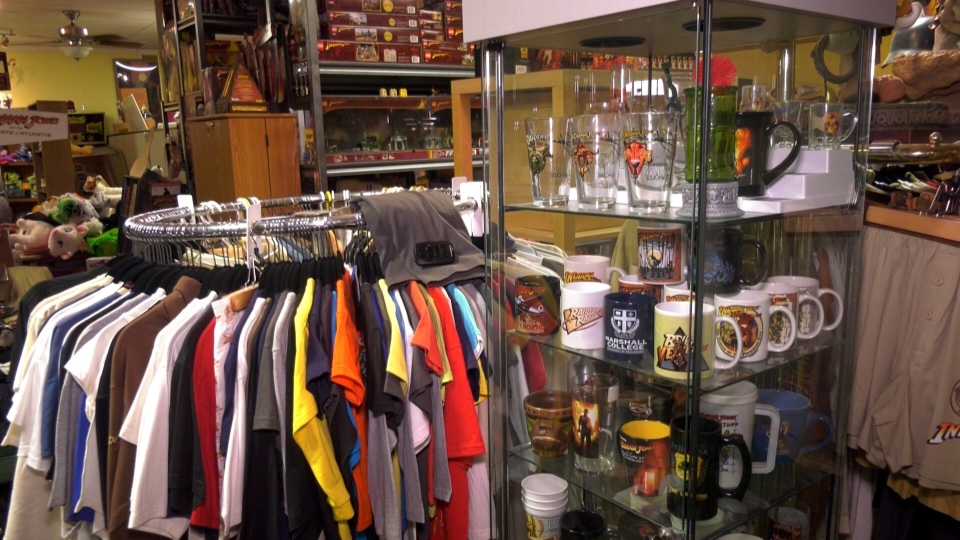 It is a collection that will almost certainly grow even bigger in the years to come, as Indiana Jones actor Harrison Ford is currently shooting another film in the series.

David is cataloguing every item in his collection – a task that may take a year to complete, but if all goes well, could earn him the title of a Guinness record holder in time for the 2023 edition.