A Manitoba park named after fashion mogul Peter Nygard has been transformed into an homage to the grain elevators that once looked over the lands.

Formerly known as Nygard Park, Prairie Sentinels Park was reimagined in the town of Deloraine, a community near the Turtle Mountains in the southwest corner of the province.

The project was undertaken by the Deloraine-Winchester Historical Society about a year ago, recently formed and looking for a project to showcase the heritage of the area.

The group became aware that the naming rights for Nygard Park, situated on Main Street in Deloraine, had lapsed and approached the town council about its availability.

In a statement provided to CTV news dated June 16, 2020, the town’s council said, “Council of the Municipality of Deloraine-Winchester along with the newly formed Deloraine-Winchester Historical Society would like to announce the renaming of the park located at 108 North Railway Avenue East.”

“DWHS has proposed dedicating the current park space to a pictorial history of the grain elevators – the Sentinels of the Prairies (so-called because they “kept watch” over the prairies) that were once so vital to this community.”

Peter Nygard came to Canada as a child from Finland with his parents in 1942. The family first lived in the town of Deloraine in a converted coal shed without running water.

The park was named after Nygard in 2002.

Nygard remains in custody, and the charges have not been proven in court. 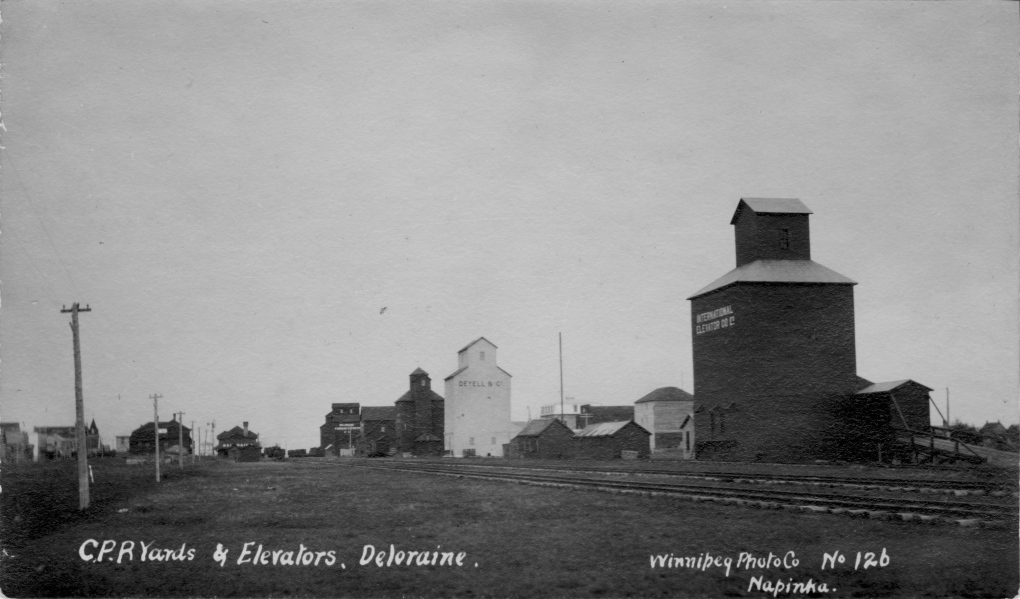 The park is located right along the railway siding in town, where the grain elevators once stood along the track.

“In fact, one of the elevators was Ogilvie’s and it was the very first elevator built in Deloraine,” said McClelland. “It is a perfect fit because that whole piece of the park was where an elevator once stood.”

Grain elevator history has become somewhat of an obsession for McClelland after spending countless hours researching the history of the area for the project.

“I lived, breathed, and slept elevators for six months last year. They were on my mind when I went to sleep, they were the first thing I thought of when I woke up. I have become intimately familiar with every elevator that was ever built in this municipality,” she said.

Deloraine was a happening place back in the 1880s, with no fewer than five grain elevators going up within a decade, starting in 1886.

“It was a really exciting place to be. The grain industry was new, exciting, and risky, we had all kinds of people that went on to found things like the Grain Exchange in Winnipeg,” McClelland said.

One elevator remains from the peak of 13 in the municipality. It is located about one and a half kilometres west of the town. It is privately owned and still in service. 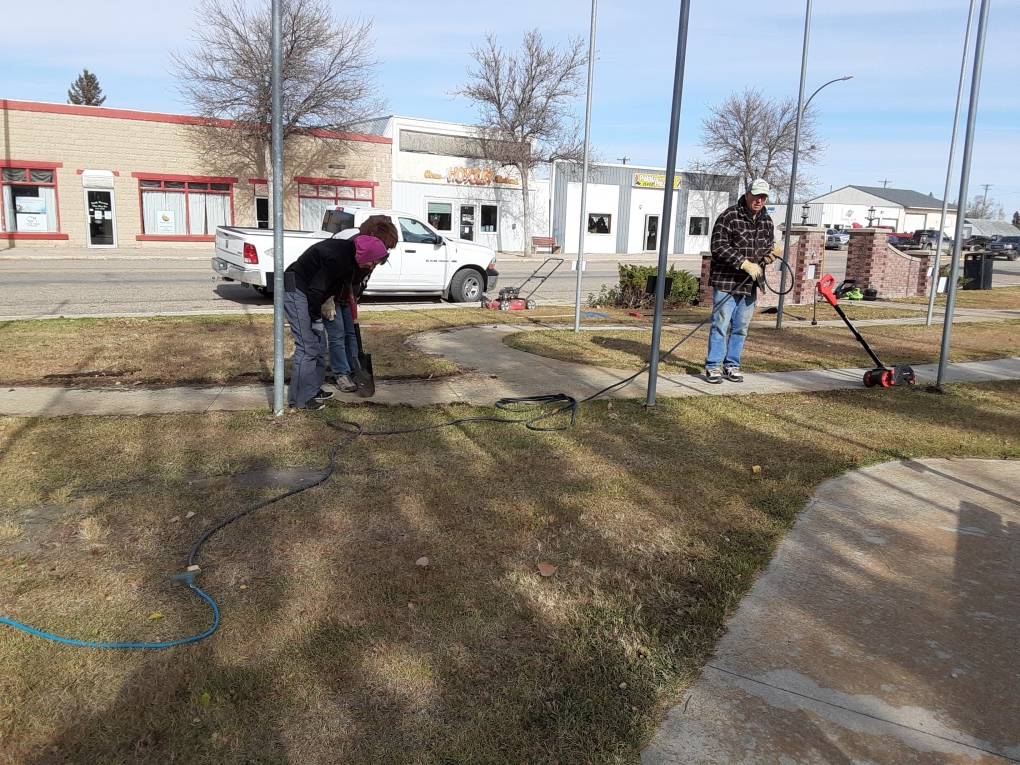 “It’s really a huge opportunity for people to learn about prairie life who didn’t grow up on the prairie,” said McClelland.

The park is set up with a walking path dotted with 19 storyboards filled with pictures and text.

There are also over 60 flagpoles, part of a millennium project when the Town of Deloraine raised the flags of about 250 different countries in 2000.

Those poles will now host the flags of countries that buy wheat from Manitoba. Unbeknown to the historical society at the time of planning, Manitoba sells wheat to over 80 countries.

“So we couldn’t fit all the flags in. We would have had to buy another two dozen flag poles,” said McClelland.

Smaller elevator models, built for use in parade floats, are also planned.

The project came together through grants, and sponsorship opportunities with local businesses, families, and individuals.

The park is open but the work is not finished. Landscaping, installation of the storyboards are just a couple of the things that still need to be completed.

The celebration of its creation has been put on hold because of the pandemic, with a tentative date now set for September 11.

“We would really like to be able to celebrate the park opening with people around, not just live-streaming it or six people in attendance.”

After 36 days of parties campaigning for their votes, Canadians have spent the day making their voices heard, heading to the polls across 338 ridings to elect their next member of Parliament and ultimately determining who will form the next federal government at a pivotal time in the pandemic.

Follow our CTVNews.ca Truth Tracker live blog for real-time analysis, as we keep an eye on instances of voting irregularities as well as election night misinformation spread through social media.

With about 1 million voters sending in their 2021 ballots by mail, Canadians may have to wait longer than usual to find out who will form the next government.

New report suggests 75 per cent of dementia cases are undiagnosed, with 'tsunami' of new diagnoses on the horizon

According to a new report looking at Alzheimer’s disease and dementia worldwide, around 75 per cent of all dementia cases are undiagnosed — and due to advancements in treatments and testing, there could be a 'tsunami of demand' for diagnosis in the next few years.

The collision happened at the voting station at the Sunshine Academy at 65 Sunshine St.

Alberta also recorded 22 more deaths due to COVID-19 over the weekend.