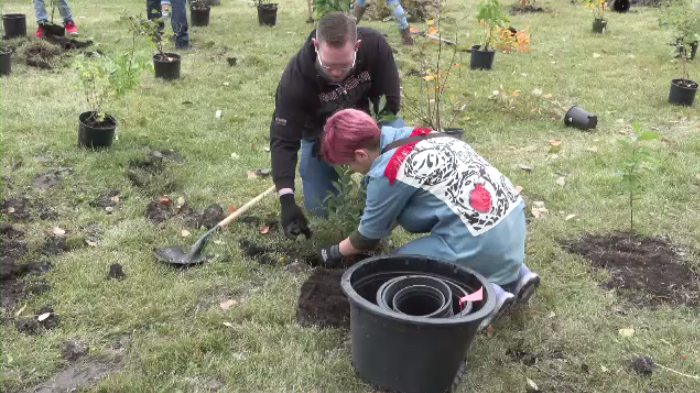 A total of 176 trees and shrubs will be planted in Scurfield Park, one for every person who died on Flight PS752 (Source: Gary Robson, CTV News Winnipeg)

Winnipeg's Iranian community gathered in Fort Garry this weekend to plant trees in honour of the victims of Flight PS752.

That flight was shot down by Iranian missiles just after takeoff from Tehran’s IKA airport on January 8, 2020. 63 Canadians died in the crash, including nine people from Manitoba.

Members of the Iranian Community of Manitoba (ICM) are now remembering those victims with a living memorial in Scurfield Park.

"In honour of their memory, we have been planning for months to start this tree planting project, which then turned into a bigger project," said ICM president Arian Arianpour.

He said a total of 163 trees and shrubs were planted Saturday.

"Today's tree planting is only the first phase," he said. "The second phase will include more tree planting and also building a plaza." He said a memorial boulder with a plaque will also be placed at the site.

A total of 176 trees will be planted, one for every victim of the tragedy.