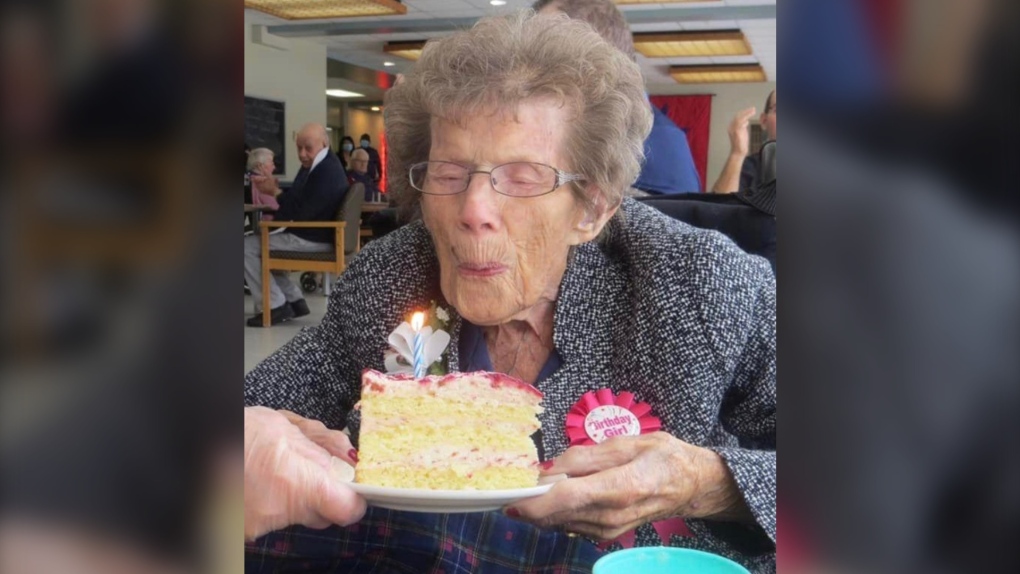 Born on January 10, 1911, Jemima Westcott, more commonly known as Mime, was joined virtually by her family for the milestone from the care home in Brandon where she is living.

“She’s amazing, she’s doing really well for 111,” said Raunora Westcott, Mime’s granddaughter. “One thing we’re really lucky to have is such a sharp memory from her. She really can tell some great stories from every decade of the past century.”

Mime hails from a small Manitoba farming community called Lauder. As one of 11 siblings, she grew up doing chores on a farm before becoming a teacher, getting married, and settling in Douglas, a community just east of Brandon.

“I don’t ever remember her sitting down, like she was always up and moving around,” said Raunora.

And there perhaps lies the key to her longevity.

Raunora said Mime and her siblings were studied by university academics to discover the root of their extended lifespans. With Mime being the only living sibling, the conclusion was that she had won the genetic jackpot.

It’s a sentiment shared by Raunora, but she also believes a lot of it has to do with the lifestyle she led. Hard work, whole-food meals, and no smoking. She was also widowed early, and has been single since her early fifties.

“I don’t know, maybe that has something to do with it. No one nagging you all the time,” said Raunora with a laugh.

When it comes to pandemics, Mime is in a unique position as she has lived through two that have killed millions of people worldwide.

It is a topic she has spoken to often and the similarities are oddly familiar. Social distancing and masking were both in effect about a century apart. 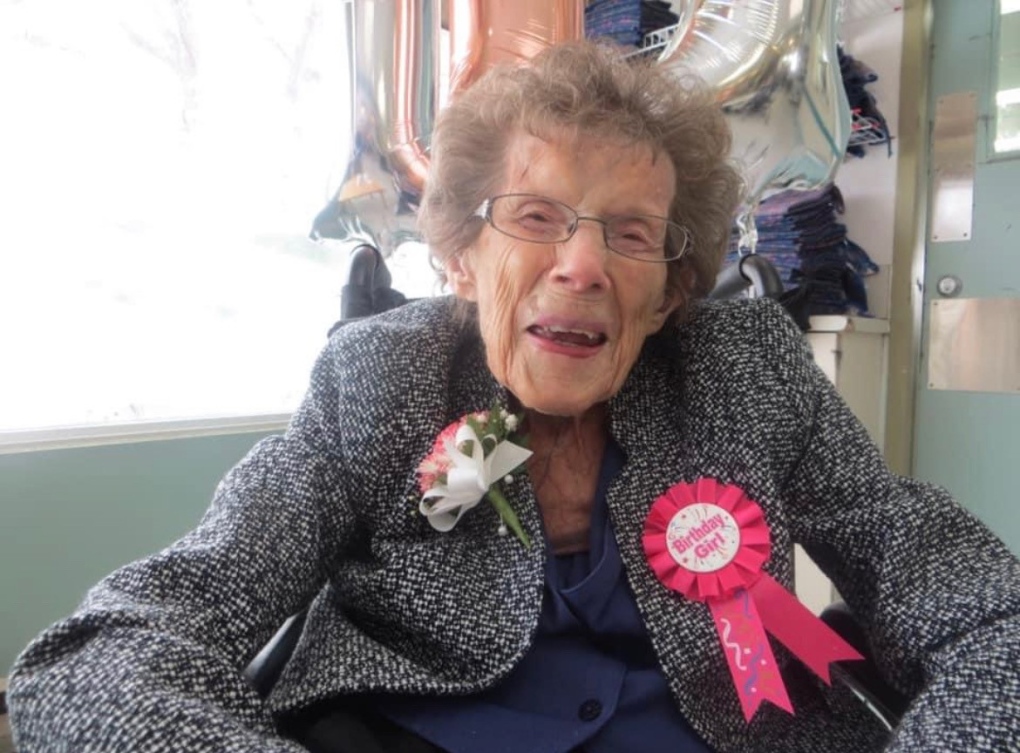 Raunora said her grandmother’s care home is one of the very few, if any, in the province that has not been hit hard by the COVID-19 virus. She credits the facility’s procedures and the diligence of staff in keeping the residents safe.

Back when the 1918 Influenza Pandemic was running rampant across the continent, it was Mime’s mother who tried to keep her children safe.

It is estimated one-third of the world’s population at the time became infected with the H1N1 virus, and at least 50 million died, according to the Centers for Disease Control and Prevention.

Raunora said Mime’s childhood community was mostly spared, with the exception of a couple of houses.

Mime’s mother instructed her children to cover their faces with handkerchiefs as they passed by the homes suspected to house infected people.

“Their mother poured eucalyptus oil on some cloths and had them hold them to their noses as they walked in the vicinity of that area,” said Raunora.

The pandemic has been challenging for many families and Raunora’s is no exception. The last time she saw her grandmother in person was in early December for a holiday gathering.

Despite celebrating Mime’s 111th birthday hundreds of kilometres apart, Raunora may be taking a page out of her grandmother’s playbook.

“Her advice to people would be to be content with what you have and to hold your relationships, your family and friends, those relationships closely and really care for others around you,” said Raunora.

A daylong memorial began Monday in Kamloops, B.C., at the site of what was once Canada's largest residential school on the one-year anniversary of the announcement of the detection of unmarked graves.

A Russian soldier who pleaded guilty to killing a Ukrainian civilian was sentenced to life in prison on Monday in the first war crimes trial since Moscow invaded three months ago, unleashing a brutal conflict that has led to accusations of atrocities, left thousands dead, driven millions from their homes and flattened whole swaths of cities.

First of three flights bringing about 90,000 Ukrainians to Canada to land in Winnipeg

The first of three charter flights bringing Ukrainian refugees fleeing Russia's invasion to Canada is to land in Manitoba this afternoon.

Wreckage found of plane that disappeared in Ontario with Alberta men onboard, police say

The wreckage of a small plane that disappeared last month in northern Ontario with two men aboard has been located in Lake Superior Provincial Park.