Manitobans in store for supermoon, meteor shows over next few days

Manitobans in store for supermoon, meteor shows over next few days 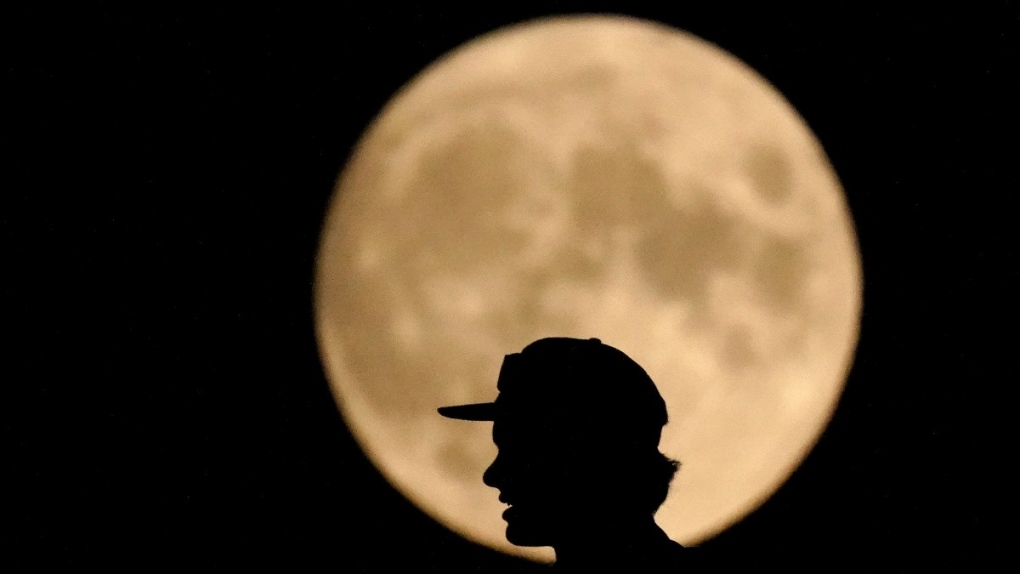 A man is silhouetted against the full moon, Aug. 21, 2021, in Kansas City, Mo. The August full moon is known as the "sturgeon moon." (AP Photo/Charlie Riedel)

The Manitoba skies will be offering some beautiful sights over the next few days, as residents will be able to catch glimpses of a supermoon, as well as meteor showers.

On Thursday night, Manitobans will be able to see the last supermoon of the summer, known as the Sturgeon Moon. It is expected to reach peak illumination around 8:36 p.m.

Scott Young, the planetarium astronomer for the Manitoba Museum, explained that a supermoon is when the moon is closest to Earth in its orbit during a full moon.

“The moon actually goes around the earth in a slightly oval path, and so some full moons it’s closer and so it looks a bit bigger. Some full moons, it’s further, and it looks a little bit further,” he said in an interview with CTV Morning Live on Thursday.

As for why it’s called the Sturgeon Moon, Young explained that back in the day people did not have the traditional calendar that we use today, but rather used full moons to mark the passage of time.

“The people that were here thousands of years ago began to notice these cycles. The various First Nations and Indigenous peoples, and actually people all around the world, basically would come up with names for each full moon,” Young said.

“Those have sort of perpetuated to today and sort of now interfaced with the more modern calendar that we use with the months that the Romans came up with.”

This moon was likely named the Sturgeon Moon as it took place during the time of year when sturgeons were most readily caught.

This is also the time of the year that Manitobans can see the Perseid Meteor Shower, which is an annual event that peaks every year around Aug. 11 and 12.

Young explained that these meteor showers start at the end of July, when you might see a few meteors more than normal. Then as we get closer and closer to the peak, the rate of meteors increases.

“At the peak, on a really good year, you can see sometimes one or two meteors every minute, but even now, people are reporting more and more falling stars that they’re noticing just when they’re out looking at the sky,” he said.