WINNIPEG -- A couple in Northwestern Ontario has a fuzzy new friend to keep them company while they are ice fishing.

A mink, who they call ‘Sneaky Pete,’ has made himself at home inside an ice fishing shack near Red Lake, Ont. The couple, Greg and Penny Mercer, said Sneaky Pete made his first appearance just after Christmas.

“All of a sudden I see something kind of pop up through my (ice fishing) hole and I was like ‘What was that?’” Greg said.

“At first I thought, ‘Was that a fish?’ Then all of a sudden we see this thing pop its head up, we thought it was a weasel at first and then we found out it was a mink later.” 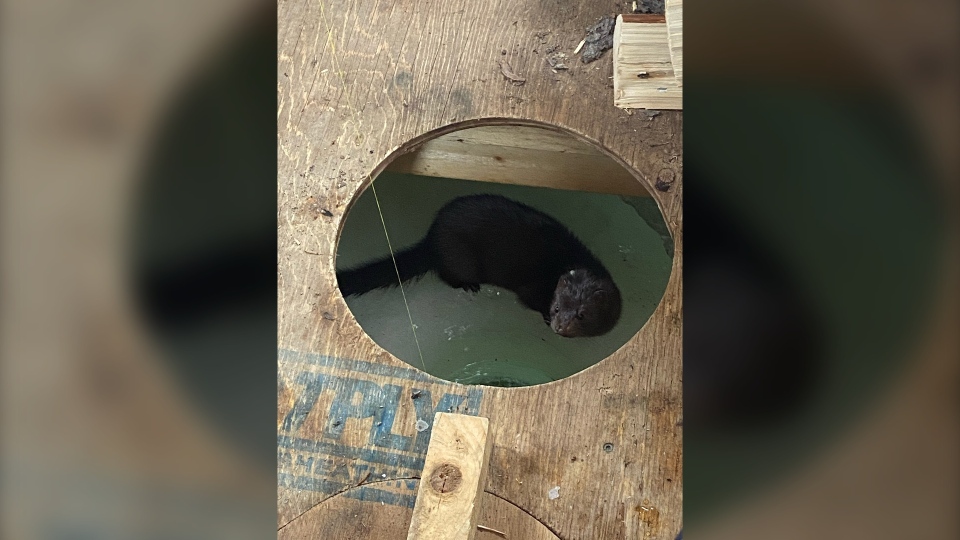 Penny noted there are other minks in the area, but this is the first one they’ve seen up close.

The couple said their new friend is always around, adding that the little guy takes naps under their wood stove.

However, there is one problem – Sneaky Pete tends to steal their fish, and is quick to snatch the catch from their lines.

The couple said they do try to keep their distance from the mink, which can be tough in a six by eight foot shack.

“He comes in and hangs out. We don’t let him get too, too close. Half the shack is his, he likes to hang out by the fire stove. If he tries to get too close to us we just move our feet and he scurries away. He’s kind of scared, but he’s pretty tame.” 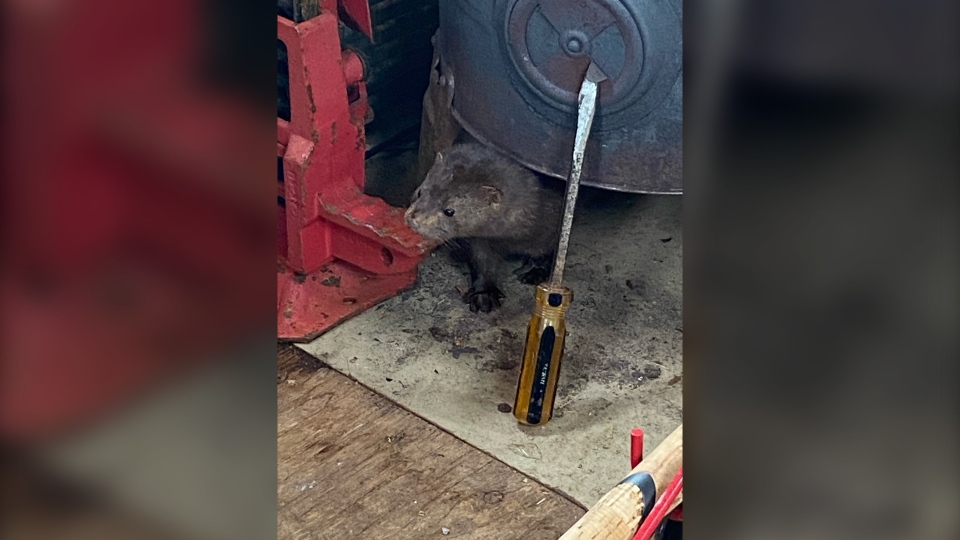 The couple posted a video of him staring at his lost dinner, and it has garnered more than 2.5 million views.