'A tradition that's kind of been lost': Winnipeggers look to bring back Red River ice harvesting

A group of Winnipeggers has been spending time harvesting ice on the Red River – a tradition that has largely been lost with time, but one this group is trying to bring back.

Peter Hargraves, an architect with Sputnik Architecture, is among the team harvesting ice, which will be used in a new art exhibit coming to Downtown Winnipeg.

Hargraves says the harvesting process begins with the harvester cutting a long trough in the ice using a chain saw. The ice is then unloaded from the water using a skid steer, and cut into large blocks. 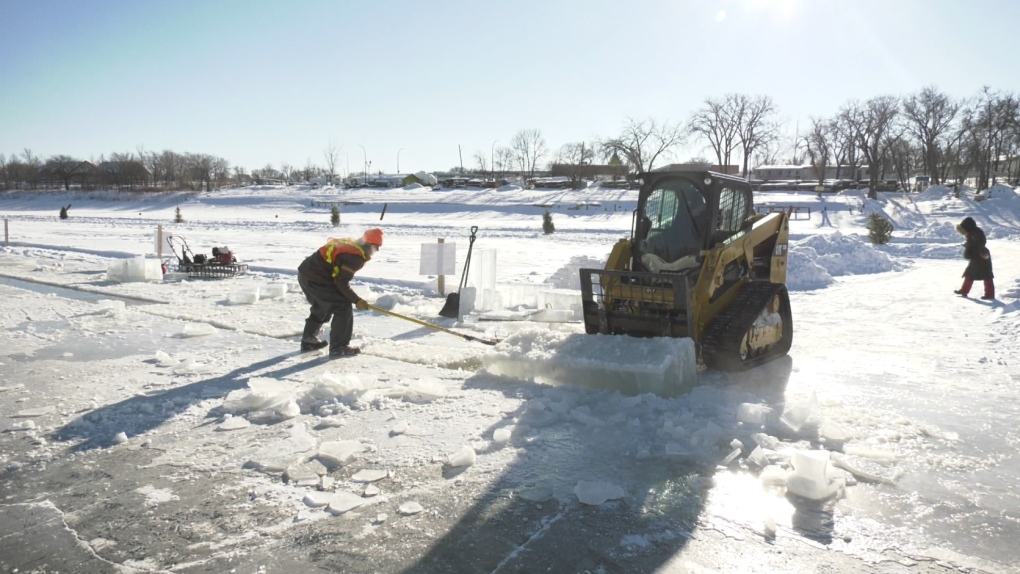 "It's harder on very cold days," Hargraves told CTV News while harvesting the ice on Jan. 20.

"When it's cold like this all the equipment freezes up – the chainsaws freeze, we freeze. But we don't have the wind chill today, so it's actually quite nice. (It's) quite a nice day to be out here." 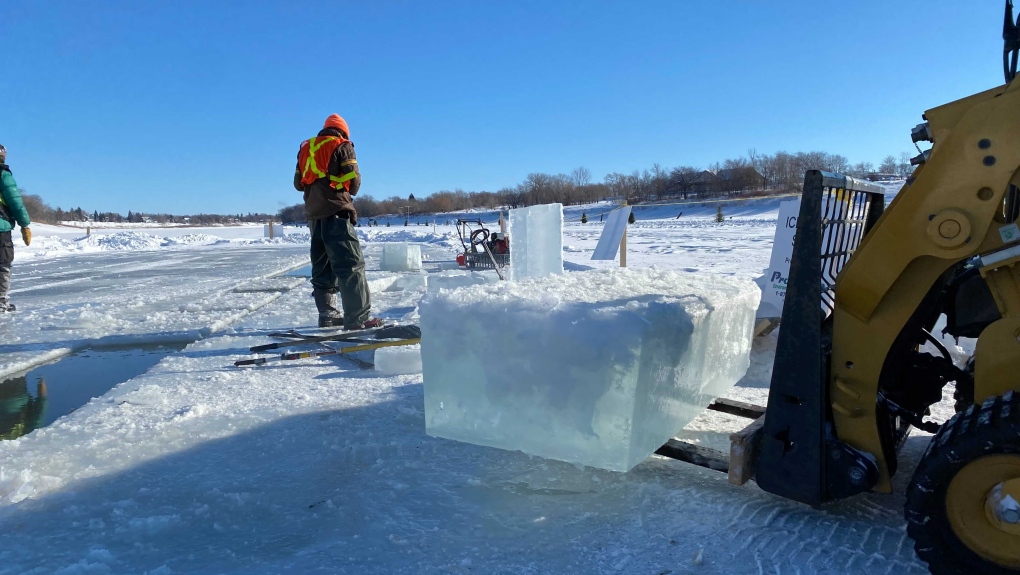 Hargraves said the team has been harvesting ice blocks from the river for the past few years. His first big harvest was back in 2017 when the team built a five-metre cube of ice for London-based artist Anish Kapoor

"We do it one time a year, and it's a lot of fun when we're doing it," Hargraves said. "It's a good adventure." 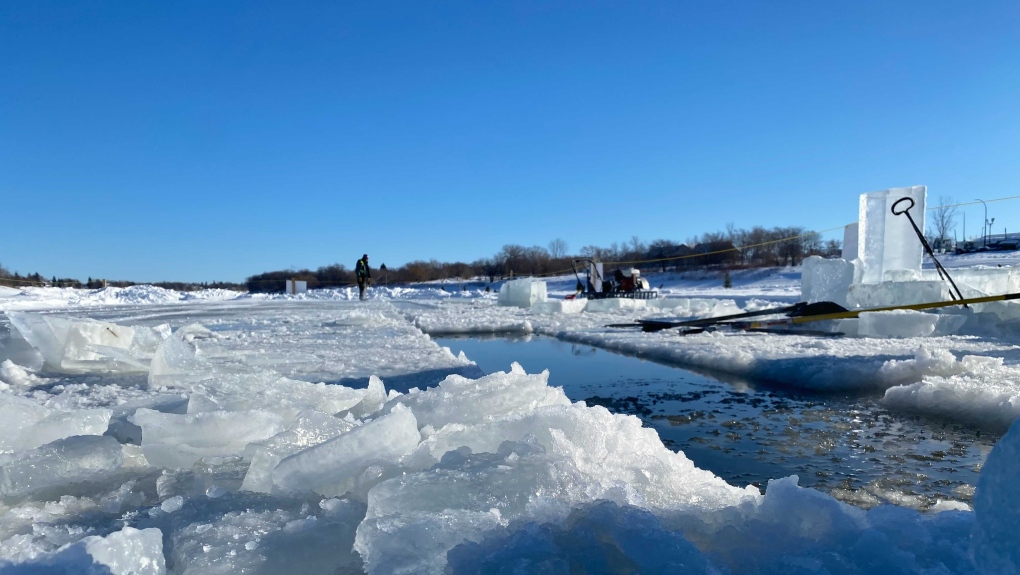 While Hargraves and his team have only been harvesting ice from the river for the past few years, ice harvesting has a long history in Winnipeg – one that Hargraves said has largely been forgotten over the decades.

"There are probably lots of old-timers that know how to do it, but it's a tradition that's kind of been lost," he said. "And we're trying to bring it back." 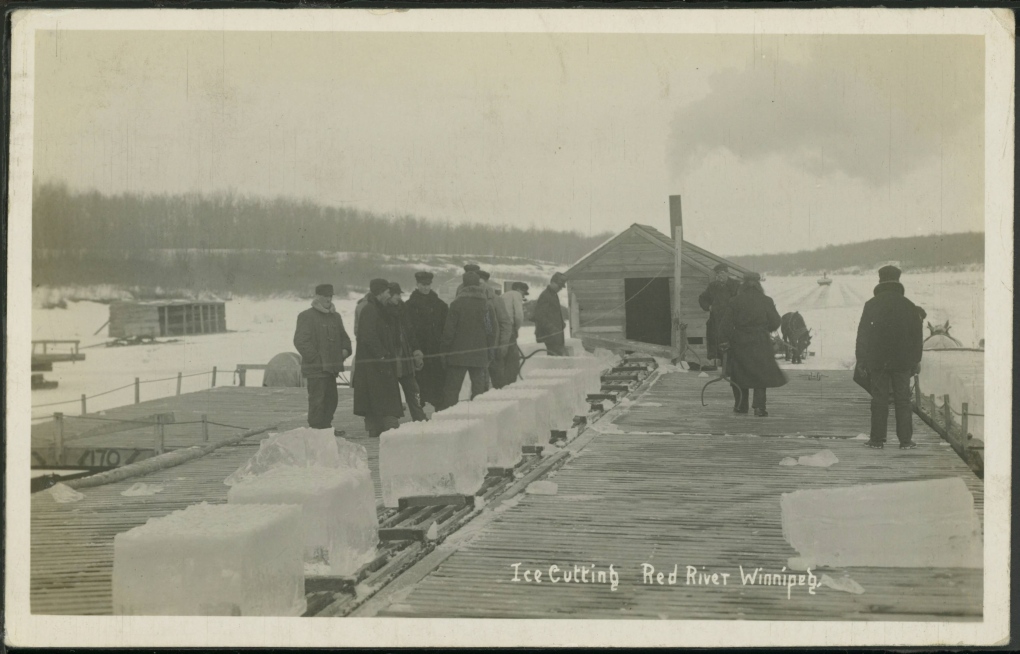 Photographs from the early 1900s in Winnipeg give a glimpse at what the ice harvesting industry entailed.

Instead of chain saws, ice-cutting blades or a cutting sledge pulled by horses were used to cut troughs in the ice. The ice blocks were then loaded on a sleigh to be delivered to homes and storage facilities in the area. 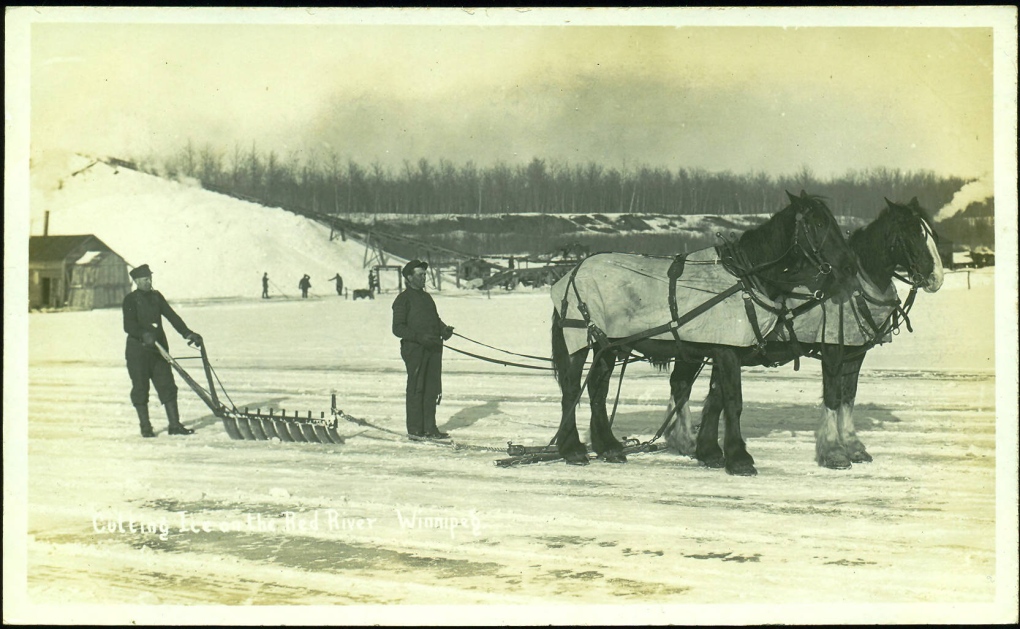 "It sounds ridiculous, you'll never be old enough to understand this, but we didn't always have refrigerators," 71-year-old Norm Norris told a CTV News reporter. "We used to have an iceman who came to various houses."

He said the block of ice harvested from the river would be stacked in an icebox.

"That would be your refrigerator for the week until he came with another block of ice, and that's how we used to do it back in the day."

Norris has first-hand experience – he started as a labourer at the Point DuBois Power Plant with the City of Winnipeg Hydro in the 1970s. Part of his job was to cut the ice away from the plant's gates on the river.

"To do that you would work with big ice saws," he said. "Then you cut out your pattern, and you started removing it with big ice tongs and stacking, and usually stack it on a sleigh and haul it away." 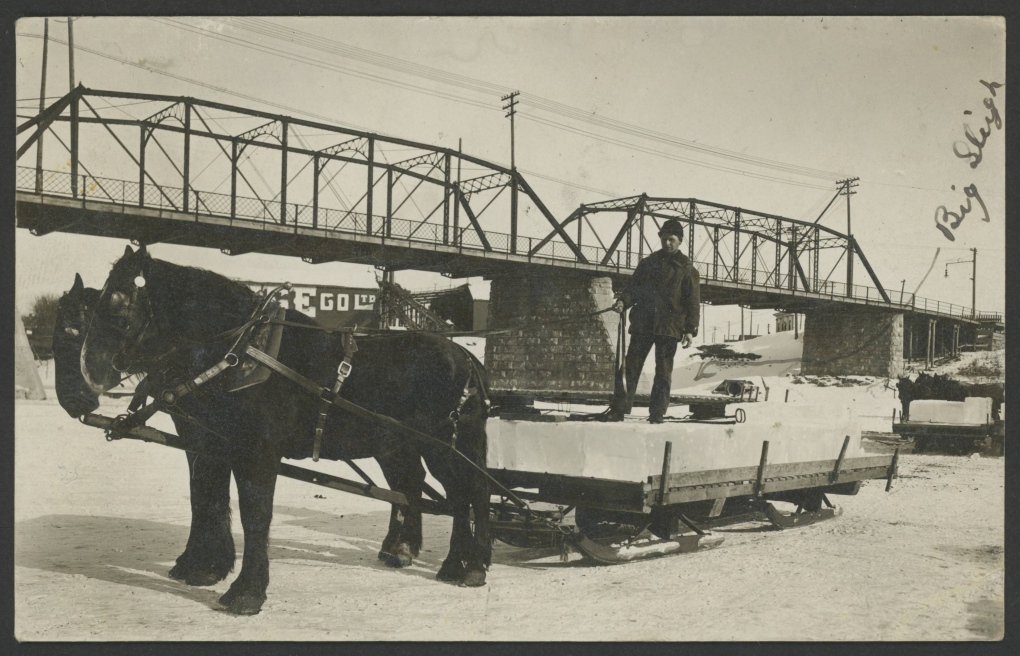 A man stands on a sleigh loaded with blocks of ice harvested on the Red River in the early 1900s in Winnipeg. (Source: The Rob McInnes Postcard Collection/ Winnipeg Past Forward)

The ice Hargraves and his team is harvesting won't be destined for an icebox; instead, the blocks are in the process of being turned into art.

Hargraves said the blocks are being used in the creation of 11 ice sculptures on display throughout Downtown Winnipeg. 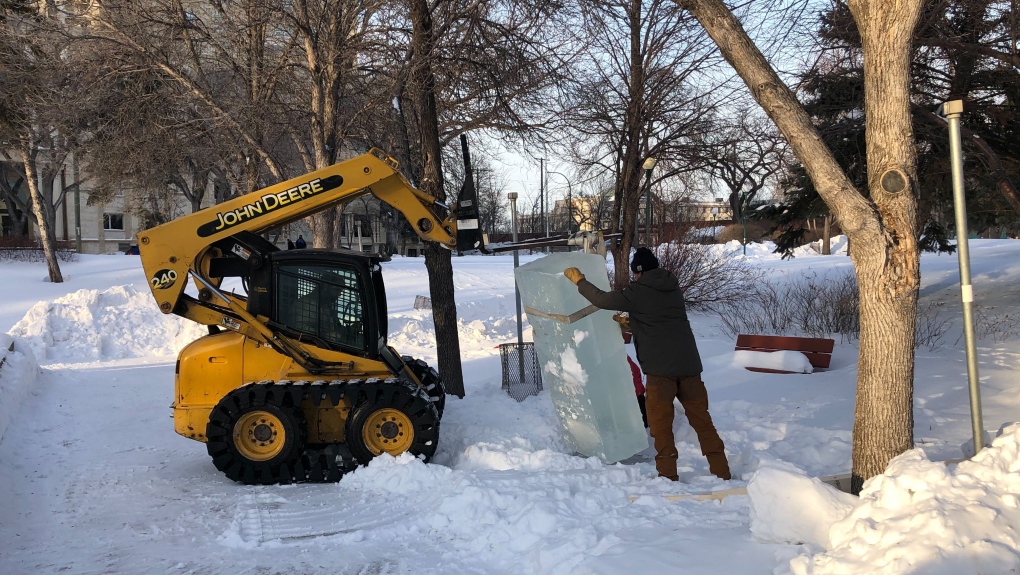 Ice harvested from the Red River in January is brought to Downtown Winnipeg on January 28, 2022, for an ice sculpture exhibit. (Source: Ken Gabel/ CTV News Winnipeg)

"You know, it might be a little bit sad to think that the sculptures are gone when the sun comes out in summer. But at the same time, you can have an experience with it and a memory and that's kind of how art works," Hargraves said.

"You don't get to take home Picasso's paintings and have them at your side all the time. You go and see them enjoy them. And then once you're home, you enjoy the memory of it."

Montreal has 17 suspected monkeypox cases; officials say it's 'not highly contagious' or severe

Montreal Public Health said they're asking health workers to be alert for monkeypox cases but said the illness is also not extremely contagious and is the milder of two strains. There are 17 suspected cases in the Montreal area.

The former clerk of the British Columbia legislature has been found guilty of fraud and breach of trust in connection to allegations of improper spending made against him.

An expert in Canadian policing says the New Brunswick officer who killed a 26-year-old Indigenous woman during a wellness check two years ago was following police training.

Prince Charles and Camilla, Duchess of Cornwall, have started their journey to Canada's North, where they are scheduled to speak with First Nations chiefs as the final day of the royal visit focuses on Indigenous issues and climate change.

The spotlight in a Virginia courtroom has turned to attorney Camille Vasquez this week.