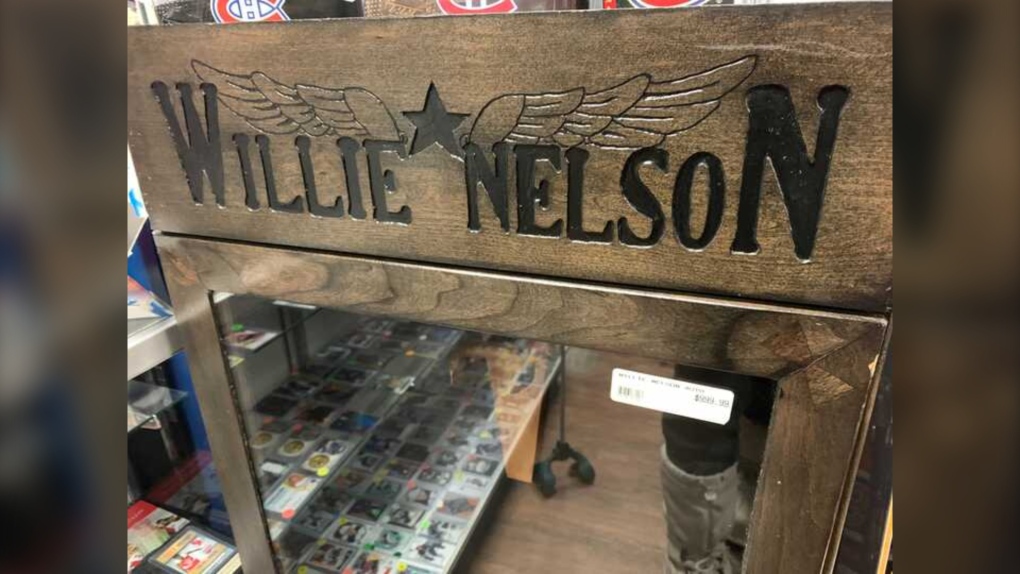 One Winnipeg store is missing $2,000 worth of merchandise after two guitars - one autographed by Willie Nelson and the other by Kid Rock -- were stolen last week.

According to the store’s owner Ryan Haynes, the robbery took place when two customers came into The Bench Warmers Collectibles and asked about autographed frames.

Haynes noted he was out of the store at the time, but his partner was there helping the customers.

“[The two individuals] asked him if he could downstairs, grab it, bring one up and show it,” Haynes said in an interview on Tuesday.

“When he went downstairs, the two individuals ended up going into our display cases where we have the guitars and they grabbed the two guitars and took off.”

Haynes added that the customers had been in the store before.

He said the guitars were some of the most valuable items in the store, adding that both guitars had certificates of authenticity and cost $999.99 each.

The store even had custom display cases made for the autographed instruments.

“We’ve invested quite a bit of money into these two items, Haynes said.

“They’re two of our bigger items in the store, which is pretty unfortunate.” 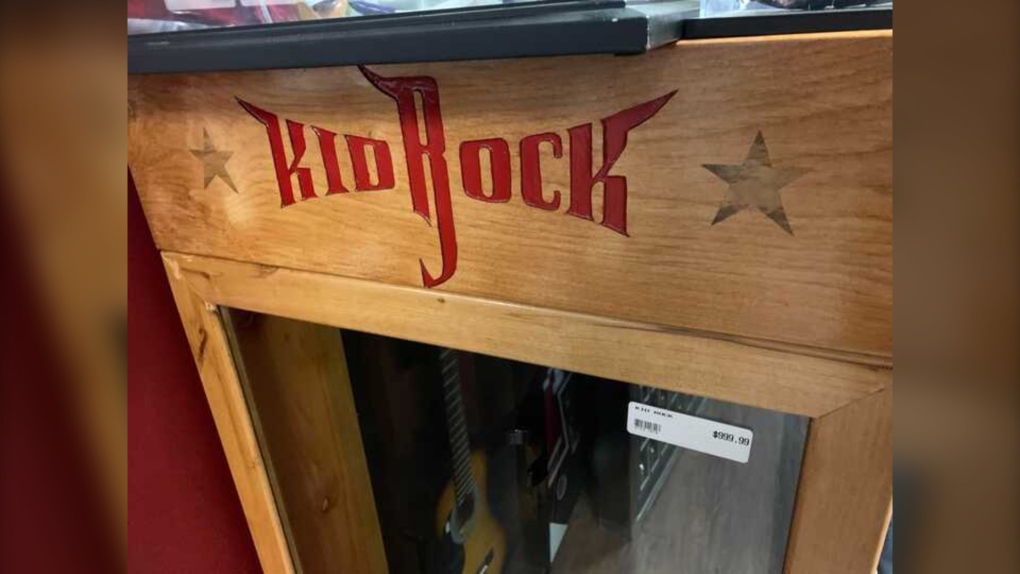 Haynes noted the timing of the robbery was especially unlucky, as the store’s security camera was not recording due to a power outage brought on by Friday’s storm.

Haynes said the robbery is especially hard on the store, as it is a small business that’s been struggling during the pandemic.

“This hurts us right now. We’re struggling to make it by every day,” he said.

However, Haynes said he is hopeful they will get the guitars back after flooding social media with news of the robbery and offering a $200 reward.

“We’re hoping somebody will tell us the individuals that took it or maybe they’ll just come back because we did put a reward as well,” he said.

A report has been submitted to police.