Disappearance of Vernon Otto now being investigated as a homicide: RCMP

Disappearance of Vernon Otto now being investigated as a homicide: RCMP

RCMP is now investigating the disappearance of a Manitoba man four years ago as a homicide.

Vernon Otto, who was 66 years old at the time of his disappearance, was last seen in Stead, Man., when he met with his family on the morning of May 29, 2018.

Otto said he was going to run errands, do yard work at his home and planned to go look at a crawler tractor.

Officers say he was spoken to later that day at around 1 p.m., and was believed to be working in his field near Stead. RCMP said this was the last confirmed contact anyone had with him.

One day later, his burned pickup truck was found a short distance from his home on Road 94 Northwest of Highway 12. RCMP said the cause of the fire was determined to be arson. 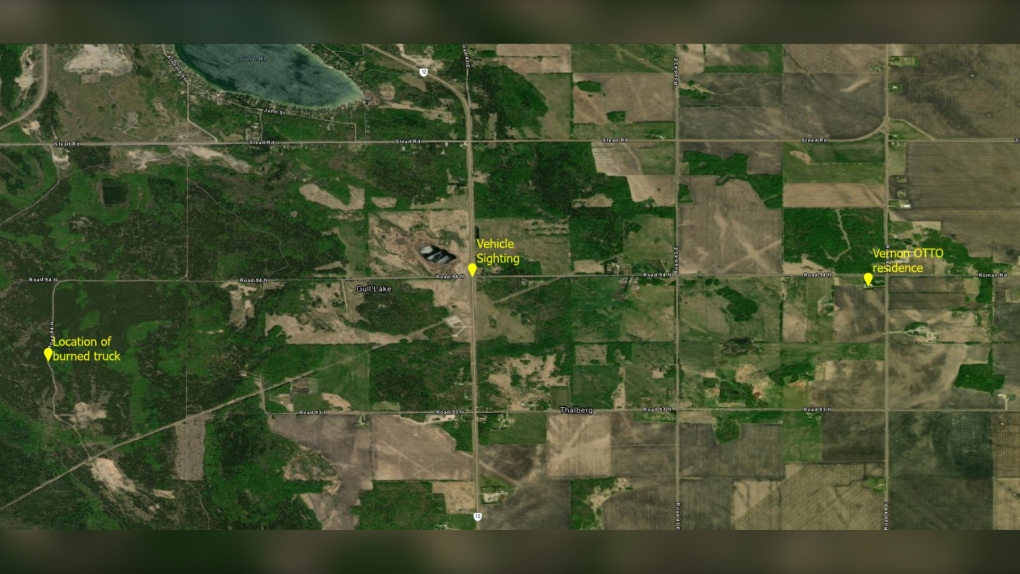 A map provided by Manitoba RCMP show key locations in the investigation into Vernon Otto's disappearance. Police are looking to speak with anyone who had potential business dealing with Vernon regarding the purchase or sale of a crawler tractor or any large construction or farming implement in May of 2018.

Earlier this month, RCMP asked the public for tips and information in connection with Otto’s disappearance. They also distributed information pamphlets in the Stead area looking for information.

“Based on the tips received, in conjunction with evidence gathered over the past four years, RCMP Major Crime Services is now investigating Vernon Otto’s disappearance as a homicide,” a release from RCMP reads.

Nothing off the table when it comes to Alberta sovereignty act: PM Trudeau

A judge declared a mistrial Wednesday after jurors said they were hopelessly deadlocked at the trial of "That '70s Show" actor Danny Masterson, who was charged with three rapes.

What New Year's resolutions are Canadians making for 2023?

A new survey reveals that Canadians make an average of 1.7 resolutions each year, but 68.6 per cent fail to stick with their resolutions after spending hundreds of dollars on their goals.