One man run over, another kidnapped during camper robbery: RCMP

One man run over, another kidnapped during camper robbery: RCMP 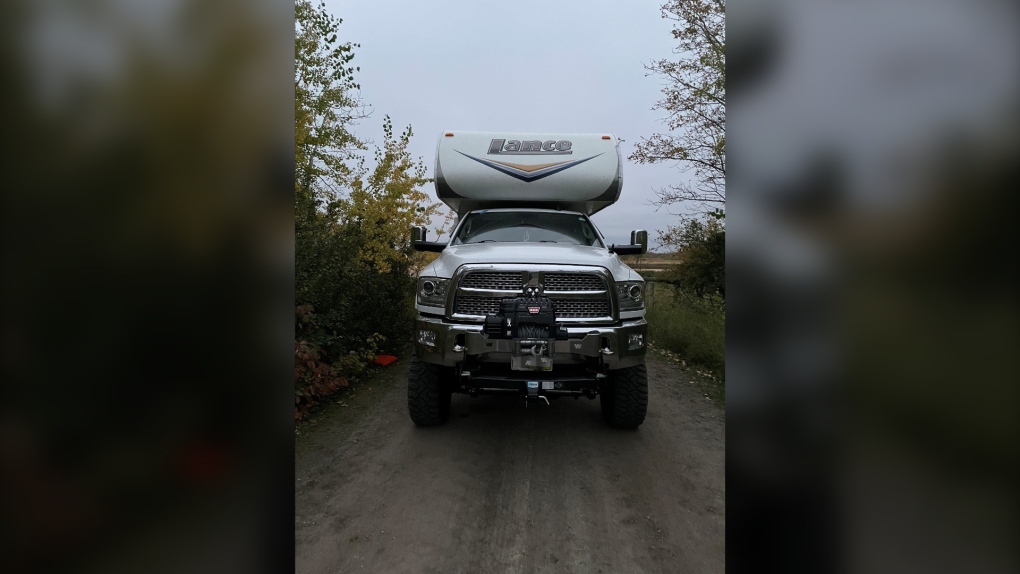 Police say three suspects stole a truck and camper early Saturday morning, which was later found near the intersection of Highway 16 and 50 with one of the victims still inside. (Source: Manitoba RCMP)

Police are searching for three suspects who they say kidnapped a senior and ran over another man while stealing a truck and camper on a Manitoba highway.

Mounties from the Portage la Prairie detachment were called Saturday at around 4:30 a.m. to the incident that happened on Provincial Road 227 in the RM of Westlake-Gladstone.

Police say two men were travelling in a truck with a camper when they stopped for the night on PR 227 off Highway 16. One man slept in the truck, and the other slept in the camper.

According to Mounties, three men opened the door to the truck at around 4:30 a.m. and yelled at the victim to get out of the vehicle. He was then assaulted and threatened with a firearm, police say.

The suspects then got inside the truck and ran over the victim as they drove off.

According to police, the suspects knew there was another man inside the camper when they fled.

RCMP found the truck and camper shortly after near the intersection of Highway 16 and Highway 50. The suspects were gone but another victim, a 69-year-old man from India, was found safe inside the camper.

The other victim, a 33-year-old man, was taken to hospital with non-life-threatening injuries.

The suspects are described as male, possibly Hispanic or Indigenous, wearing dark clothing. Police say one man had a large build and was wearing a dark-coloured mask over his face.

Actress Kirstie Alley has died after a brief battle with cancer, her children True and Lillie Parker announced on her social media.

Elon Musk's Neuralink, a medical device company, is under federal investigation for potential animal-welfare violations amid internal staff complaints that its animal testing is being rushed, causing needless suffering and deaths, according to documents reviewed by Reuters and sources familiar with the investigation and company operations.