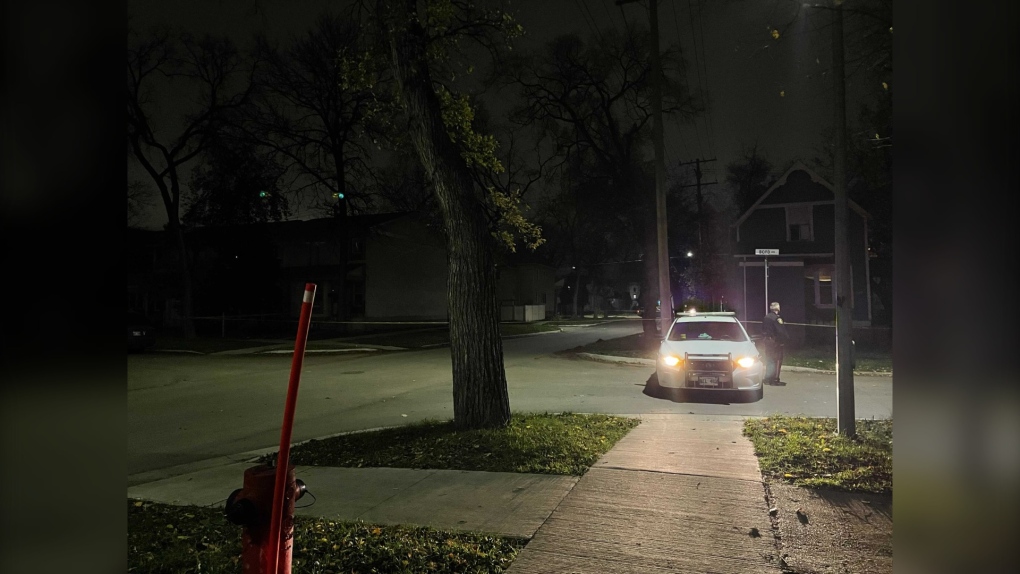 Police were called to the assault around 4:15 a.m. on Oct. 19. (Source: Ainsley McPhail/CTV News)
WINNIPEG -

A “serious assault” in Winnipeg’s North End has forced road closures in the area, according to Winnipeg police.

The assault was reported to police around 4:15 a.m. on Tuesday. Aikins Street is closed between Boyd Avenue and College Avenue, and is expected to remain closed throughout the morning as officers investigate.

One person was taken to the hospital. Police did not provide any information on this person’s condition or any details on the person’s identity.

As of 5:30 a.m., no arrests have been made, but several people are being questioned. Police note the “situation is still fluid.”