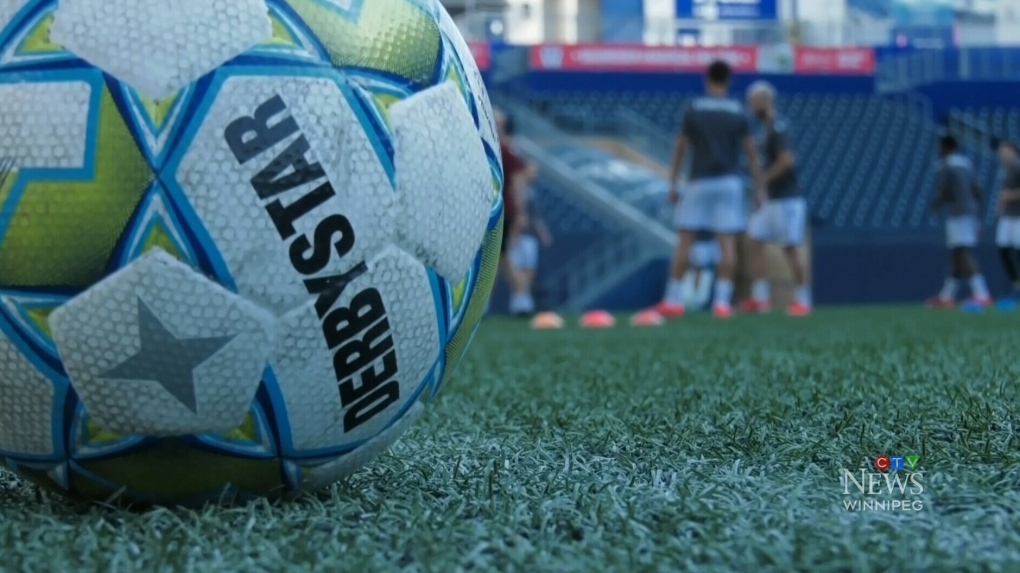 Early goals by Moses Dwyer and Austin Ricci gave Valour FC a 2-0 victory over defending Canadian Premier League champions Forge FC at Winnipeg's IG Field in the first game of the season for both teams.

Dwyer scored from the penalty spot in the sixth minute after Dejan Jakovic took down Ricci in the box. Dwyer's stutter step in the run-up to his penalty was enough to throw off goalkeeper Triston Henry, who dove the right way but not far enough to reach the ball.

Valour doubled its lead 20 minutes later through Ricci's determined individual effort. The 25-year-old forward intercepted a loose back pass from a Forge defender, darted towards goal, cut back to split two defenders before beating Henry low with a left-footed strike.

"It's great to start the season off with a win, a clean sheet, and basically assert ourselves," said Ricci. "We're confident in our abilities and we know we can carry it on forwards. To be honest, we came in expecting to get a win and that's what we did."

Ricci celebrated the goal by plugging his ears with his fingers, a symbol he said was directed at Valour's critics.

"Everyone in our locker room believed in ourselves," he said. "We know we have a strong supporting cast. It didn't really matter about the outside noise. We had a game plan and it worked well."

Valour failed to make it past the first round at the Island Games last September.

"This year, hopefully we get a little bit of a different opinion," added Ricci.

The defending CPL champs Forge came closest to getting a goal back in the 87th minute when substitute Chris Nanco's powerful shot from the edge of the 18-yard-box beat Valour goalkeeper Jonathan Sirois but rattled the crossbar. Sirois made two saves for the clean sheet.

Fans were not allowed inside Winnipeg's IG Field, where Valour and the CFL's Blue Bombers play home games, but several of them gathered outside to cheer on their club at a distance.

All eight CPL teams are playing at IG Field for the first part of the season -- a 29-day single-city stretch being dubbed "The Kickoff."

Later Sunday, Cavalry FC held on for a 2-1 victory over York United FC.

Cavalry took the lead through Sergio Camargo's 32nd-minute goal before Jose Escalante made it 2-0 in the 51st.

Diyaeddine Abzi replied for York United in the 79th but the comeback fell short.

This report by The Canadian Press was first published June 27, 2021.