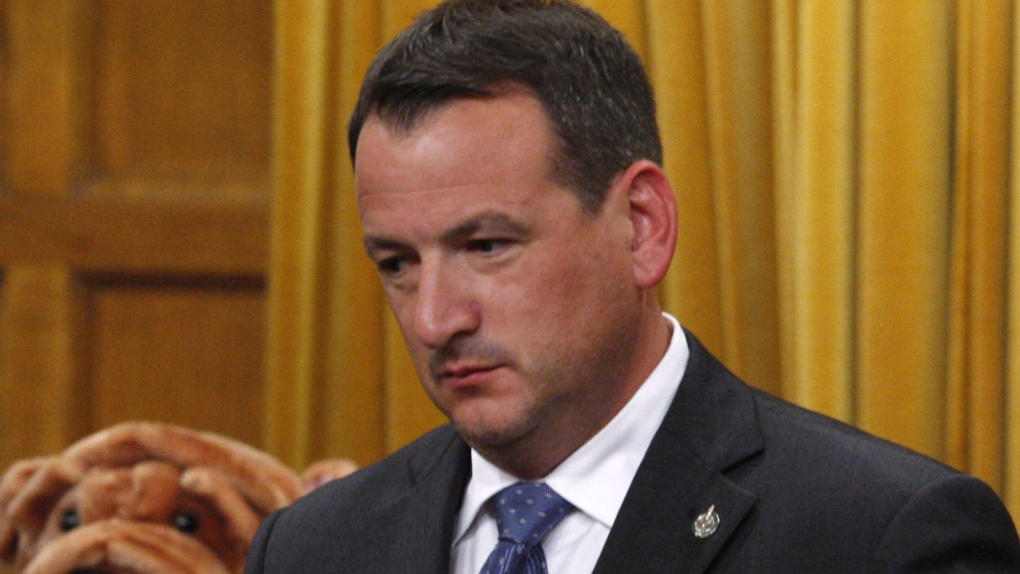 In comments Friday following his first speech in Quebec since taking on the cabinet post March 19, Greg Rickford said that First Nations are at the heart of responsible resource development. (File image)

MONTREAL -- Canada's new Natural Resources minister said First Nations must be an "integral" part of the process for any new energy or mining project.

In comments Friday following his first speech in Quebec since taking on the cabinet post March 19, Greg Rickford said that First Nations are at the heart of responsible resource development.

"We've seen that when those communities are involved in the environmental assessment process... they support these projects because they understand them and get an opportunity to put their essential input into the environmental aspects of responsible resource development," he told the Montreal Council on Foreign Relations

The MP representing the northwestern Ontario riding of Kenora has a long history of working with First Nations, from his work on the massive northern Ontario mineral development Ring of Fire, to dealing with a housing crisis in Attiwaspiskat and working as a nurse in one of the poorest aboriginal communities in the country. He has also served as parliamentary assistant to the minister of Aboriginal Affairs and Northern Development,

Former prime minister Brian Mulroney recently urged a more collaborative approach to resource development, saying there needs to be agreement between all the players including the First Nations, the provinces and environmental groups.

In addition to his more conciliatory approach with First Nations, Rickford, a 46-year-old lawyer, is also distinguishing himself from his predecessor -- current Finance Minister Joe Oliver -- with his more generous attitude toward environmental activists.

"I think that it's fair for them to take their protest to the street in a peaceful manner and we understand their message," he told reporters.

Rickford added that developing Canada's natural resources won't be done as the expense of protecting the environment.

Alyssa Symons-Belanger, one of a few hundred demonstrators who gathered outside the downtown Montreal hotel where Rickford spoke, said the minister may have changed but the federal Conservative government's policies remain.

"It's still a Conservative government that believes in the exploration and expansion of oilsands... and I don't think a new minister of natural resources will really turn things to renewable energy and alternative energy," she said.

While taking a less hostile line with critics, Rickford insisted that exporting Canada's natural resources, including energy which accounts for nine per cent of Canada's gross domestic product, is crucial to support the economy and hundreds of thousands of jobs.

He said the election of Philippe Couillard's Liberals in Quebec on Monday presents a "refreshed" opportunity to advance natural resources development in the province.

The minister also praised the new government's desire to bring back its northern development strategy and said the process that led to the approval of Enbridge's 9B pipeline reversal is a model for other projects and will help wean Quebec off foreign imports.

"The solution for the future is to replace the imported oil by Canadian oil... so Quebec isn't condemned to eternally depend on foreign producers."

Rickford declined to wade in on the U.S. timetable for deciding on the Keystone XL pipeline or the next steps for Northern Gateway. While not directly indicating if TransCanada's (TSX:TRP) Energy East pipeline should be approved, the minister said he believes the public will rally behind the project if environmental analysts reinforce that pipelines are safe.