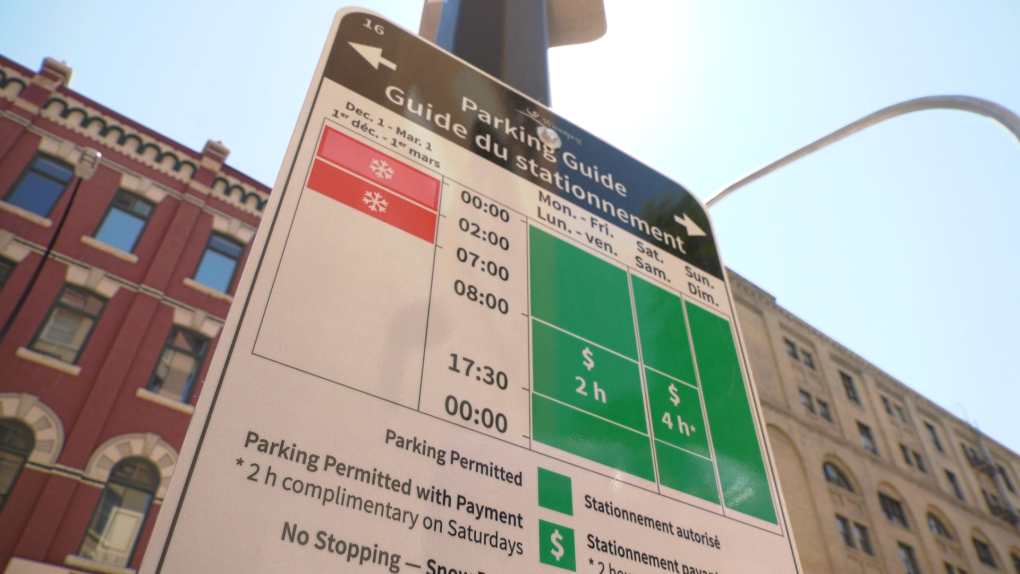 New parking signs in the Exchange District are part of a city pilot program meant to simplify the issue (Glenn Pismenny, CTV News)

WINNIPEG -- New signage meant to simplify Exchange District parking is getting mixed reviews and could be adding confusion to an already confusing issue.

“I know there's been some pretty humorous feedback on social media. A lot of it is out of context without, you know, understanding these are guides on the backs of the signs and kind of a secondary thing to consult,” said David Pensato, executive director of the Exchange District Business Improvement Zone.

Pensato said parking is a perennial hot topic in the area and that the existing signage often resulting in people getting tickets.

The intention is to use the new signage in combination with the existing regulatory parking signs. That way people can use them to double-check if parking is permitted as they leave their vehicle. 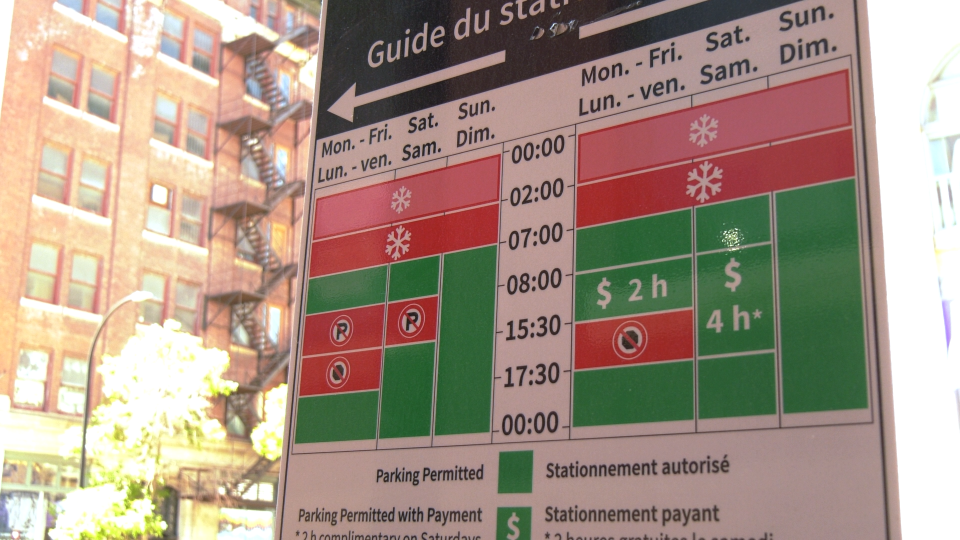 Similar signs are used in some American cities and have been well received.

“The city came to us trying to help and to run this a pilot, so it really is just trying something new,” said Pensato. "Businesses that we've had conversations with are pretty happy that the city is trying something different to try to untangle parking.”

As part of the pilot program, the signs have been placed on the backs of existing poles on three different roads; Bannatyne Avenue, King Street, and Arthur Street.

They feature a colour-coded timetable that outlines all the parking bans in the area. 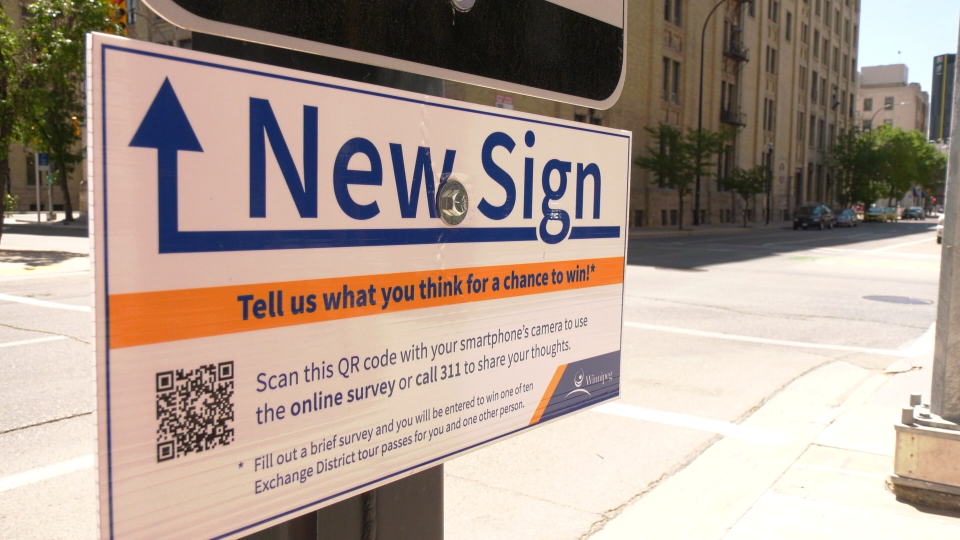 The city says it wants feedback on the new sign design and people have until the end of July to weigh in on the issue.

“Some kinds of consultation you can’t really do with a survey and a checklist. You really have to have something out in the real world people can test,” said Pensato.

The signs have been up for less than a week. Pensato said it is still very early in the feedback process to know if the signs are being helpful or if they are adding to the parking confusion.