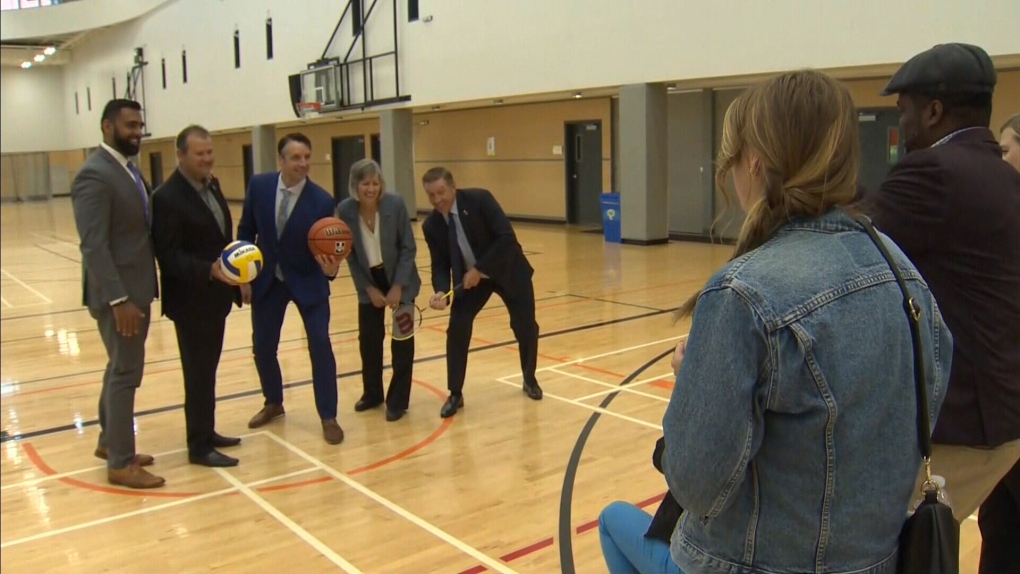 According to a news release, the Pathway to Safer Sport program focuses on three pillars - communication to build awareness, prevention strategies, and support services for those who have experienced maltreatment.

It includes a toll-free phone number to provide immediate confidential support, as well as a new web page to provide tools and resources.

“To make real change in this area, we have to prioritize by mandating and requiring this type of training, it becomes important, and that’s critical,” said former NHL player Sheldon Kennedy, who suffered abuse as a child player.

Kennedy was one of several speakers at the event, which also included Sport, Culture and Heritage Minister Andrew Smith and Education and Early Childhood Learning Minister Wayne Ewasko.

The Manitoba government is also making abuse prevention training mandatory for all coaches who work in the kindergarten to Grade 12 school system, starting immediately.

The training is to be done by Respect Group, which was started by Kennedy in 2004 to “pursue the prevention of bullying, abuse, harassment and discrimination.”

The $250,000 in funding will help Sport Manitoba roll out the program across the province. President and CEO Janet McMahon says they will consult with rural, northern and marginalized communities to address their specific needs.

“With this critical financial support, we can create positive changes in our province’s sport culture,” said McMahon.

An awareness campaign advertising the program and its resources is also in the works.

“I don’t know of another province that’s doing this better than Manitoba,” said Kennedy during his closing remarks. “I hope they keep leading the way because it helps others do the same.”