'No way of getting off it': Winnipeg mom speaks out after daughter dies amid a meth addiction 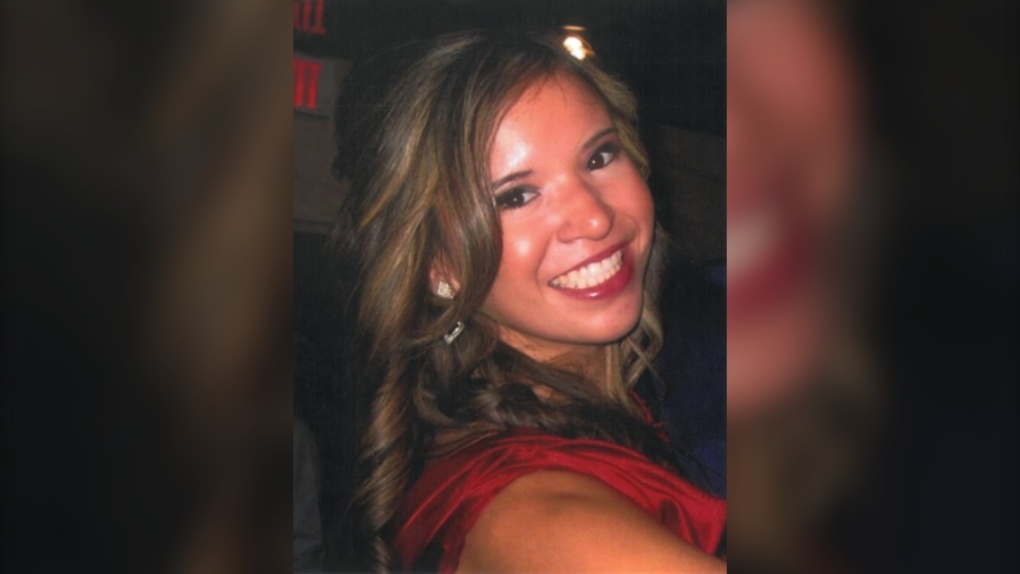 WINNIPEG -- A Winnipeg woman is speaking out about the challenges her daughter, who died following a meth addiction, faced during the COVID-19 pandemic.

Her mother, Corinne Siddle, said growing up Stephanie was a happy-go-lucky girl, who loved life and loved doing activities such as figure skating, playing piano and violin, as well as baseball and soccer.

But between the ages of 16 and 18, Stephanie’s mental illness began to set in. Her mother said she would talk about the 'demons in her head', her negative thoughts, and her negative body image.

Corinne said Stephanie first turned to alcohol, and then about four years ago she turned to meth. She said her daughter had never used meth until she went into her last treatment centre where she was introduced to the drug.

“And she was turning to that. But we went to lots of places and we tried to get help for mental health and tell people how she’s feeling and what she’s experiencing and talk to different doctors. And it was like there was no help to that situation.”

Corinne said for a parent the situation was helpless.

“It’s like you’re falling down a hill filled with gravel and you just can’t stop.”

Corinne noted that Stephanie hated meth more than anything, but couldn’t get off it because the withdrawal made her so ill.

“She just felt there was no way of getting off it because once she started taking it she was so sick when she went into withdrawal,” she said.

The exact cause of Stephanie’s death is still unknown, as it takes four to seven months for autopsy results to come in, but Corinne said her daughter died in her sleep.

THE IMPACT OF THE COVID-19 PANDEMIC

“She was probably, as most addicts I’m sure are, using more because of the pandemic and people are home more and they’re isolated more,” she said.

“And especially when they have extra money to use for drugs.”

Corinne noted that sometime before Stephanie died, she cashed a $2,000 Canada Emergency Response Benefit (CERB) cheque, and then the day after she died Corinne was given another one of Stephanie’s CERB cheques that hadn’t been cashed.

She mailed this cheque back to the government. Corinne wondered how Stephanie would be getting CERB, as she doesn’t believe her daughter qualified for the program.

“So my thought would be: why would she be getting that money?” she said, noting she didn’t know her daughter was receiving CERB until after her death.

Corinne questioned how the government deciphers who gets the money and who doesn’t.

“I would think if you put the extra money with someone that has a tendency to have addiction then the money would probably go towards something in a negative way,” she said.

She believes if not for the COVID-19 pandemic, her daughter would still be alive.

“When you’ve got mental illness and this whole mentality of her being so sick with this COVID, right? With COVID being around, it certainly didn’t help,” she said.

“We need to get these people help when they say ‘I have a mental illness problem. I have mental illness.’ They need help before they get to the point where they are addicts,” she said.

Arlene Last-Kolb, an advocate with Overdose Awareness Manitoba and co-chapter leader with Moms Stop Harm, said she’s heard there’s been a rise in fentanyl use because there’s a shortage in the ingredient used for meth.

“So what’s happening is there’s an increase of overdoses happening right now,” she said.

To date, seven people in Manitoba have died from COVID-19. Kolb said on average there are 162 overdose fatalities a year in Manitoba.

“COVID is terrible, it’s done something crazy to our world,” she said.

“But we are losing far, far more people to overdose poisoning. And if we only reacted even half of the way that we did to this epidemic, we would not be where we are.”

Last-Kolb said Manitoba needs to make naloxone an unscheduled drug and provide people with a safer supply of drugs so they don’t end up getting a tainted supply on the street.

“What would you sooner have: your child here doing a safer drug or not have them here at all?” she asked.

Last Kolb noted the need to take better care of people struggling with addictions, treat them with compassion and end the stigma.

“I want nothing from this except to help others so they won’t have to go through what we went through,” she said.