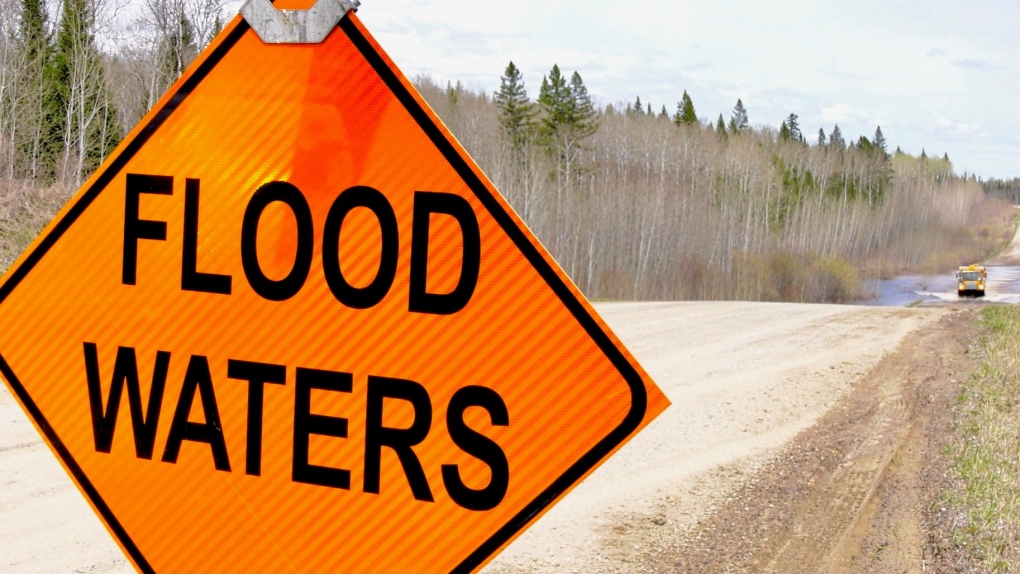 Roads in Nopiming Provincial Park and leading into and through Nopiming, which is located about 200 kilometres northeast of Winnipeg, were ravaged by flooding in May 2022. (Source: Glenn Pismenny/ CTV News Winnipeg)

The province announced the next phases of its reopening plan in Whiteshell Provincial Park, after rising waters prompted a local state of emergency last month.

The province said Wednesday water levels on the Winnipeg and Whiteshell rivers have been receding, and the next phases of reopening are underway.

It noted Provincial Road (PR) 307 remains closed to all traffic between Nutimik and Betula lakes. Betula Lake can now be accessed on PR 307 from the south via Rennie for permanent residents, cottagers and businesses only.

Residents returning to Betula Lake can expect to travel through floodwaters, the province said.

It added PR 307 between Seven Sisters Falls and Nutimik Lake remains restricted to permanent residents, cottagers and businesses only, as Manitoba Transportation and Infrastructure works to remove the temporary gravel emergency access road through flooded areas on PR 307.

Traffic will reopen once it has been removed, the province said, noting campgrounds and recreational areas will also start to reopen.

Seasonal campers will be notified via email when they can safely return.

Seasonal sites in Opapiskaw, Dorothy and Nutimik lakes are expected to reopen first, while seasonal sites at Betula Lake will remain closed until at least June 30 and road conditions improve to allow increased traffic in the area.

The province said nightly campsites at Opapiskaw, Nutimik and Betula lakes will remain closed until at least June 30, as well.

Meantime, all campgrounds will open this weekend in Nopiming Provincial Park, while the Tulabi Falls walk-in background sites and yurt will remain closed for at least another week, along with some sites at Bird Lake.

The province said PR 314 will stay closed for an extended period at Manigotagan River.

Park visitors to Beresford and Long Lake areas must travel from the north via PR 304 through Bissett, the province advised.

The Rainbow Beach Provincial Park campground closure is being extended until at least July 8 due to lasting floodwaters, the province said, but the beach is open for day use.

The province said water levels on Dauphin Lake remain very high and any strong northerly winds could cause additional overland flooding in the park.

Bird Point Provincial Park campground and boat launch will stay closed until at least July 15 due to high water levels on Lake of the Woods.

The province said reservation holders will be contacted if they are affected by a campsite closure. If affected, they can request a full refund or move their reservation to another available locations.

However, the province said you should not pre-emptively cancel reservations before being notified of a site closure. Otherwise, cancellation policies will apply.

Manitoba Parks advises all park visitors to check the Manitoba 511 website for potential detours before travelling to the park.

Furthermore, details on all flood-related closures and advisories can be found on the Manitoba Parks website.