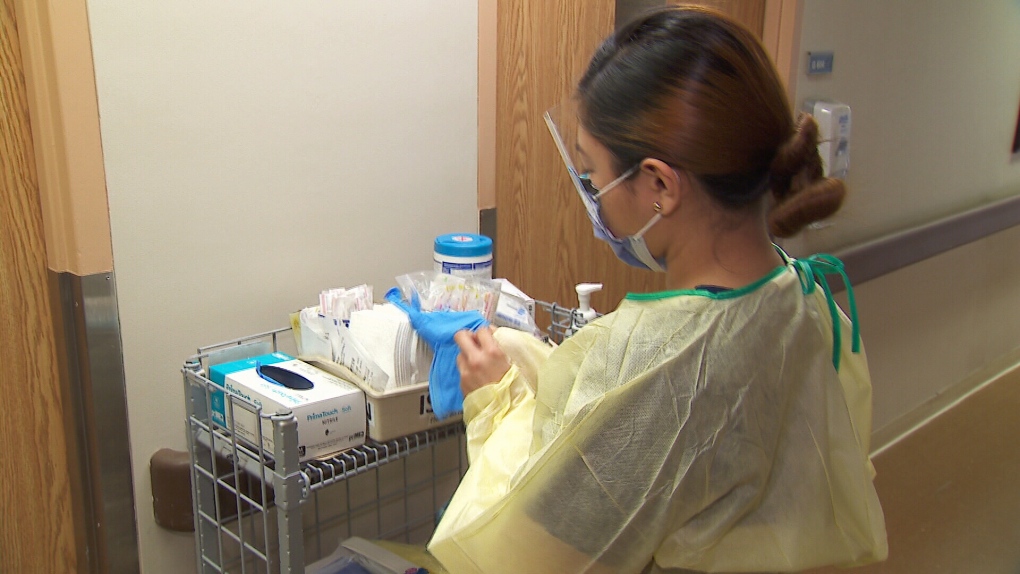 WINNIPEG -- Health care worker protection and paid sick leave were the major themes in a statement penned by the Manitoba Nurses Union and Manitoba Association of Health Care Professionals.

The joint statement is in response to a letter sent to the president of the nurses' union by Health, Seniors and Active Living Minister Cameron Friesen.

Friesen's letter reads, "A health care worker showing up to the workplace with any type of symptoms presents a risk not only to patients but to coworkers as well."

"Unfortunately, over the past days, we have learned of examples where this direction has not being followed, and many healthcare workers have now been instructed to self-isolate for 14-days as a consequence."

The union is calling on Minister Friesen to do more to support health care staff.

"He must ensure that health care staff sent home to self-isolate are provided paid leave, rather than force them to use their own sick time or vacation. He must ensure that presumptive workers compensation coverage is provided for those who test positive," reads the nurses' union's response to Friesen.

When asked about the issue at Sunday's daily provincial COVID-19 update, Lanette Siragusa of Shared Health said, "I think it was January or February, we were having those conversations about what do we do when a healthcare worker gets sick."

"I guess on principle, that's what income protection is for, so sick time, there's other bank time as well," she said.

Siragusa said the issue has to be resolved between human resources and the unions.

Long-term care homes are being offered masks and gloves, but only if they can pay big

B.C. taxi company offers free rides to and from work for health-care workers

Tiger tests positive for coronavirus at the Bronx Zoo

How is COVID-19 affecting other medical procedures?